I just sat back and enjoyed this game too much to look for clever things to photograph, but I did finally catch two shots of something I had been observing on the bench for several games. Since his hamstring injury, Manu spends a lot of time stretching on the bench. In one amazing feat, he stretches his "hammies" by touching his foot to his forehead as he sits on the bench. Please don't try this at home, boys and girls. 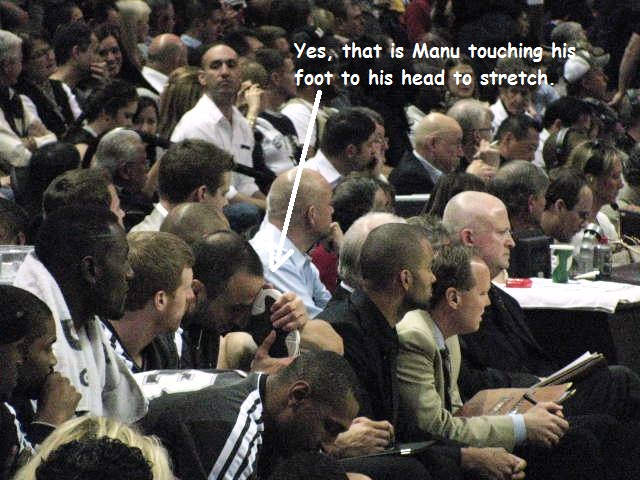 After seeing Manu do this, several of his teammates usually try it. This has continued for several games, and the other guys on the bench get no better at it, but they still keep trying. Here is Matt Bonner's attempt: 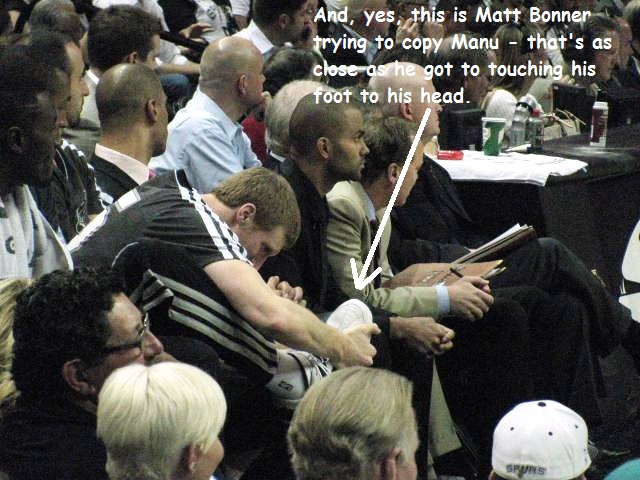 I decided not to do a post of photos from Tux and Tennies - too much work to do a story that would only stay around on the page for less than a day, but I will include one here. If you want to see more of them, go to the PTR page on Facebook - Tux and Tennies or to my Facebook page - Spurs Prom 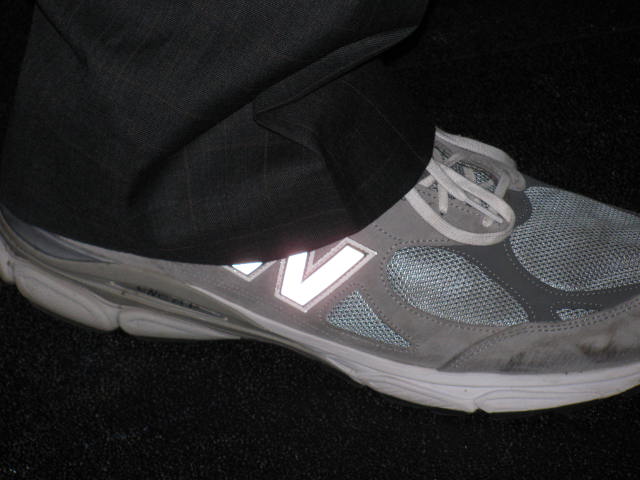