Last night the San Antonio Spurs revisited the Palace at Auburn Hills hoping to keep the winning streak alive in the absence of Tim Duncan and Manu Ginobili. Instead they get throttled by a young Detroit Pistons team missing their star rookie big man, Andre Drummond.

Share All sharing options for: Road Rehash: Spurs Get Rocked in Detroit 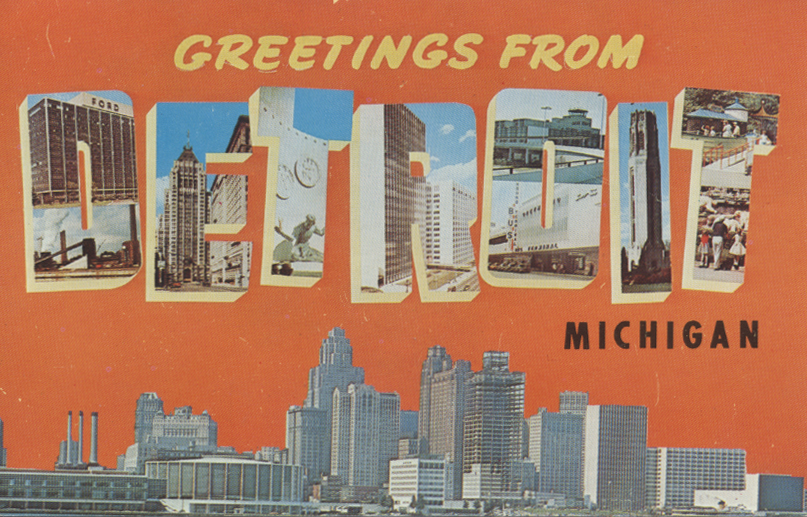 Even with last night's victory, the Palace was dead in sound. It's been almost six full seasons since the last time the Pistons were of any relevance in the NBA. In the 2007-08' campaign, the Pistons finished second in the East at 59-23 and with an impressive home record of 34-7. Detroit lost in the Eastern Conference Finals that season to the eventual NBA champions, the Boston Celtics. Since then, life just hasn't been the same in the Palace. 2007-08' was the last winning season for the Pistons, who have since only returned to the playoffs one time (and were unceremoniously swept out in the first round). Since the 2008-09', Detroit's once vaunted home court advantage has produced a 91-93 record.

Unfortunately, that isn't the worst of the news for the Pistons franchise. Per game fan attendance for the Pistons this season is yet again at the bottom of the league at 74%. Last season the Detroit attendance was just over 65%, one of the worst in recent years for the NBA. Over the last decade, the Pistons have seen a 22.3% drop in attendance, putting the team in the top ten of all professional sports for declining attendance. Also keep in mind that these are the "announced" attendance numbers, which have about as much accuracy as a blind archer with Tourette syndrome.

It's as simple as "winners attract, losers repel" when talking about the fluctuation in fan attendance (the Lions and Tigers were able to pull in decent numbers) but for Detroit, the problem is two-pronged. The economy of Detroit has been suffering for what feels like forever. Recently, Detroit's official unemployment rate was roughly 1 out of 5 people though it is speculated that the actual (unofficial) number was much more severe. Since 2000, nearly 25% of the city's populous has moved on to different regions. This country is one-plus decade into the 21st century but many parts of the Detroit metropolitan area have the appearance of a 1980's Soviet satellite slum.

Yet there is some optimism rising from all this gloom and doom. Led by the once near-dead motor industry, the city of Detroit has been making a slow comeback. Though still higher than the national average, the unemployment rate has been cut in half and property value is heading back in the favorable direction. Crime rates are still getting worse but yet some business is starting to return. Detroit still has a big hole to climb out of but at least that hole stopped getting deeper for a troubled city. The Pistons will need to find that big star to help put butts in the seats but hopefully, for the sake of Detroit basketball, the return of money to the people's pockets will help alleviate the team's recent attendance woes.

A defensive performance like that only fuels the fire of Spurs fans clamoring for a trade. Not that a player like Al Jefferson is a defensive juggernaut (he isn't) but a cardboard cutout could have done a better job defending than the Spurs did last night. And probably would have rebounded better too.

The Pistons are one of the worst offensive teams in the NBA, averaging just under 95 points per game. Yet last night the Spurs defense made the Pistons look like the showtime Lakers (an exaggeration, obviously). Detroit feasted on easy points inside, grabbed 15 offensive boards, knocked down nearly half of their looks from beyond the arc, and only turned the ball over 12 times. Even a Skip Bayless can figure out that something like that is a winning formula.

I can't believe he missed that one. Kawhi has a terrific in-between game.

- Sean Elliott commenting on a rough facet of Leonard's game.

Yeeahh... I almost completely forgot that he played last night. This is how little of impact he had in the game. Diaw just couldn't compete inside with Monroe and Maxiell and suffered on getting out to his man away from the basket as well.

@blanchard48moh: So apparently Tim Duncan is a top-five defense all by himself.

@TortiousTroll: Pretty sure if I got a halfway decent screen I could blow by Gary Neal, microfracture and all

The following spreadsheet will be posted with every Road Rehash. It will compare the Spurs offensive and defensive numbers and the their efficiency during the road trip against the cumulative numbers of the entire season. You can see that the numbers are almost identical across the board with one huge exception - rebounds.

Data pulled from BasketballReference.com. Effective Field Goal Percentage (eFG%) adjusts for the fact that a 3-point field goal is worth one more point than a 2-point field goal. Defensive Rebound Percentage (DRB%) is an estimate of the percentage of available defensive rebounds the team grabbed. FT/FGA measures the team's ability to get to the line.