Tim Duncan falls to the court several times in every game he plays, and has mastered a somewhat awkward way of rolling himself back up because of the limited mobility the brace on his left knee affords him. But as I watched Martell Webster fall into him and saw Tim curl up on the floor, clutching his left knee, I knew he was not going to roll up off the floor. It seemed liked an eternity, but only 9 seconds ticked off the clock before play was stopped. I did not take photos of his misery, but in a testimony to what he means to this team, the Spurs bench emptied with every player and coach walking out on the court to check on their fallen captain: 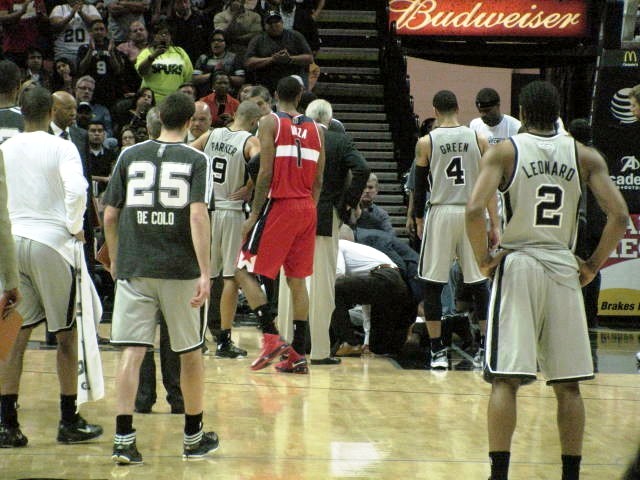 If you look closely you will see the face of former Spurs assistant coach Don Newman (to Tony's left), now with the Wizards. He was one of the first people on the court.

A somewhat shell-shocked Spurs team gathered in a huddle before play resumed: 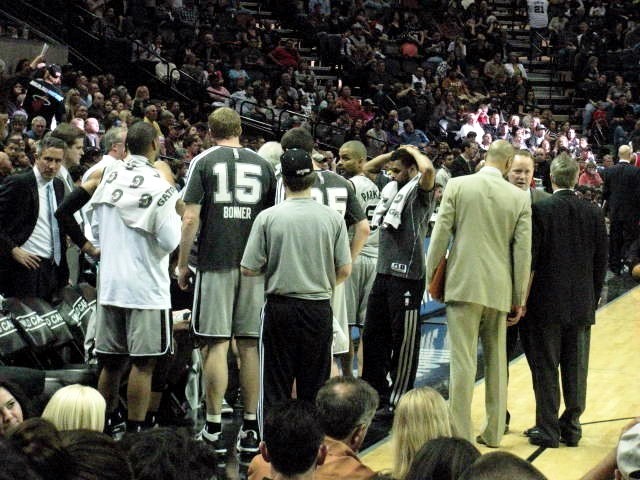 There was action in this game, including a very rare dunk by Gary Neal. I don't remember him ever dunking since he became a Spur: 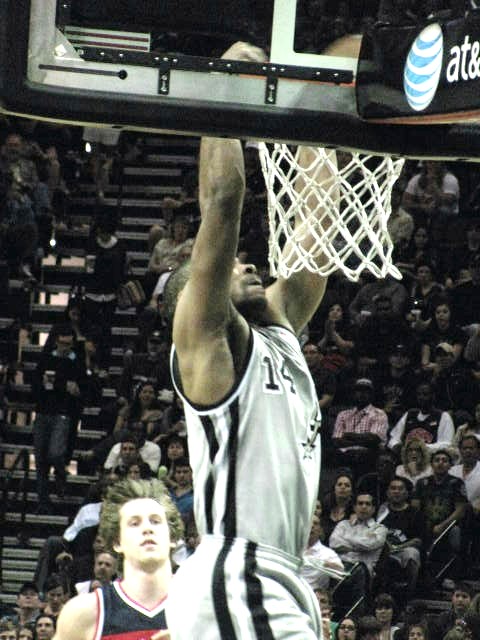 Danny Green started the game with a dunk off the opening tip, but in the second half, he chose to softly lay this shot into the basket. 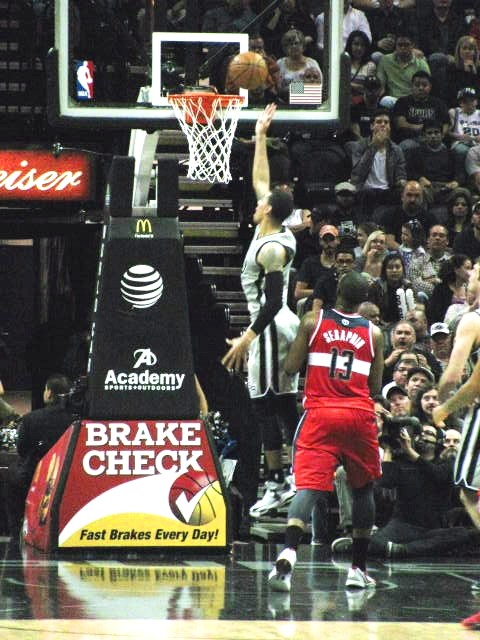 Before the game I had Matt Bonner sign my Let Bonner Shoot poster as I led the autograph line in chanting "Let Bonner Shoot." He laughed and said, "You guys are embarrassing me," but he also said thank you. 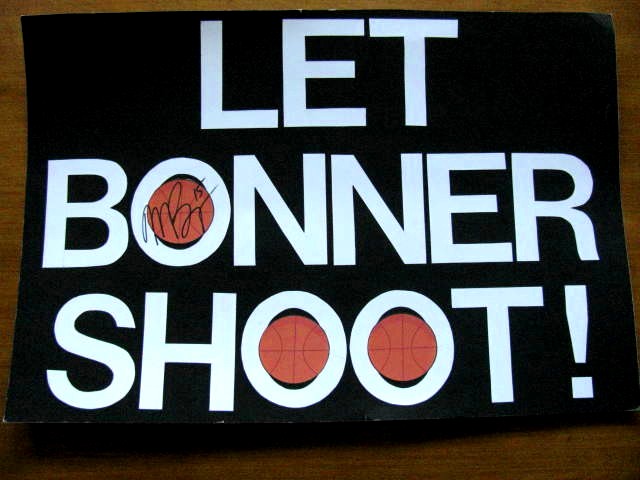 On display in front of the AT&T Center was the Toyota Tundra that has been customized by Duncan's Black Jack Speed Shop - on the customized grill is a Spur logo. The truck is being raffled to raise money for the San Antonio Area Food Bank. 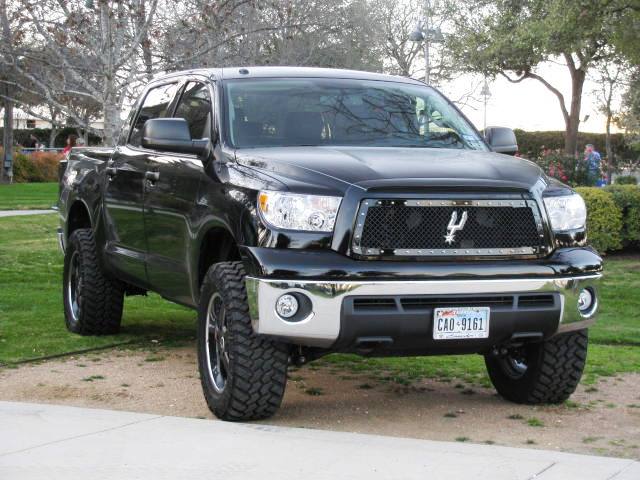 Each wheel also has a Spurs logo: 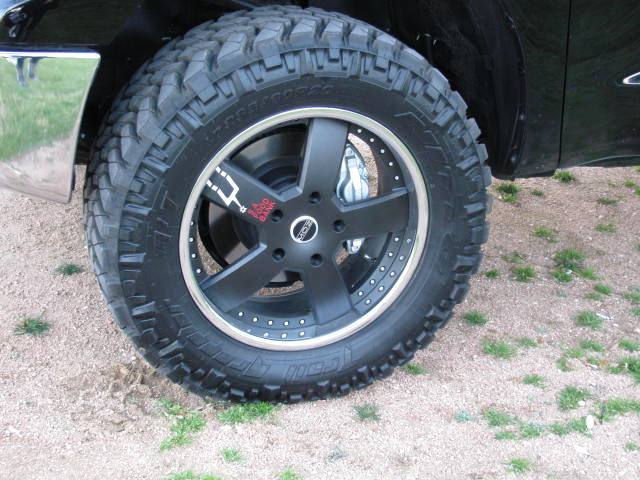 See ya'll on the flip side of the road trip! 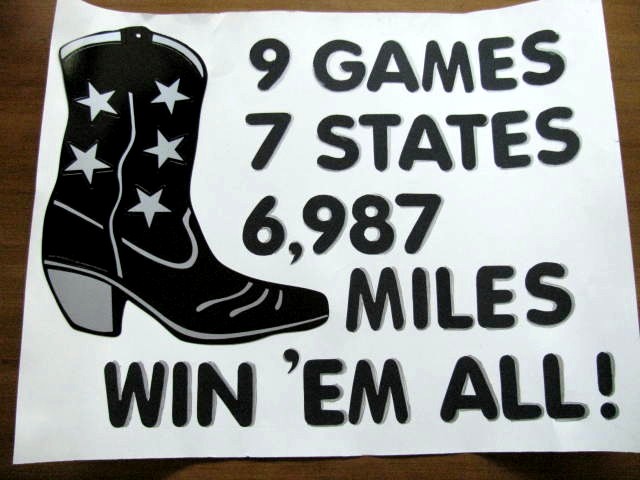