Led by All-Star Tony Parker, the San Antonio Spurs continued their road trip domination on Thursday night with a 116-90 drubbing of the Los Angeles Clippers. On national broadcast and with the two early season losses to the Clippers in the back of their minds, the Spurs proved once again that they're a force to be reckoned with.

Share All sharing options for: Road Rehash: Rolling Down Rodeo 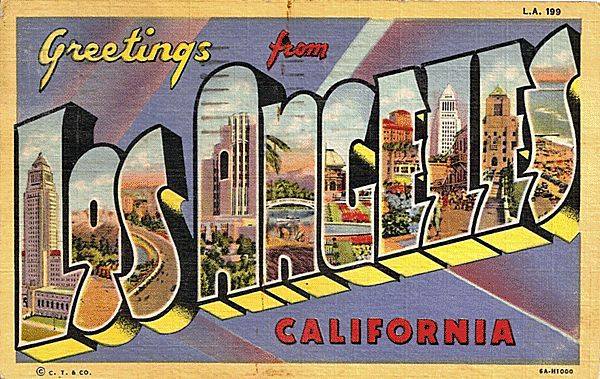 In the 28 years of existence within the city of Los Angeles, the Clippers have only made the playoffs five times. Their in-city rivals, the Lakers, have only missed the playoffs twice within that same span. The two teams have played 129 times since the Clippers relocation and the "rivalry" has never been close. The Lakers hold a 97-32 advantage over the Clippers, never losing a season series until the early 1990's.

In the near three decades of co-existing within the City of Angels, the Clippers have only officially surpassed their Staples Center roommates in average attendance once. That one time wasn't until last season, when the NBA witnessed the birth of "Lob City." Though the current season is far from over, the Clippers are outdrawing the Lakers yet again. Not only are they beating the Lake Show's average home turnout but they've surpassed the Laker's highest attendance average ever recorded in Los Angeles.

Now this new high water mark in attendance may be due to various factors but, regardless of the reason, the Clippers are glad to now at least have some bragging fodder against their in-city big brother. And after nearly thirty years of being the runt of city's sports team litter (only team in the Staples Center without a banner of any kind), they'll gladly take anything they can throw back into the face of the NBA's golden boys. Because as far as the Lakers were concerned, the Clippers were nothing more than a stray dog that the city brought in.

The inner arena displays are primarily that of the Lakers and the famous Star Plaza out in front of the Staples Center is adorned with massive statues of past Laker-greats and other famous L.A. sports legends. The Lakers locker room is much larger and more luxurious than that of the Clippers. In reality, the Clippers have never had a true home court feel until the 2011-12 breakout season.

The Lakers are still and will likely always be the main attraction in Los Angeles but the two clubs are heading in opposite directions. Jerry Buss is gone, Kobe Bryant and several of his teammates are close to retirement, the Lakers coaching staff is a mess (until Jim Buss' ego allows Phil Jackson to come back), the team is at odds with one another, and are at risk to miss the playoffs. The Clippers are young, talented, exciting, have an up and coming head coach in Vinny Del Negro, and (most importantly) are winning more games than they ever have in their L.A. tenure.

Things are indeed looking golden for the true fans of the red and blue and those tortured souls deserve it. Clipper Nation has long suffered under the vile thumb of their team's cheap black-hearted owner, Donald Sterling. There are still those who fear that Sterling may not be all-in on winning basketball and chasing the first red and blue NBA championship banner. With Sterling's history of sleazy, penny-hoarding tactics, any anxiety lurking within Clippers' fanbase is easily justified.

Donald Sterling bought the then San Diego Clippers in 1981 for $12.5 million. With game attendance barely breaking 4,000, Sterling moved the franchise to the City of Angels. According to Forbes, the Clippers franchise is now valued at $430 million - even despite 20 seasons of 50-plus losses under Sterling's ownership. Sterling never cared for winning basketball, only the profits through minimum investment into the team and pulling from the NBA's revenue-sharing system. Sterling cut costs at so many corners it's a bit of a shock that he has never asked players to cover the cost of their own uniforms.

The Clippers will be entering the 2013 offseason with a substantial amount of cap room but will need to use most of it if they wish to resign Chris Paul. Paul is currently making $17.8 million in the final year of his contract and, despite an injury-laden 2012-13 campaign, will likely draw monetary numbers closer to that of Kobe Bryant's monstrous $27 million per year contract. Next season's numbers aren't set yet but it will likely be around the same figures and with the new tax penalties set in place by the current CBA, I'll bet my wing-wong that Sterling won't venture beyond the luxury tax line. The Clippers can always fill roster spots with player minimums and the mid-level exception (a la Miami Heat) but will it produce? Sterling's ownership produces a cloudy vision of the Clippers' future.

Some Facts About the Host.

Check out Fred Silva's recap of last night's game if you haven't done so already.

Tiago Splitter played a great game against Blake Griffin last night. Splitter got physical with the Sooner Bully, forcing tough shots from various spots on the floor. Splitter even got in the face of a Griffin monster slam that has made many a poor man a running joke around the league.

What do we say to the God of Dunks? "Not today."

Last season, Tiago Splitter would have been destroyed by Blake Griffin. The fact that Tiago got in there and successfully challenged a power dunker, (even with Blake using the off arm, makes me much more confident in the team's title chances. Spurs need that inside tenacity in the post-season.

- Chris Webber on the 6'2" Tony Parker. (Thanks for the correction, seanthemonster)

Tony Parker knew he had to come out of the gate on fire and he did just that. Parker quickly set the tempo of the game, directly contributing on 13 of the Spurs first 17 points and going 5 of 6 from the floor with 4 assists in the first quarter overall. For most of the game, Tony had more makes than Chris Paul, Chauncey Billups, and Eric Bledsoe had combined attempts.

People can argue that Paul is better than Parker all they want. The fact is that Tony has historically dominated Chris Paul (25-12 all time) and last night both point guards went up against some of the best defenses in the NBA - and only one made it look easy.

Chris Paul just couldn't keep with Parker or figure out how to get around the screens set for the Spurs point guard. Paul struggled to get any looks, only throwing up six shots in his near-30 minutes of play. One of the best passing guards in the NBA (if not the best), Paul also failed to get the Clippers offense rolling against the pressure defense of the Spurs. Many of the Clippers' possessions ended with last second shots and that all starts with their primary offensive facilitator, Chris Paul.

@Monroe_SA: I am not making this up: @tonyparker went to line and there were scattered M-V-P chants ... at Staples Center? SAS fans everywhere

@JMcDonald_SAEN: Shockingly, the possession where Blake holds the ball until the shot clock almost expires then tries to go one-on-one didn't work.

@kevinarnovitz: Clipper big men don't know whether to jam, drop or hedge these high ball screens. But, you know, it's Parker, so you're terminally screwed.

The following spreadsheet will be posted with every Road Rehash. It will compare the Spurs offensive and defensive numbers and the their efficiency during the road trip against the cumulative numbers of the entire season. As you can see, the Spurs offensive efficiency across the board has increased during the trip. Quite amazing considering the schedule and rash of injuries.

Data pulled from BasketballReference.com. Effective Field Goal Percentage (eFG%) adjusts for the fact that a 3-point field goal is worth one more point than a 2-point field goal. Defensive Rebound Percentage (DRB%) is an estimate of the percentage of available defensive rebounds the team grabbed. FT/FGA measures the team's ability to get to the line.Open image in new tab/window to view full size.