Road Rehash: Of Kings and Pawns

The Rodeo Road Trip continued last night with a visit to Sacramento, home of the Kings. Tony Parker continued with his brilliant play despite some rough spots, leading the Silver and Black to their 43rd win of the season. Today's Road Rehash looks over the game again and the ongoing saga with the Kings franchise.

Share All sharing options for: Road Rehash: Of Kings and Pawns

A Game of Thrones 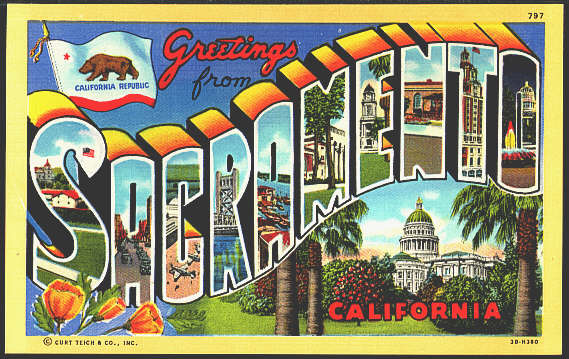 When asked about the city of Sacramento's chances of retaining their team, more politically correct tripe spilled from the mouth of NBA commissioner David Stern.

"Certainly it's plausible to me, but I don't have a vote. But I expect the owners to have a very open mind on this. And it isn't plausible yet to talk about it until the predicates have been fulfilled."

The outgoing NBA commissar, er... commissioner addressed the media before the festivities of All-Star Saturday on the pending sale of the Sacramento Kings by the much maligned Maloof brothers and the imminent relocation up North to the Emerald City. The Maloof stooges have an agreed upon deal with a Seattle group led by investor Chris Hansen. The Henson group will be acquiring 65-percent of the Kings franchise for a reported $525 million.

Purportedly, the Maloofs received a hefty down payment earlier this month, which was no doubt immediately invested into UroClubs or a casino with a Big Mouth Billy Bass theme. The Hansen led group is planning to have the team play in the Sonics' old home of KeyArena for possibly two seasons before moving into a brand-spanking-new $490 million arena. The deal is still pending a vote by the NBA Board of Governors but, despite a last ditch effort by Sacramento to hold on to their team, the sale and relocation to Seattle is all but over (hold your fire, Kings fans. I don't hate your team). The sale of the franchise requires a 75 percent majority for approval but the decision of relocation requires only a simple majority.

Sacramento mayor and former Phoenix Sun Kevin Johnson has promised by March 1st to provide the NBA league office with a competitive bid to the one received from the Seattle group, including a new city-subsidized arena in downtown Sacramento. David Stern side-stepped questions about his influence on the team's relocation, rather empathizing with the NBA owners on their mid-April decision concerning the "tough" issue. Assuming Mayor Kevin Johnson is able to come through with his promise of a competitive proposal on a new arena, league owners still do not have enough incentive to vote against relocation and David Stern is silently guiding the owners towards the decision of moving trucks and product re-branding.

Don't forget that Stern was very active in getting a deal brokered between the Maloofs and any warm body that could sign a valid check. Stern has no interest in keeping the King franchise under the irresponsible control of the Maloof family or in the struggling economy of California's capitol city. According to the WR Hambrecht + Co Sports Finance Group, only one franchise has suffered a greater decrease in value (Detroit, -5.0% 5Y CAGR) between the 2005-06 and 2010-11 seasons that the Sacramento Kings (-4.6% 5Y CAGR). The smaller-market Kings (over 2.6 million people in metropolitan area and 20th largest media market in U.S.) have also been suffering through terrible attendance figures over the past five seasons, averaging 28th in per game fan turnout and 24th in attendance percentage.

If approved, the NBA's return to Seattle would be good for the NBA as a whole. The basketball universe and sports media outlets would voraciously devour a return of the SuperSonics, only briefly mourning Sacramento and the true Kings fanbase (who are led by some great people). The Kings can't count on their small market brethren either since the NBA revenue-sharing model also plays into the favor of the other small market teams. Finances are distributed from the high-profit teams to smaller-markets, who are more susceptible to terrible ticket numbers when team play suffers. With the move to the bigger market of Seattle, the monetary output to the league will (likely) strengthen.

"There's a great and strong application from a terrific city to bring in a third and possibly a fourth team in a brand-new building, well-financed ownership group, without the ability yet to build, because there are several things that have to be overcome," said Stern during Saturday's press conference. "But that's really good. So if you're a commissioner, you like that."

New money. Fresh marketing blood. Of course he likes that. And it would be silly to think that just because the commissioner doesn't get an official vote that he isn't significantly influencing the outcome of league's decision. When asked if he would advise, Stern jovially quipped, "I've been known to." Not that the "advisement" is needed though. With a brighter financial outlook in Seattle, most of the owners should be on-board with the move, leaving the Sacramento fans without an NBA franchise and (sadly) a highly unlikely chance of another coming their way.

Anyone Who Isn't Us Is Our Enemy.

Last night the Spurs shot 10-30 from beyond the arc. Half of those makes came from the hot hand of Danny Green making it his sixth game of five or more makes from three-point range. Three of those six games have come in the month of January. Green is currently shooting an even 54% from three this month, rivaling his 56.1% performance last April. The running joke with Green is his roller coaster hot/cold streaks - thus the moniker "icyhot." Danny has only tallied 8 games of under 40% performances from deep since January 1st (out of 22 games) so it isn't as bad as people make it out to be.

In the past I have been incredibly complimentary on the work put in by both Kawhi Leonard and the coaching staff to polish his mid/long-range game. Kawhi's percentage from deep has increased from 37.6% in his rookie season (which was a pleasant surprise) to his current 40.2%. An increase in makes is also celebrated but what makes this improvement more spectacular is that Leonard's three-points attempts per game has also nearly doubled from last season (1.7 to 3.3). This has been a huge boon for Spurs offense.

Excluding Boris Diaw, the Spurs have three +40% three-point shooters in the active rotation - Danny Green (.430), Kawhi Leonard (.402), and Matt Bonner (.435). Diaw is shooting 42.6% from deep but he doesn't take many shots per his near 24 minutes per game (1.1). Looking only at the Spurs with at least 2 three-point attempts per game, five players shoot better than 36% from deep. The only exception to that is Stephen Jackson who is currently slinging at 25.9%.

The game has gotten a bit sloppy.

- Sean Marks late in the game when it was no longer an example of how basketball is played...

The 7 turnovers almost made me give this to Danny Green but Green's mental lapses on the other end combined with the fact that Tony just played in the "nobody gives a %$#^ about ball control" exhibition convinced me to stick with Frenchie. Parker led the Spurs again in the 4th quarter by scoring 8 of his game high 30 points and tallying 3 assists, directly contributing to another 8 more points.Tony was also making his trips to the line count, knocking down 10 of his 12 attempts.

If it wasn't for LeBron James, Tony Parker should be the option for league MVP award. In fact, I'd like to propose that Tony should get the award instead of LeBron. James should just get MVM (Most Valuable Mutant) now every season - because that's what Mr. South Beach is; Something unnatural.

He Was No Dragon.

Salmons was all over the floor except for when the ball rotated over to his man - Leonard (15), Green (21), Ginobili (12). To his credit, he was one of the few Kings players hustling back on the Spurs fast breaks - including one he created by attempting a terrible pass down into the paint from the top of the three-point arc. Salmons hit two of his first three shots in the first quarter but missed his three attempts throughout the game. The 10 year veteran sat the entire fourth quarter as Kings head coach Keith Smart decided to go with Francisco Garcia and later and all-guard backcourt.

Ours Is The Fury.

What Do We Say To The God Of Death?

@benhunted: Maybe the most Spurs fans I've seen on the road is here in Sacramento. http://vine.co/v/b6nWPEVVz3j #GoSpursGo

@24writer: You know the #Kings are struggling when you heard the phrase, "blocked by Bonner." #Spurs

@FakeCoachPop: Coffee is for closers Seattle.

They'll Bend The Knee Or I'll Destroy Them.

The following spreadsheet will be posted with every Road Rehash. It will compare the Spurs offensive and defensive numbers and the their efficiency during the road trip against the cumulative numbers of the entire season.

Data pulled from BasketballReference.com. Effective Field Goal Percentage (eFG%) adjusts for the fact that a 3-point field goal is worth one more point than a 2-point field goal. Defensive Rebound Percentage (DRB%) is an estimate of the percentage of available defensive rebounds the team grabbed. FT/FGA measures the team's ability to get to the line.Open image in new tab/window to view full size.