A possible oral history of the Mexico City Arena fire

The Spurs and Timberwolves were slated to play a regular season game in Mexico City, but a fire forced an abrupt cancellation. The following is a compilation of fictional interviews with players and officials who experienced the event firsthand.

Share All sharing options for: A possible oral history of the Mexico City Arena fire

On Wednesday, December 4, the San Antonio Spurs and the Minnesota Timberwolves traveled to Mexico City for a regular season NBA game as part of the league's "Global Games" initiative. The match was scheduled to be played in front of a sellout crowd in one of the city's newest arenas - Mexico City Arena. The league's global popularity had been growing exponentially for years, as preseason games had already been played in the United Kingdom, the Philippines, and China. A regular season match-up was viewed as the next big step for a sport setting its sights on international expansion.

Unfortunately for the NBA, the league would never get to see its plans come to fruition, as the game was cancelled abruptly due to a fire just before tip-off. As the arena filled with smoke and an evacuation was ordered, hopes for the NBA grabbing the attention of international sports fans slipped away. Players on both sides walked away frustrated, and the league was left embarrassed, struggling to recoup its losses and protect its global initiative.

It was a seminal moment for the league in a year full of big stories, and the ramifications of the cancelled game will be felt later in the season. Below is a compilation of interviews with players and team officials who were there to experience the event firsthand. The quotations have been compiled and organized into a timeline for the night.

NBA Commissioner David Stern: I found a passion early on for expanding the love of basketball beyond the United States. Soccer has such a global reach, and I knew that the NBA could benefit from tapping into that potential.

Timberwolves Head Coach Rick Adelman: The NBA is a global thing. I get that. But San Antonio is practically North Mexico. How could this possibly be a home game for us?

Timberwolves forward Kevin Love: I was feeling good. The jumpers were fallin' during warm-ups, and I felt like I was in for a big game.

Spurs center Tiago Splitter: I was not in a good mood. My calf was sore, so I was not going to play. The game the day before had worn me out... Those tiny men were very fast... Coach said it was best I didn't play a back to back. He said David Stern would probably understand.

Footage of the game Tiago and the Spurs played the previous day.

Danny Green: I was looking forward to it. It's an honor to travel. No other teams got to do this. Plus, my shot had been off for like the last five games. I knew I was about to drop, like, thirty points.

Timberwolves guard Ricky Rubio: I didn't really notice it at first. I was just shooting around when I noticed the arena started getting cloudy.

Spurs forward/center Matt Bonner: As soon as I saw the smoke, I made a beeline for the locker room. I've only got a few pairs of these New Balances left, and it's so hard to get smoke smell out of clothes.

Spurs guard Tony Parker: I was scared, man. I've got a kid on the way. Plus, my Louis Vitton bag was still in my locker. It's leather, goes perfectly with my jacket, and... Anyway, it was crazy.

Spurs Assistand Coach Ime Udoka: Honestly, I still don't see what the big deal was. I've been in much scarier situations.

David Stern: Honestly, I still don't see what the big deal was. Pop sits the main guys every other game anyway. They would have been fine.

Spurs Assistant Coach Jeff Boylen: Even as it got cloudier in the arena, none of us wanted to cancel the game. For a while, we worked with some of the Timberwolves' coaching staff on possible solutions.

Spurs guard Patty Mills: Towel waving was discussed as a possible smoke dispersion method, but in the end, we couldn't find any material large enough to have an effect. Bobo's shorts are smaller than you'd think.

Spurs center Aron Baynes: Timmy and Kevin [Love] offered to cut through the smoke by tossing full court passes to each other. It sounded more effective than it actually was. But it did look cool to watch them go back and forth like that. 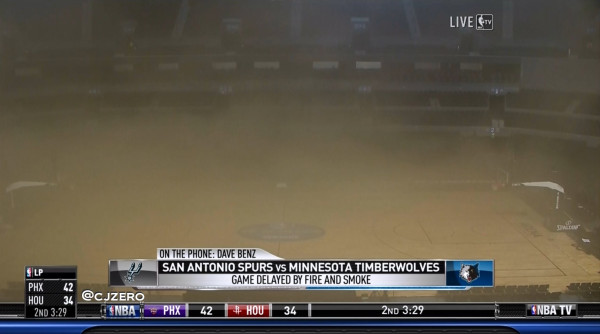 Rick Adelman: Pop seemed oddly at ease. Well, I mean he definitely looked angry, but he didn't look any angrier than he usually does.

Spurs forward/center Tim Duncan: When the news broke, we were all a little bummed. I had been on a hot streak, and the Wolves are an exciting team. I really wanted to play. But Pop didn't seem too upset. He just got on the bus and didn't say much. He seemed calm. Kind of strange, now that I think about it.

Jim Boylen: That was the only NBA event all season where we didn't have to meet with reporters.

Timberwolves forward Corey Brewer: The smoke started on our side, so we were the first out of the arena. It was a rush, people everywhere, just pushing us out. Most of us didn't have a chance to get our stuff.

Spurs guard Marco Belinelli: I was on my way out when I realized I forgot my scarf, but I turned around and saw Manu carrying it. Sometimes, I swear, it's like that guy can read my mind.

Spurs guard Cory Joseph: I just remember everybody going from really chill to really panicky. I grabbed what I could from the locker room, but people seemed pretty adamant about us leaving in a hurry.

Tim Duncan: I made it outside and started doing a head count. And that's when I realized my knee brace was missing.

Timberwolves center Nikola Pekovic: It was not total loss. I found very nice skull shield on way out.

Spurs guard Manu Ginobili: When I saw Duncan was preoccupied with looking for his brace, I told Danny [Green] to get a head count. But he was way off. That happens to him every once in a while. We ended up getting confused and left Nando [De Colo] and Cory [Joseph] behind by accident. It was a while - I can't remember how long - before we realized that we had two Triquis with us instead.

Spurs guard Nando De Colo: Those were the scariest two days of my life.

Timberwolves guard Kevin Martin: Once we got on the bus, we all started to calm down. We just tried to help each other. Luc [Richard Mbah a Mboute] was passing out the bags for us to load. That was kind of neat. I don't think Derrick [Williams] ever passed me anything.

Spurs forward Boris Diaw: As far as I know, the official word on the fire was an electrical malfunction. But I don't know. Something smelled like food. Of course, I get that smell a lot.

David Stern: Sure, I was disappointed. Who wouldn't be? I had a hard time letting go. When the teams were up in the air, on their way back home, that's when I realized it wasn't going to happen. I think it was around midnight.

Spurs forward Jeff Ayres: I was just really happy to be there.

As the smoke cleared, both literally and figuratively, many of the details regarding the arena fire began to emerge. And while Mexican NBA fans will remain disappointed, the Spurs and Timberwolves would reschedule their game for later in the year, a boost for a Minnesota team that was missing key players in addition to losing a real home game. The main question, and one that went weeks without an answer, was about the cause of the fire. After weeks of painstaking investigation, Mexican authorities identified the prime suspect: 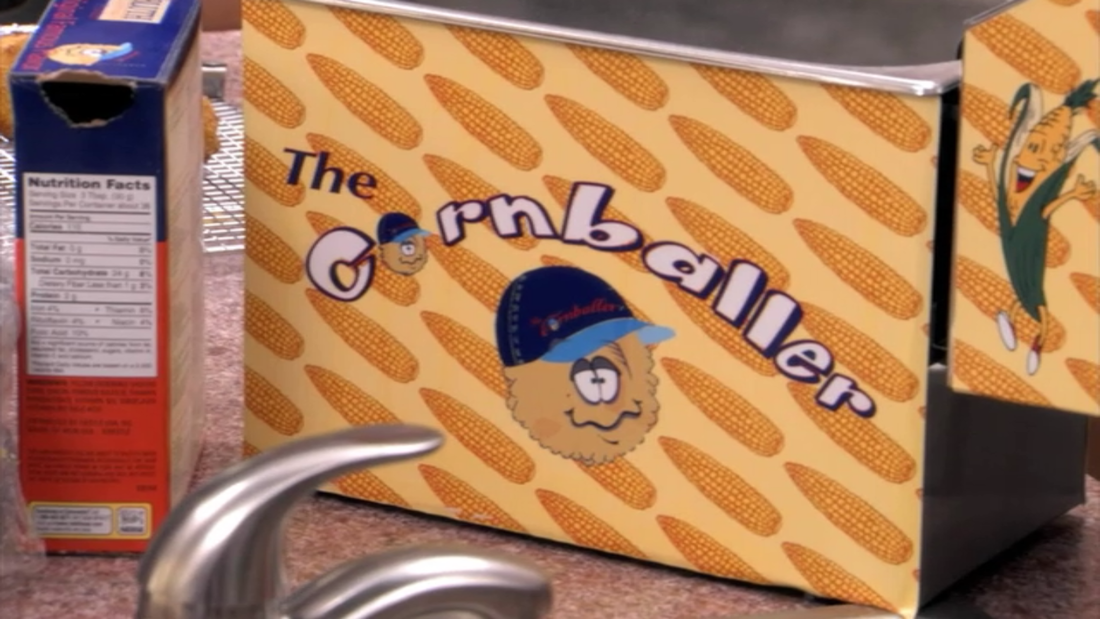 The "Cornballer," a Mexican kitchen appliance and cause of heat-related accidents.

David Stern would not see his "Global Games" initiative take off as he had planned, and the ensuing chaos of the night's events tarnished what was an otherwise successful farewell tour for the commissioner. But as the NBA moves forward with the strategic globalization of its product, perhaps league officials can rest assured knowing that the worst is most likely behind them.

Stream: The Spurs vs. Timberwolves Mexico City game that wasn't