The Spurs used a pet play to beat the Hawks

In the final seconds of Monday's matchup versus the Atlanta Hawks, Gregg Popovich drew up a play we should recognize from here on out.

Share All sharing options for: The Spurs used a pet play to beat the Hawks

Monday night's game was hyped as a chess-match between Gregg Popovich and his long time assistant. Mike Budenholzer returned to San Antonio to face his old team for the first time since becoming the Atlanta Hawks head coach, but the apprentice's squad was taken to school with a fairly familiar trick from the Spurs playbook.

For the past few years, as Tim Duncan has aged and become more of a jump-shooter, the Spurs have had to get a little creative in the ways they get Duncan the ball so that the offense didn't become predictable. One of these newer ways to funnel the ball to Duncan is to run him off of a pindown screen in the post. Here's a little breakdown to familiarize you with the action. 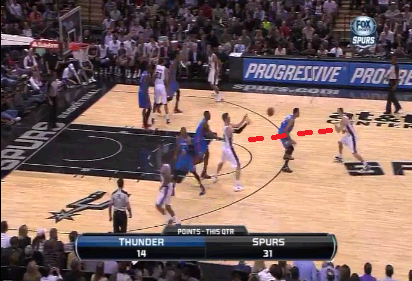 The guard has the ball at the top of the arc, and passes to the post player opposite Duncan. As that happens, Duncan's side of the floor clears out and he sets up on the block. 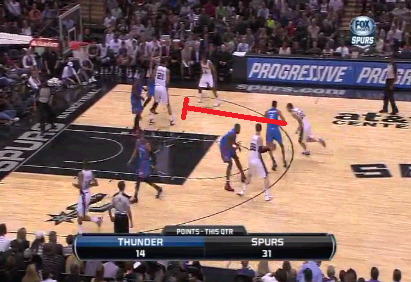 After the guard's initial pass, he runs straight down to Duncan on the block and sets a screen, but since the Spurs run their wings through the baseline so frequently, it's not immediately obvious that screen is coming. 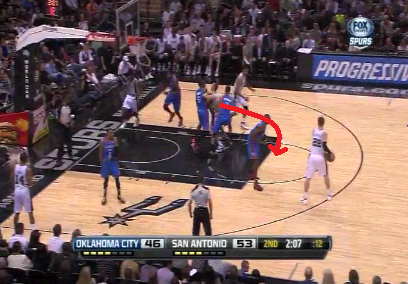 Finally, Duncan comes off of the screen, gets the ball, and has a decent look at the basket.

The Spurs' usage of this play has grown significantly in the past three years. It had gone from being something they ran in their offense once or twice during the season to being a fairly frequent call, something that San Antonio runs once every couple games. Through 15 games this season, he's had 8 plays where he comes off a pindown looking for a shot.

One of those instances happened last night, with a tied game on the line, and Duncan having his best game yet this season. This was an out-of-bounds play after a timeout, and there were about four seconds left in the game, so there are a couple tweaks on the original. 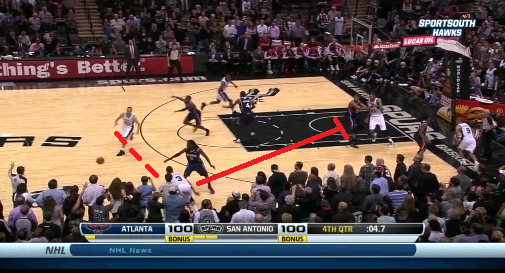 Monday night, Marco Belinelli inbounds the ball from the right side of the court to Manu Ginobili, and immediately runs towards the baseline, turning at the last moment to set a pindown for Duncan. 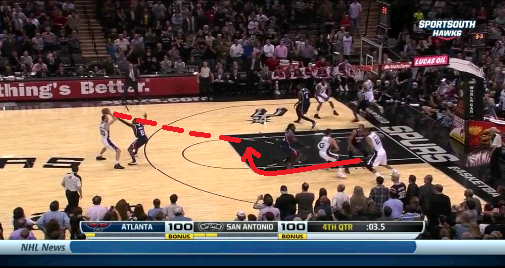 From there Duncan uses Belinelli's screen, gets the ball from Ginobili, and you know the rest...

This play sequence has changed dramatically since it's incorporation as a small wrinkle in the Spurs' offense. It's now something Duncan has leaned on to get him an easy bucket, and something Coach Popovich trusts to win a game. If it hasn't quite become a staple of their offense, it's at least a go to play. For us, it provides a glimpse into the evolution of an NBA playbook, and something to keep an eye out for in future crucial situations.