The Spurs somehow find a way to win their third game in a row. This one though, was stranger than most.

After losing to the Spurs in last year's playoffs, Golden State mission was to come into San Antonio on Friday night and make a statement. Unfortunately for them, the Spurs had a few warriors of their own, hiding in wait.  Here's how it played out.

It was still a few hours before tip-off, but he felt anxious. He walked to center court and sniffed the air. He pulled a blade of grass from his sock and chewed on it while panning the arena. He was looking for him. He knew he was there, and he would find him.

Find him for family. For country. For the Spurs. He had to find O'Neal.

He would find him.

Aron Baynes seemed to snap out of his trance when he heard a familiar voice and both Aussies walked off the court together, certain this would be their night. 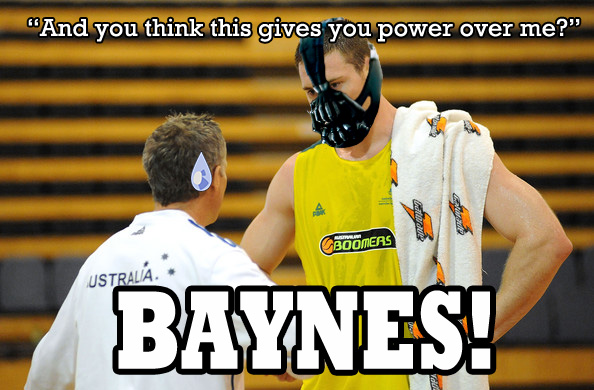 Most expected a shoot-out but instead were treated to a Pistons vs. Knicks thriller circa 1992. As soon as Stephen Curry was scratched it seemed as if the bubble was burst for both squads.  Golden State came in averaging 111 points per game but managed to score only 54 points in the final three quarters.

The Spurs jumped out to a 27-20 lead after the first quarter with help from Tony Parker (8 points) and Tim Duncan (6 points). Toney Douglas was outstanding for Golden State with 7 points in the 1st quarter and a game high 21 overall.

From there though it was all downhill. In the 2nd quarter both teams seemed to forget how to score, and that trend would continue for the rest of the game. Spurs fans were treated to a heavy dose of Aron Baynes, Jeff Ayres and Patty Mills in the 2nd and 13 total points. But it was an incredibly exciting 13 points.

At the 10:27 mark of the 2nd quarter Patty Mills popped a 3 and then was knocked down and fouled trying to steal the inbounds pass. Classic Patty.

Watching Mills play is one of those guilty pleasures, like when you're driving down the freeway and Callin' Baton Rouge by Garth Brooks comes on and you turn it up as loud as you can and sing your face off. Because everybody does that, right?

Baynes is a young giant from Australia and O'Neal is a grizzled veteran that was drafted straight out of high school in 1956.  Both men were fighting for space, and neither would give an inch. Their battle culminated midway through the 2nd quarter when Baynes went for a dunk and O'Neil was there to defend.

I painted this picture in commemoration because their confrontation reminded me of Rocky Balboa battling all the guys. I'm not exactly sure why, but it did. 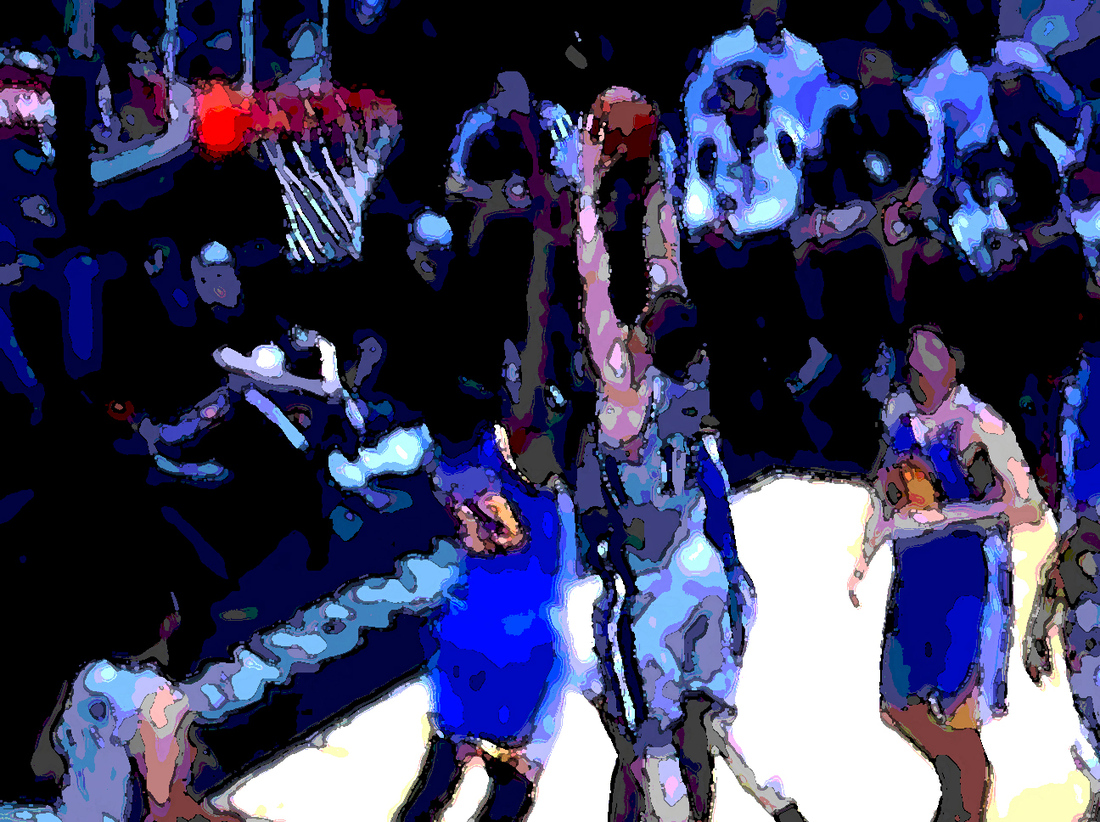 I'm also pretty sure this was the conversation that ensued that led to the double technicals (again, from Rocky):

Jermaine O'Neal: I'm the baddest man in the world.

Aron Baynes: You don't look so bad to me.

Jermaine O'Neal: What did you say, Paper Champion? I'll beat you like a dog, a dog, you fool!

Aron Baynes: I rode a kangaroo to school when I was a kid.

So the Spurs led at halftime 40-33 without scoring a field goal in the final 2:50 of the 2nd quarter. They were helped by the fact that Golden State only scored one field goal during that same stretch.

Toney Douglas started the 2nd half and was a major force for the Warriors as they kept the game close throughout. Boris Diaw was huge for the Spurs late in the 3rd with a couple of baskets and assists that helped keep Golden State at bay.

In the 4th quarter Patty Mills hit a huge 3 at the 8:20 mark to put the Spurs up 69-62 and then it was Tony time. Unless you're counting free-throws as Tony time. Because, then it's not so much Tony time.  Parker was 4-10 from the stripe, including 2 huge misses in the final minute.

Fortunately the Spurs seemed to get all the offensive rebounds in the end, and even though they didn't capitalize on them, they were able to burn some clock and escape with another win.

And Aron Baynes and Patty Mills and the rest of the Spurs can smile. It wasn't pretty, at all. But they sized up their battlefield and ate some grass and found a way to win. Again.

And Aron Baynes can finally rest because his Spurs won 76-74 over the Warriors.

So the Spurs escaped, again, and are now 5-1 on the season, winning 76-74 over Golden State.  It's ok to feel good about the start, but it's also ok to worry about some things.  If Tony can't get open, how will they score in the 4th?  It's time for the rest of the guys to realize they won't get in trouble for stepping up in the last five minutes.