How do the Spurs generate all of those easy shots?

When watching the Spurs score easy buckets, it's easy to overlook just how much precise orchestration is behind those offensive sets.

Share All sharing options for: How do the Spurs generate all of those easy shots?

With a little over four minutes to go in Monday's game against the Pelicans, the Spurs got a bucket off a give-and-go between Parker and Duncan that prompted Sean Elliot to say that "they're making it look easy out there."

He was obviously right. The Spurs sometimes score using plays that seemingly only involve a pass and a cut, the type you could actually run in your rec league. Look at how free Tony Parker is when he scores in the play I'm referring to: 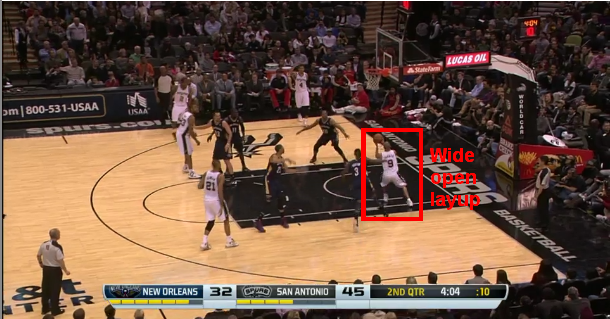 But the Spurs put a lot of work into creating distractions that make those plays look easy, and then execute them with clockwork-like precision.

Look how the set looks when Pop initially calls for it: 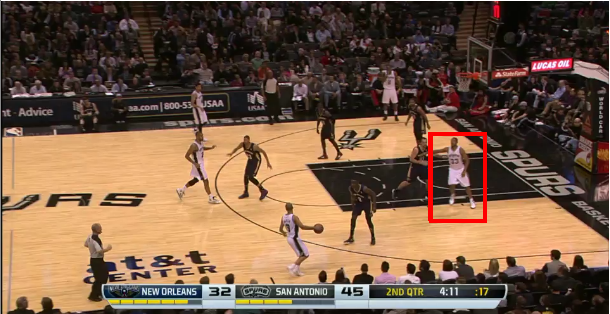 Tim Duncan is the trailer, Parker the ball-handler and Boris Diaw the post. This seems like a play designed to get Diaw good position in the low block, either by making an entry pass from the wing or, if the defender fronts, a high-low pass from Duncan. But that's not what's going on.

Since the entry pass just wasn't there, the Spurs are going to change the strong side so that Danny Green and Kawhi Leonard can try again after Diaw cuts -- at least, that's how it probably looks for the Pelican players. But as Diaw is starting to get in place in what is now the strong side, Danny Green reverses the ball almost immediately after getting it. Duncan is now setting a pick for Parker, who will receive the ball. 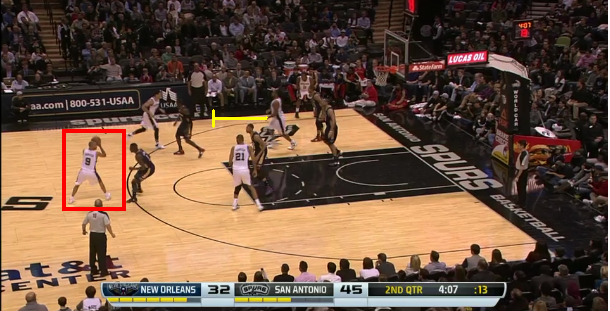 Parker holds the ball while Diaw sets a back screen for Green, who fakes as if he is about to cut to the strong side but actually moves to the weak side corner as Leonard shifts to the wing. That action occupies the weak-side defenders. 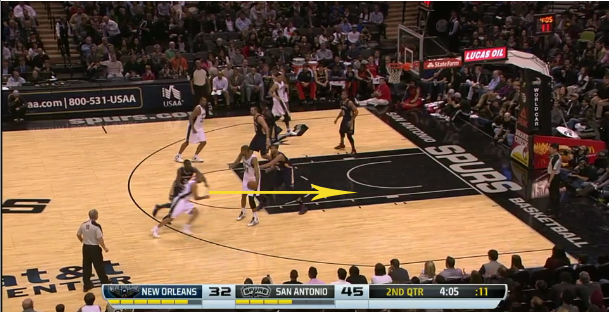 Instead, Parker makes an entry pass to the elbow and cuts hard, looking for the hand-off. Diaw is now on the weak-side elbow, taking the second big out of the play. 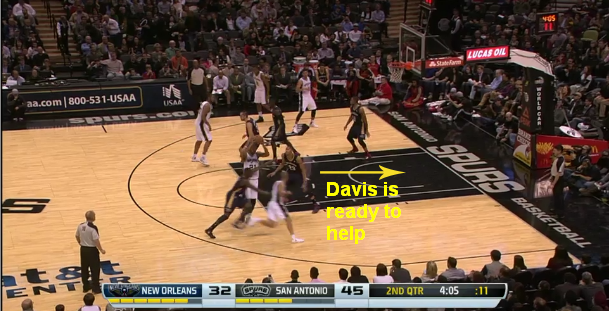 The hand-off is not there, as Jrue Holiday has done a good job recovering and could swipe at the ball and Anthony Davis is ready to leave Duncan and chase Parker if the pass is made right then. So Duncan holds onto it a little longer. 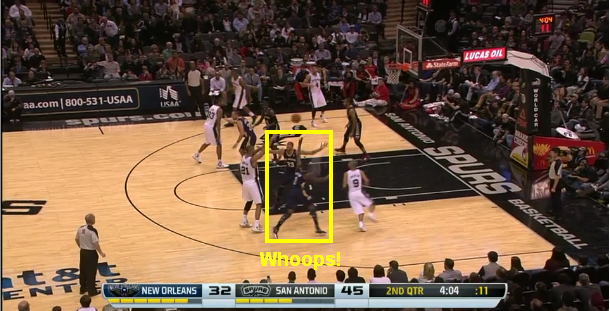 But Holiday still needs to get around Duncan, who is also acting as a screener. Davis can't drop back into the paint because that would mean leaving Duncan all alone to shoot or drive, and he likely assumes someone will be there to help on Parker. If they switch, Duncan can post up Holiday, and since they stopped the hand-off, Davis stays with Duncan while Holiday recovers. So Duncan waits for the opening and simply passes the ball over the top to Parker for a layup.

When you watch the play unfold in real time, it might seem like there was a defensive breakdown on the Pelicans' part or that Parker just turned on the jets and one of the best passing bigs ever found him. But let's recap everything that preceded the pass and bucket:

All of that happens before Parker passes the ball to Duncan. And even more impressive than the amount of stuff that happens is the precision with which it happens. Sometimes it feels analysts overuse the term "execution" to describe the Spurs, but this is exactly why we have to -- the timing is simply perfect. And that's how the Spurs manage to score on a seemingly simple give-and-go almost every game.

There is also the possibility of using a Horns-type setting to space the floor perfectly... 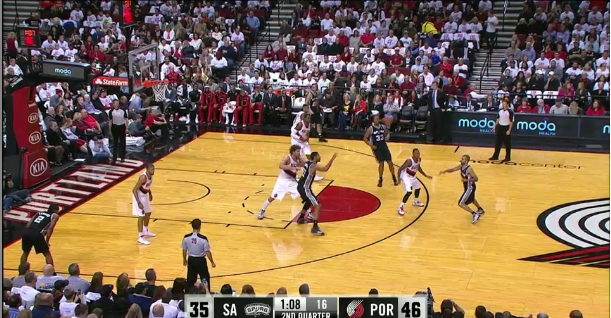 ...and score on cuts off Duncan feeds:

Here is Belinelli using a weak-side Duncan screen after entering the ball to Diaw: 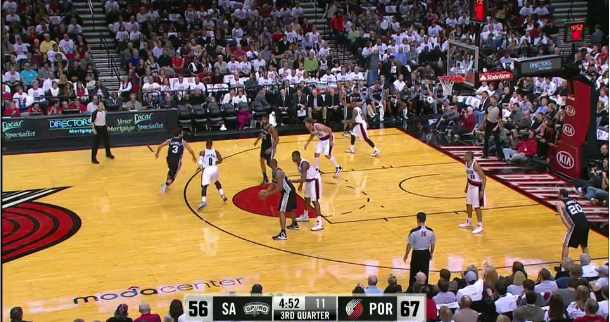 And finishing with a wide open layup:

And all those plays have variations as well, to keep opponents on their toes. When the initial pass is not there, the Spurs often turn them into pick-and-rolls or use back picks to free up shooters. They get into their sets early to have time to react to the defense and concatenate different options. Even the plays that seem simple have a degree of orchestration to them that makes them hard to contain for even good defenses and hard to emulate for good offenses. And that's how the Spurs have managed to rank near the top on offensive rating even after two of their biggest stars have seen their skills deteriorate: by being creative with their play-calling and emphasizing execution.

So as you see, Sean Elliot was right: the Spurs sure make scoring look easy sometimes. But despite how it might appear at first glance, it's really not. Behind every seemingly simple bucket there is a multitude of subtle moves that set it up.