Josh Howard is a Spur, but for how long?

The Spurs have signed Josh Howard and in terms of on- or off-court fit, it's hard to understand why. But the good news is he probably won't ever wear the silver and black.

Share All sharing options for: Josh Howard is a Spur, but for how long? 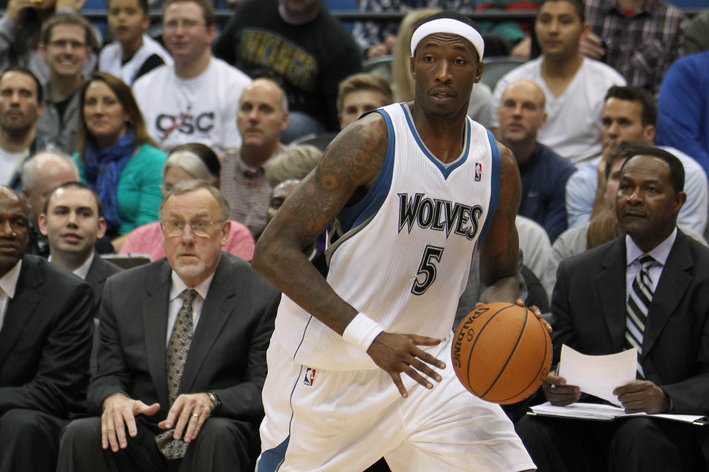 The ex-Maverick will likely be heading to the Spurs D-League affiliate, the Austin Toros, to continue his rehab under the watchful eyes of San Antonio staffers.

The Spurs have signed veteran small forward Josh Howard to a non-guaranteed deal, as first reported by Jeff McDonald and then confirmed by the franchise. The Spurs have been linked to the Big Bug multiple times in the past, to the chagrin of most fans, but were never able to secure his services. Howard, who played briefly for the Timberwolves last season and the Jazz before that, is coming off a string of injuries that has robbed him of the athleticism that made the 33-year-old a one time All-Star. There's not a lot of information at the moment, but let's explore the signing a little more closely.

Howard will likely be a Toro, not a Spur

McDonald speculates that the Spurs will waive Howard and allocate him to the Toros. For that to happen, Howard would have to be willing to sign a D-League contract and considering he is unlikely to receive a guaranteed offer from someone else, that's what he'll probably do. If he does, the Spurs won't have exclusive rights to him, which means anyone can call him up. But since the D-League season starts in December, the Spurs will get to see him perform in practice before the rest of the league and could form an opinion then.

The other possible scenario -- I'm just speculating here -- involves Howard signing an non-guaranteed contract that only becomes fully guaranteed if he is still with the team after January 10. Instead of signing him only to waive him, the Spurs could simply assign him to the Toros with his, and the union's, consent while retaining exclusive rights to him. The contract would surely be for the minimum, which means it might make sense to go this route to ensure that, in the unlikely case Howard shows he is still has something left in the tank, the Spurs would be the ones to benefit from it.

Don't expect this version of Howard to surprise

Howard has played a combined 107 games over the past four seasons, and has just recently been cleared to play after a knee operation. Since leaving Dallas he's never played more than 1,000 minutes in a single season. His averages have been 9.8 points per game on 40% from the field and 26% from beyond the arc and 3.7 boards in 23.6 minutes a game -- a far cry from his days as a core member of the contending Mavericks, and numbers that suggest he likely won't ever be an impact player again.

It's unclear exactly how Howard would fit with the team, considering he can't provide anything unique and his style doesn't mesh with the Spurs' preferred offensive strategy. Even at his peak, Howard relied on his mid-range jumper to get points, and only had one season in which he came close to the .550 mark on true shooting percentage. For comparison, Manu Ginobili had a true shooting percentage of .560 last season in what was widely considered a down year for him.

Howard's ability to use a lot of possessions to create for himself and score at an acceptable rate has deteriorated, and the injuries have piled up to the point where now he is reliant on someone to set him up, and yet he still can't score efficiently. He doesn't get to the line often enough to warrant that usage percentage and he has never been a good playmaker, averaging more than two assists per 36 minutes just twice in his career. Once again, for comparison's sake, Danny Green averaged 2.3 last season. It's hard to imagine Howard being anything less than a net negative on offense.

Howard has always rebounded well and the last time he was healthy he was an acceptable defender. The Jazz did better on defense with him on the floor than off, and he was decent defending isolations. He can't be considered a stopper, but he won't likely hurt the team on the defensive end, either. Offensively, the fact that he proved to be a smart enough cutter to get points within the flow of the Jazz's Flex-inspired offense bodes well for his chances of using that skill to at least partially make up for the damage his presence could cause in terms of spacing.

The way the Spurs handled Stephen Jackson last season suggests they'd know how to handle Howard if he somehow makes the team. The Spurs won't let a player's resume dictate his role on the court and, while they have no problem giving players with reputations a second chance, they will cut them loose as soon as it becomes clear they're doing more harm than good.

There is no risk whatsoever involved in the signing and it really doesn't seem the Spurs chose Howard over more worthy options. He won't likely take up the 15th spot, and even if he does he could be waived if a better option becomes available.

I honestly have no idea where the Spurs' persistent interest in Josh Howard comes from. Even at his best he didn't seem like the type of player the Spurs usually pursue, and we are years removed from that sole All-Star season Howard enjoyed. Similar to the situation with Sam Young, there is virtually no evidence to suggest he is even a neutral player at this point and his only appeal seems to come from his being 6'7'' at a time in which the Spurs want injury insurance for Kawhi Leonard.

Spurs fans who recall Howard's days with the Mavs will have even less reason to cheer for the signing. Our fearless leader, J.R. Wilco, goes into more detail about this in his article which first covered the story, but suffice to say that few in San Antonio would have ever classified his style of play as "clean".

The good news is, unlike seasons past in which the Spurs' hole at small forward was a legitimate concern, the emergence of Leonard has made it more of an afterthought. It's unlikely Howard ever suits up for the Spurs and even if he does, almost nothing will be expected of him.

The Big Bug is technically a Spur, at least for a little while, and I can't say I'm happy about that. But when the main cause for concern a week from the start of the regular season is that the 15th roster spot may or may not have been filled by a washed-up veteran, that means the team is simply in too good a spot for me to complain.

Stats courtesy of NBA.com/Stats and Basketball-Reference