Matt Bonner is our nemesis, you guys

I've been lying pretty low since the end of the Finals, mostly keeping behind the scenes while helping the venerable J.R. Wilco with editing duties. And with the PtR writing team churning out material on every possible topic, I haven't put my own thoughts to paper in months. Recently, AaronStampler wrote a piece on Matt Bonner, echoing similar negative sentiments that I expressed in an article about him in 2009, all but to no avail. Pounders, since my words weren't enough to convince the Popovich administration of their big red blunder, I present to you all my co-counselor and your guest columnist, Mr. Eric Cartman.

Share All sharing options for: Matt Bonner is our nemesis, you guys

[Editor's Note: Fred has turned over his keyboard to a special guest contributor, Eric Cartman. -JRW]

First off, you guys, Gingers do not have souls and can't be pirates. Given this, how can we possibly expect Matt Bonner to be a contributing member to the best sports franchise in the world? It's simply absurd to think that someone without a soul can play basketball. And if one can't even be a pirate, I mean, what are we dealing with here, people?

Now, I understand that there are those out there that think Bonner actually does possess a soul. They like to point to his "funny" commercials and "entertaining" Coach B YouTube flicks. This is all a charade that the Ginger community has cooked up with the intention of tricking you into thinking that Bonner is soulful. Think about it: If you didn't have a soul, what would you do? You'd put out all the videos possible that indicated the presence of a personality. It's all part of the Gingers' plan to use the media to trick the public into thinking that Gingers can be productive members of our society.

Also, the man is the spokesperson for carrots? Are you effing kidding me? Is that not the most Ginger thing you've ever heard in your life? I mean, if I was going to make something up for him to be the spokesperson of, I think carrots would have made my top five. 1.) Sunblock 2.) Candy Corn 3.) Traffic Cones 4.) Cacti 5.) Carrots.

My associate Fred Silva's crusade against Matt Bonner dates back to 2009 when he wrote about Bonner's game-losing shot against the Utah Jazz. If you thought Game 6 against the Heat was depressing, you should have been there in 2009 when the fate of a game resided in the soulless hands of Matt Bonner. In case you don't recall, there were ten seconds remaining and, down by one point, the Spurs had possession of the ball in Utah. The play broke down and the inbounds pass went to Bonner. Rather than wait for Tony or Manu to get the ball from him, Bonner took it upon himself to score.

He drove to the bucket, head down, waddling like a pregnant penguin in a hurry. He threw up that weird running shot that he busts out every once in a while. You know the one: one-legged, off-balance, one-handed, kinda-hook-shot, kinda-runner. Truly, if ever there were evidence of his lack of a soul, it's this shot. There's a reason he's the only player in the NBA that takes that shot. Anyone with a soul and that could also function as a pirate would come up with something better. Obviously, he missed and the Spurs lost. Their record fell to 9 - 9 on the season and the Spurs, and Mr. Fred Silva, have yet recovered. Recently, Pounding the Rock has wasted thousands of words trying to figure out who to blame for the loss to the Heat. It all began on that fateful day in 2009 when Bonner began a rouge-colored nightmare that still has not ended.

Everything is Matt Bonner's fault.

It takes a true nerd that never played the game to use "advanced metrics" to prove that Bonner is useful. "Actually, Matt Bonner is a great post defender! Yadda yadda yadda. Math. Yadda yadda yadda, science." Please, nerd, you don't know what you're talking about. Anyone that has watched Matt Bonner defend knows he's terrible. He's 6'10" with a 6'8" wingspan! He's essentially a Ginger T-Rex out there, people. He's got a big head and little arms! 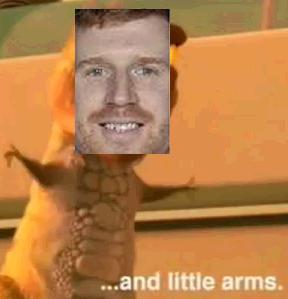 The thing that annually kills me is having to see the other team's confidence shoot through the roof whenever Bonner approaches the scorers' table. Quantify that, nerds. As soon as Bonner enters the game the other team initiates their "attack the Ginger" offense. Bonner is instant momentum for the opposition.

Over the years, the pro-Bonner populace has dwindled. Back in the day, an accurate post like this would draw the ire of all. At least the majority of people now agree: Gingers can't be pirates. That, I feel, is progress. Now all we have to do is convince Popovich that there's no room for a soulless, non-pirate on the Spurs squad. If that ever happens, while it will obviously be a victory for myself, it will also leave me with a bit of a void. Who will great minds like myself and Fred Silva hate moving forward?

Don't worry, you guys - I've put some thought into this.

I think it's between Cory Joseph, Nando De Colo and Boris Diaw. This CoJo just seems like he's too nice of a guy. I think that happy-go-lucky shtick is as fake as Bonner's Youtube videos. I believe the guy is secretly evil and I bet anything that he has a thing for Miley Cyrus. Yep, I hate him. Nando and Boris both bring the French into play, so I can work with it. Nando seems smug to me while Boris is the personification of a pear. 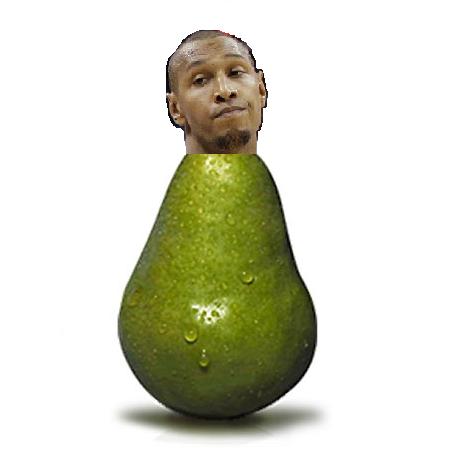 Unfortunately, I bet Fred, myself and any other soul-possessing Spurs fan have another season to make our decision as I just can't see Coach Popovich parting with one of his favorite torture devices -- the device being Bonner and the victim being all of us.