As three Spurs Bigs watched from the bench, newest Spur Aron Baynes created a lot of media attention with a solid performance backing up Tiago Splitter. He was interviewed on court by Bill Schoening as the Impact Player of the Game and faced more locker room questions afterward. It should have left him singing "Will You Still Love Me Tomorrow." Elsewhere in the locker room, former new kid on the block Nando De Colo was probably crooning "What About Me?" 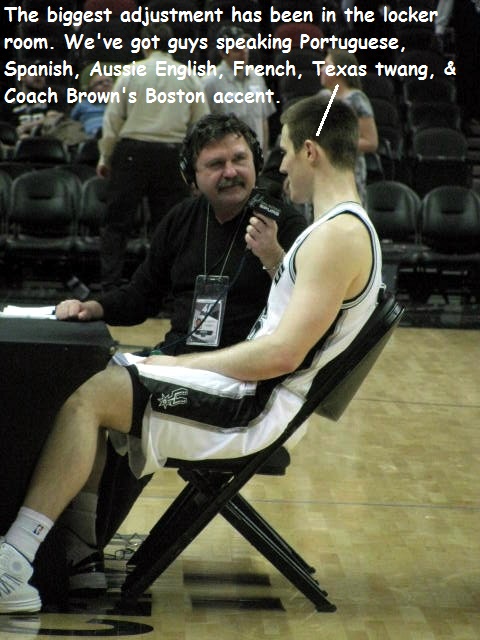 Let's take a look at some more of Baynes' night:

Still new to it, he paused coming off the court after being interviewed to pose for a few pictures with fans. The veterans rarely do this, preferring to hit the showers instead. 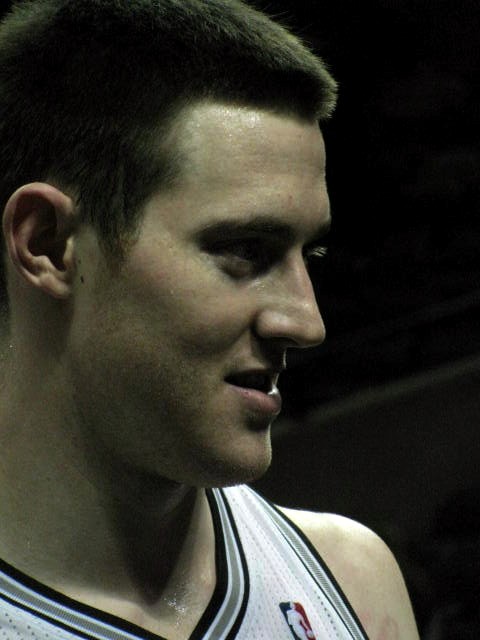 Baynes was already finished with his shootaround by the time I was admitted at 5:30, but in pregame warmups, he shot a lot of hook shots. 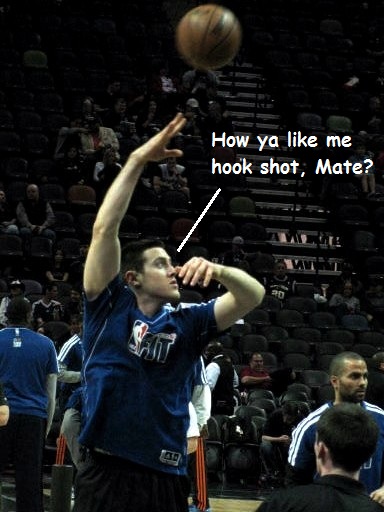 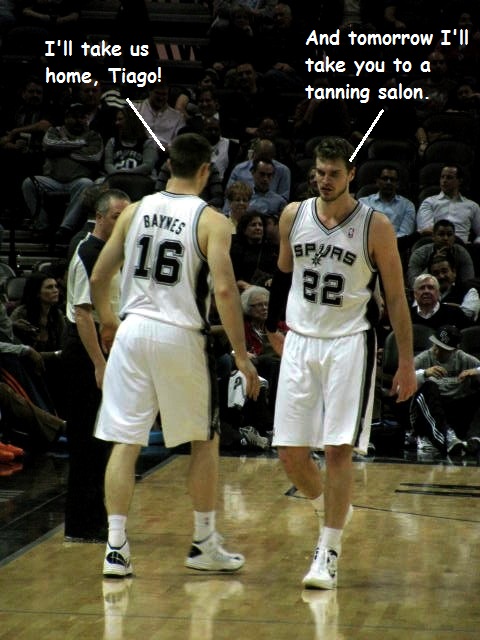 I missed Baynes' dunk, but did manage to catch Kawhi and Tiago at the perfect moment. The pro photogs were all under the basket for these shots, so mine are from the opposite angle. Not bad for a 10x zoom, 9 megapixel pocket camera with no strobe flash and no gazillion frames per second opportunity to get it right! You can compare them to the pros by checking the game photos on the Spurs site. 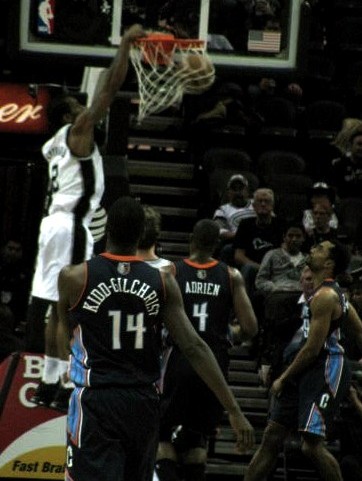 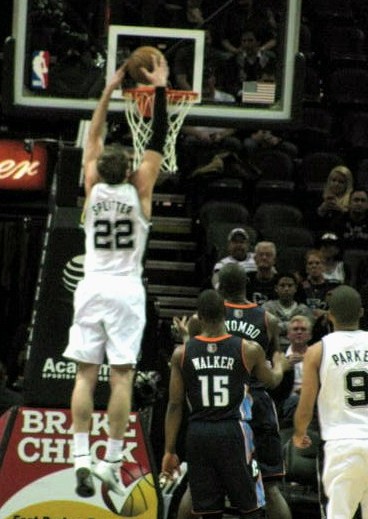 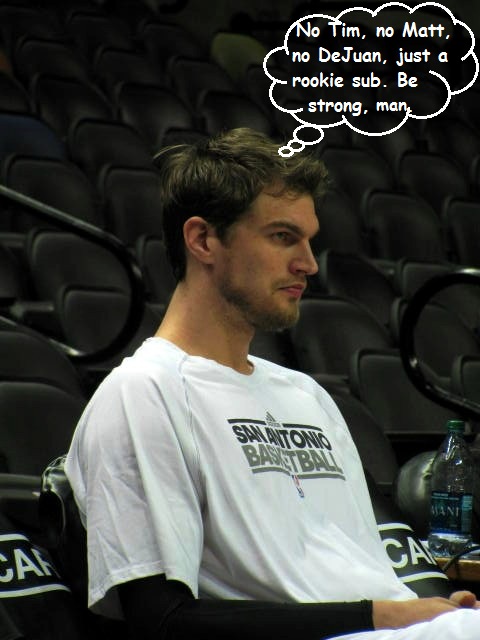 Certified Spurs Superfan Sovia made an appearance pre-game in her Let Bonner Shoot hand-painted shirt, not knowing he would not see the court tonight and also would miss the shirt. 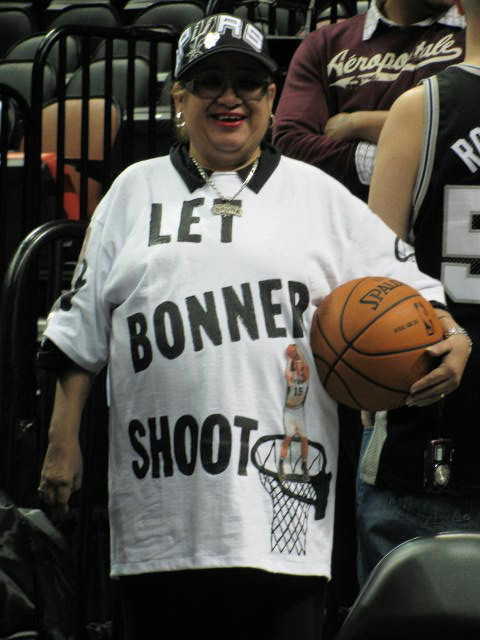 Counting players and coaches, about 40% of the Spurs were in suits/sportcoats tonight. 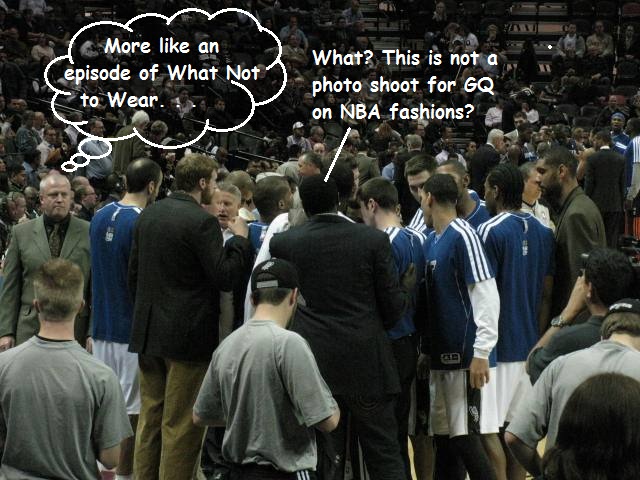 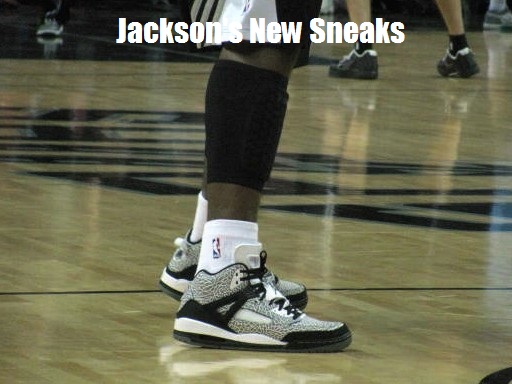 Friends Will and Gloria Drash, who are big Duncan fans (she always wears his jersey to the games) paid a visit to Tim's new Black Jack Speed Shop and purchased these t-shirts. Tim insisted on the design with the skull. The Spurs are partnering with the San Antonio Food bank to raffle a Duncan-customized black Toyota Tundra (go to food bank's site for info by clicking here: Truck Raffle). 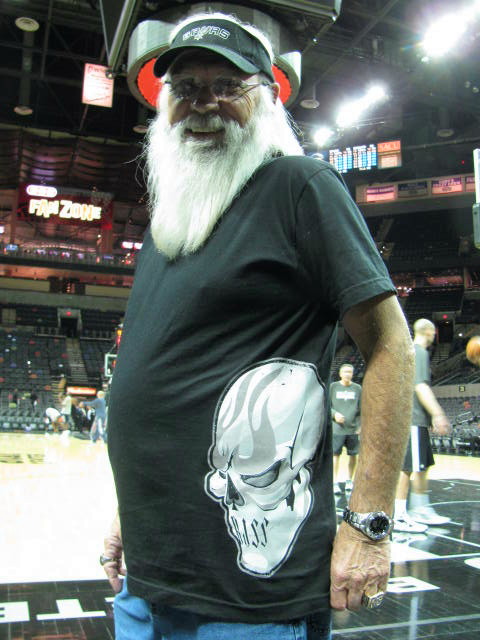 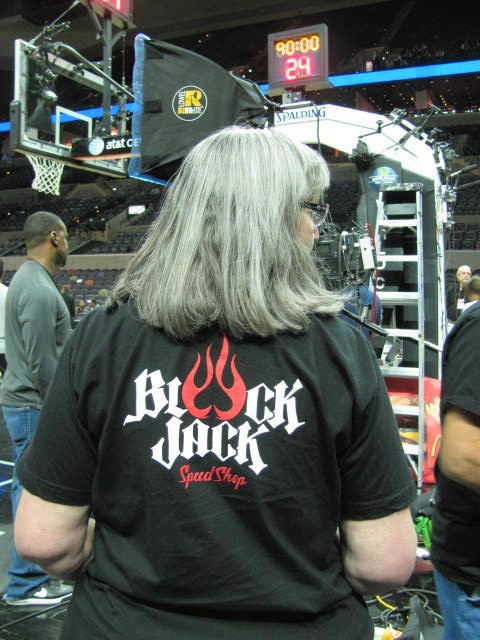 I've been trying for several games to catch a good shot of this: 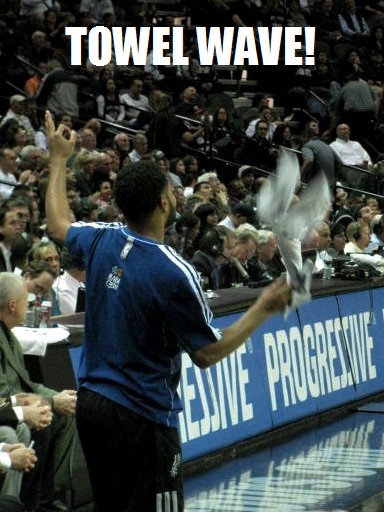 Mrs. Coyote danced to "The Stripper" in front of two referrees. Surprisingly, one of them grabbed her and planted a kiss on her at the end. Every time I have seen this gag in any arena, it's always been a "fake" ref, but not this time! So cool of the ref (wasn't Dick Bavetta). Unfortunately, no pic of that moment because I was shielded by the stand that holds the basket. Just enjoy the costume! 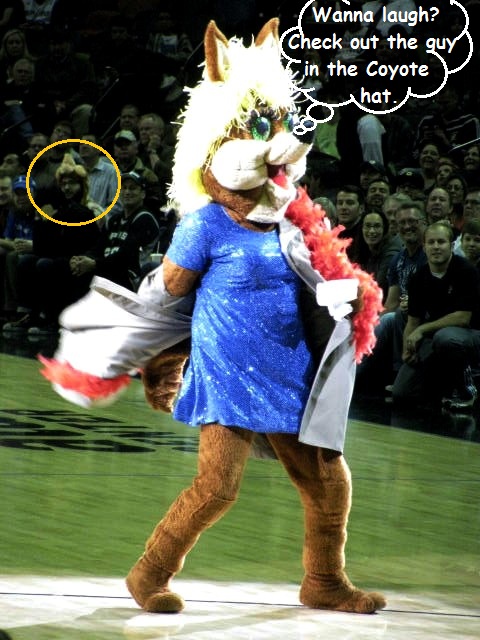 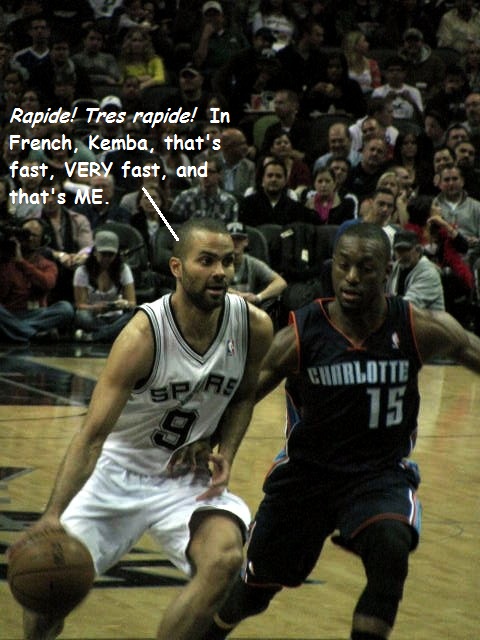 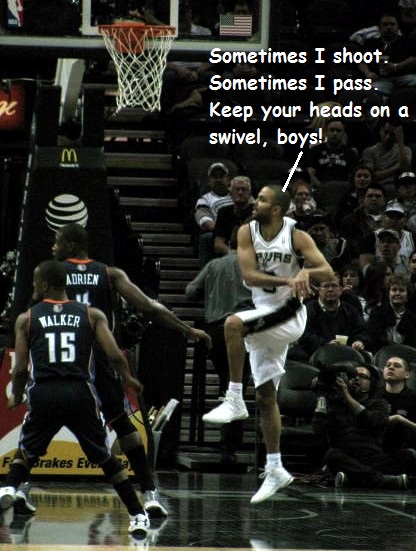 With the Spurs up by 15 and around 5:00 left in the game, Danny Green fouled on a three point shot, sending Ben Gordon to the line to complete the four-point play and cut the lead to 11. Pop was not happy with Danny! 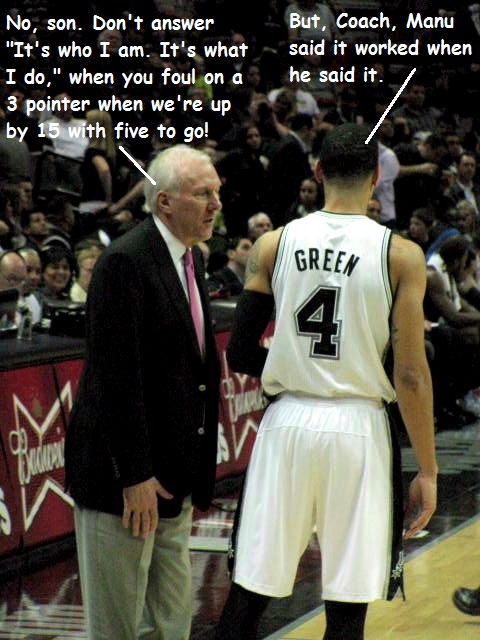 I simply must say the Bobcats are a really bad basketball team. Their offense can only be described as helter-skelter. 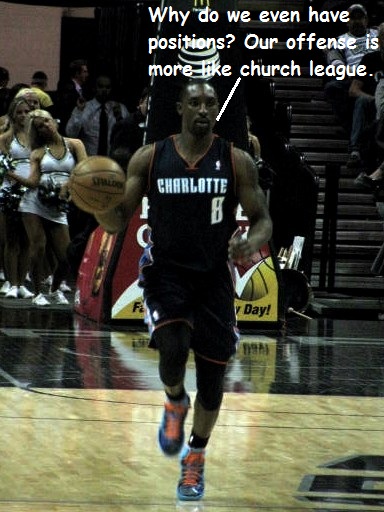 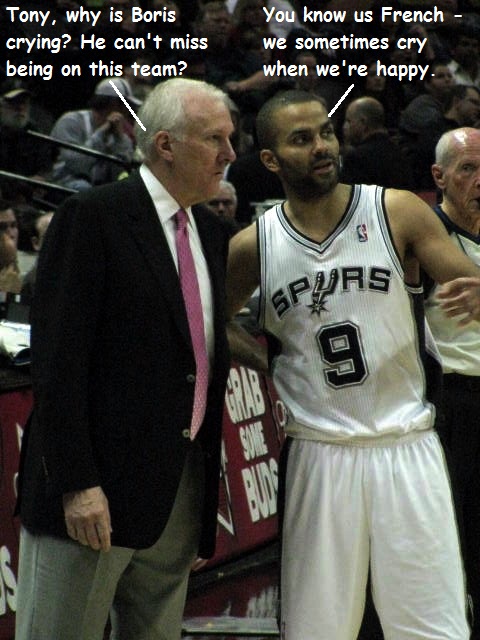 Finally, let's hope Manu's hamstring problem was just a bit of tightness. The trainer didn't seem too alarmed, and Manu was more angry & frustrated than in pain on the bench. He finally sat on the floor and stretched both legs for a while before returning to a seat on the bench, where he could be seen laughing and joking with his teammates. Here's a picture of "Mr. Smoothness" during shootaround - always the same smooth, easy stroke, and he seems to just enjoy being out there, getting in a zone, taking shot after pretty shot . . . what a special joy it is to watch him.