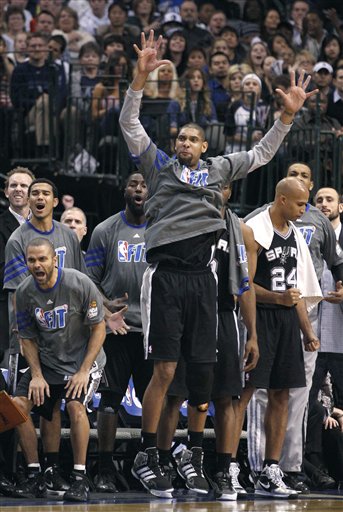 Boom, bam, bang, and Spurs are the number one team in the NBA. Except, there was no boom, no bam, no bang, no fuss. The Spurs quietly, "under the radar", moved up to the top team in the NBA. And with their upcoming schedule, there is a significant possibility that they retain this top spot for a couple of weeks - at least. Hopefully the Spurs will take care of business. Don't expect to see much fanfare though. One major media outlet website today made a sidebar headline announcing Spurs 8 game streak. The others didn't.

The real test will be whether the Power Rankings of the various news outlets will reflect this 8 game streak and the best record in the NBA. Somehow, I doubt it. In spite of playing around .500 ball over their past 10-11 games, the Heat show up just after or just before the Spurs in all the Power Rankings I've seen. The Clips have lost two out of 3 in a week, but still show up ahead of Spurs. So, we'll see in how many media rankings, the Spurs take the #1 spot. I'm thinking, probably about half of the top 8.