If you like Tiago's play this season, you will enjoy these shots of three different dunks by Sparkles:

Dunk #1 was against the T'Wolves, not long after Pop had been tossed for protesting a call against Splitter. The professional photographers had this one from under the basket, and Tiago is looking right at Stiemsma. 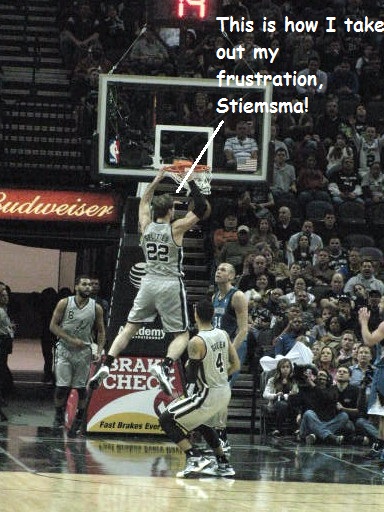 Dunk #2 - Against the Grizzlies in the second half - he is wide open under the rim. 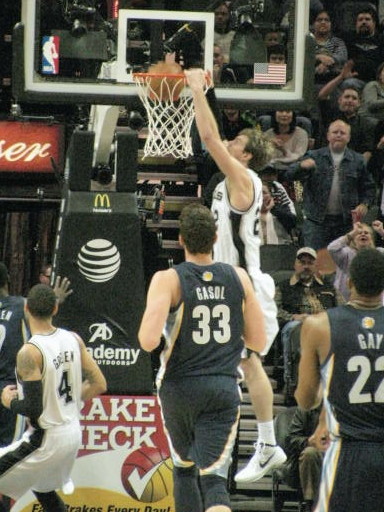 Dunk #3 - against Golden State - Not a monster slam, but still such good work around the rim. 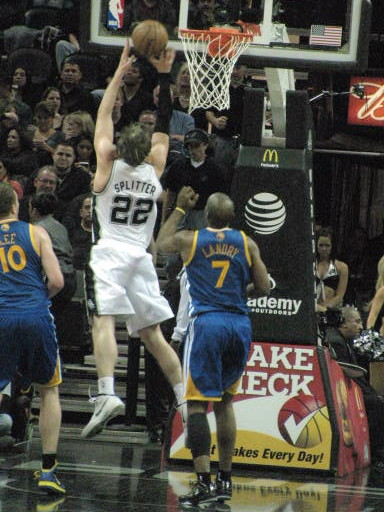 Manu was on his way to a great game against the Timberwolves before injuring his hamstring. There may have been some extra motivation for payback on Alexi Shved, going back the Shved's three point dagger for the Russians that denied Argentina a bronze medal in the Olympics. Manu played him close on defense and gave him fits on offense. 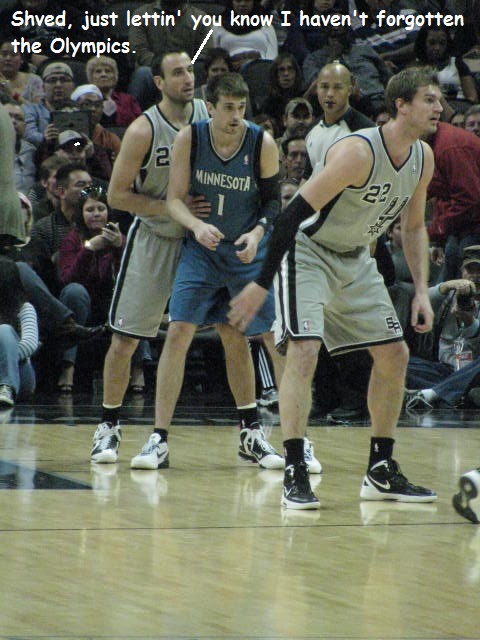 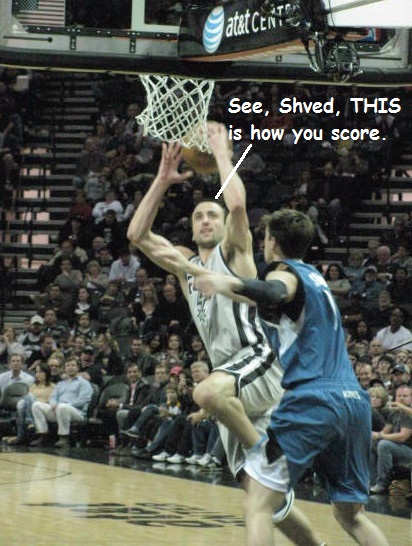 There was a DeJuan Blair sighting in the T'Wolves game, and Stiemsma got the worst of it from him, also. 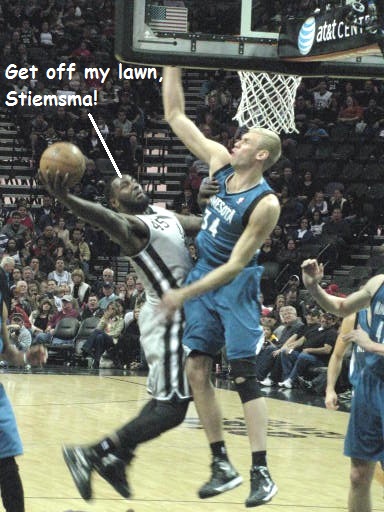 Duncan really loves to throw those long passes - not only does he want to play point guard, he also fancies himself as an NFL quarterback: 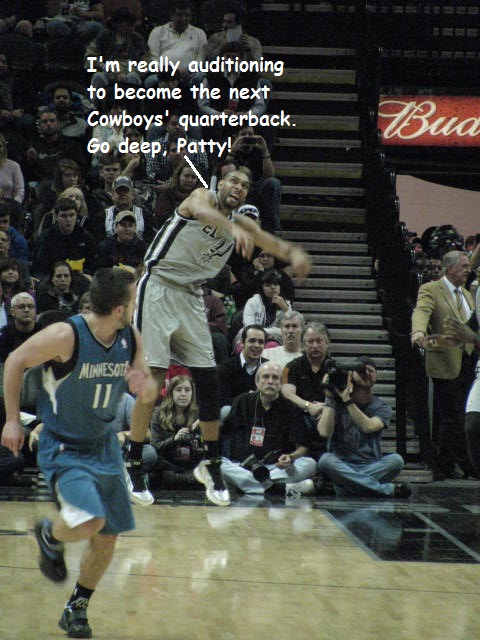 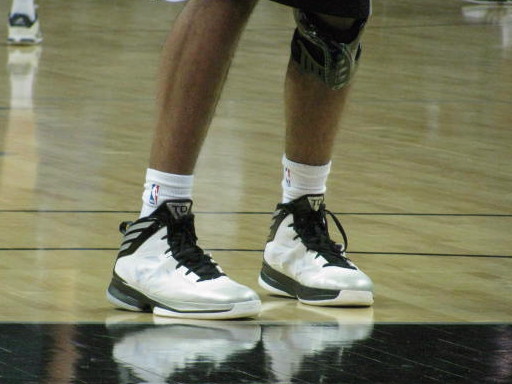 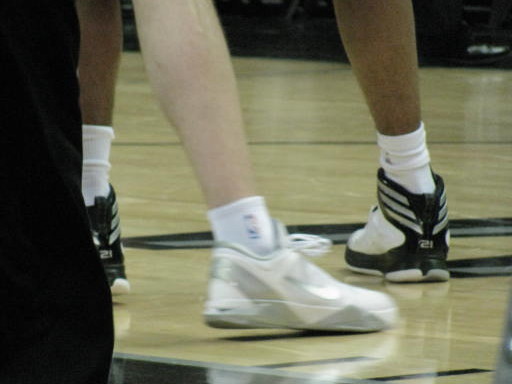 The captains' meeting is a formality. This one seemed very "chummy" all around - lots of laughs - but TP and Conley seemed to be eyeing each other at midcourt: 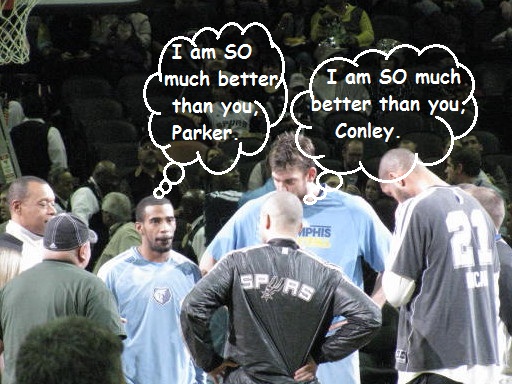 A fan showed up in one of the coolest Manu items I have ever seen. I asked him where he got it, and he said he took a jacket and a Manu jersey to seamstresses in Mexico and had them cut the letters, numbers, NBA logo, and even the size tag from the jersey and sew them on the jacket. It was extremely well done. Sadly, Manu did not see it because he did not come out pregame for warmups. 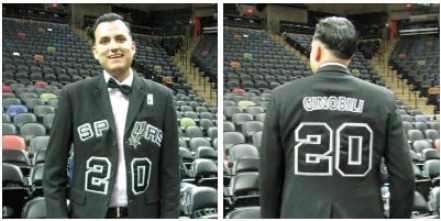 The Warriors game brought the return of Richard Jefferson to San Antonio. Before the second half started, he visited with Tim and Manu: 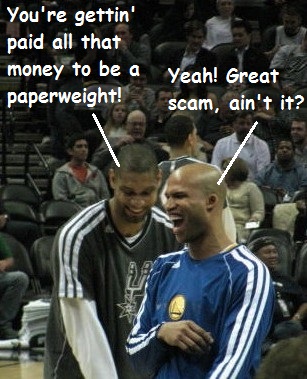 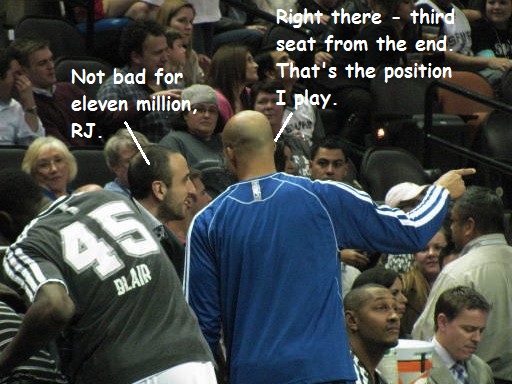 The side story of this game was the problem with the rim in front of the Warriors bench. The teams had come out to warm up for the second half, when they suddenly returned to the locker rooms. People were wondering if it was a fire drill until the PA guy identified the problem. The rim rim was lowered and the maintenance men went to work, helped by the Coyote. The game operations staff of the Spurs deserves so much credit for keeping the crowd entertained with karaoke, the Wave, and dancing to the Cotton Eyed Joe, macarena, chicken dance, and gangnam style. The crowd stayed enthused the rest of the game and a good time was had by all! 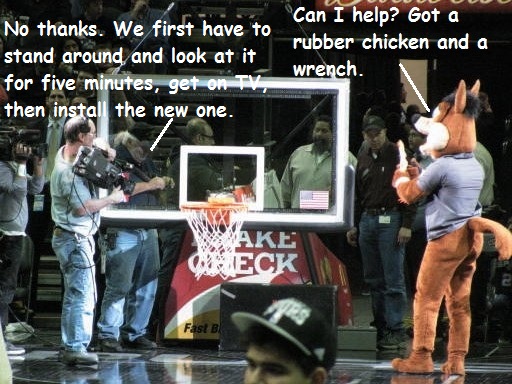