From the Mavericks game on December 23: 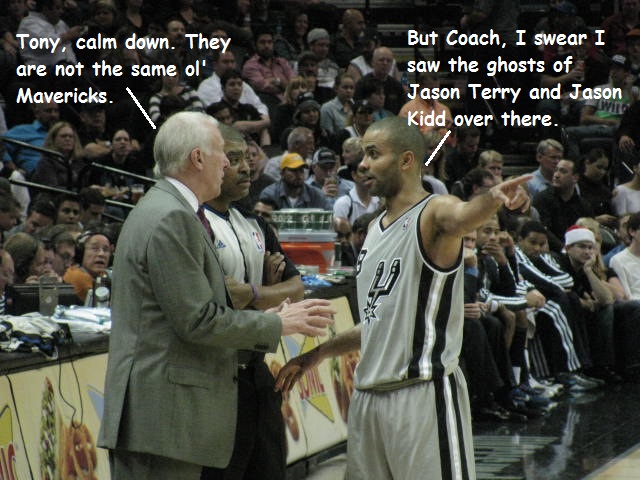 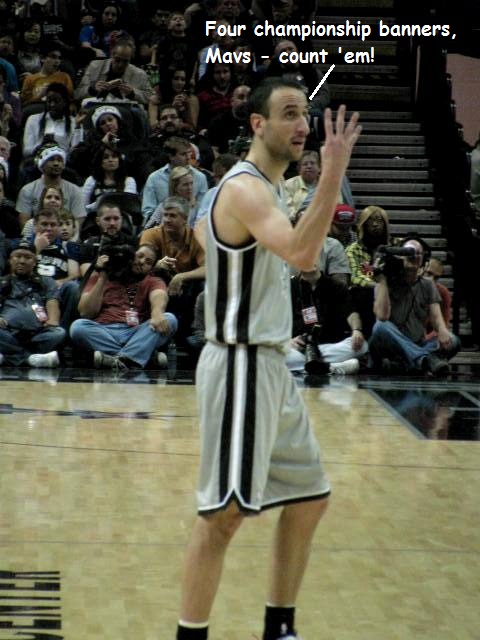 I love the smile on Manu's face as he exits the court late in the game. 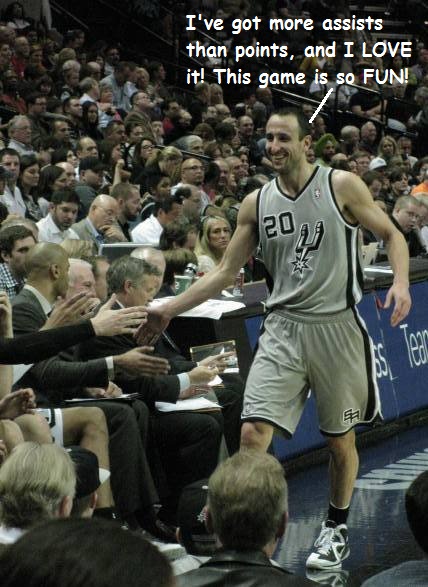 This is from the Raptors game: I like this shot of the starters in the darkened gym just as introductions end. It's hard to get this shot without a camera guy photo-bombing it. 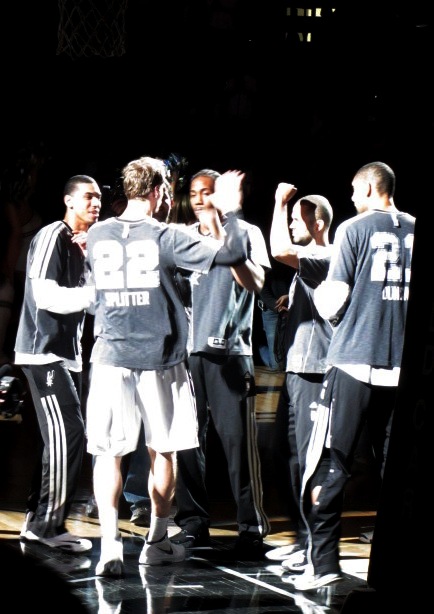 Best pic from the Rockets game - Timmy's dunk with a primal scream! I posted it before, but you may have missed it. 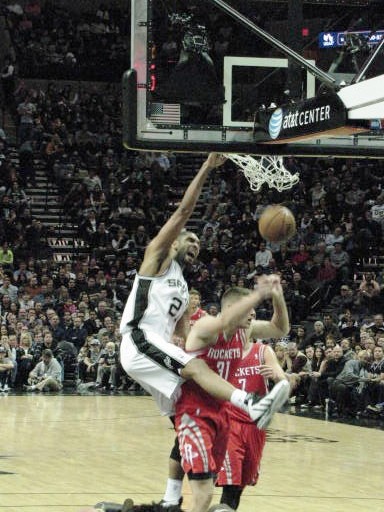 The Nets game could have been confusing with all the black and white uniforms: 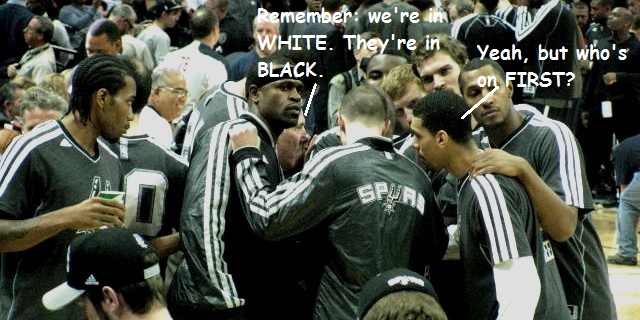 Tiago had so much fun playing under the basket in the Nets game: 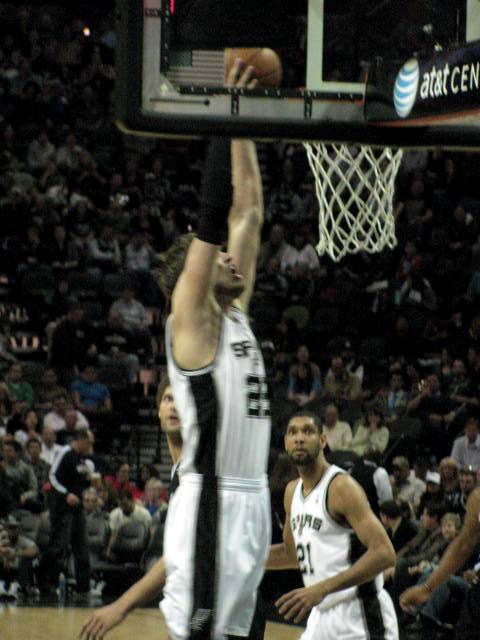 The Spurs did a series of JibJabs featuring the players. This one was Manu, Patty, and Tiago singing The Locomotion. . . if only Manu could have some of that hair! 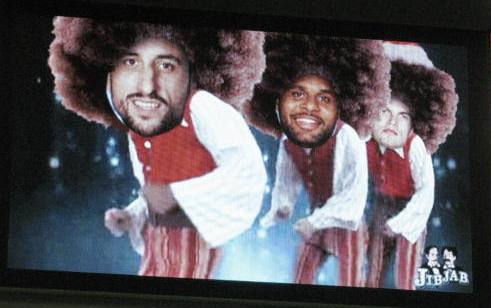 The Nets game had several jump balls ( 5 maybe). As Tony jumped high on this on, I wondered how often he had to do this as a point guard, but he's getting up there! 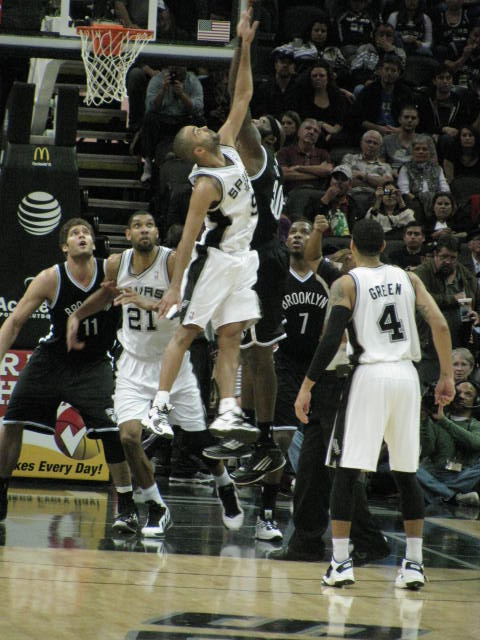 The Nets game was played early on New Year's Eve, and you had to wonder if the Spurs were having another party like they did on Halloween: 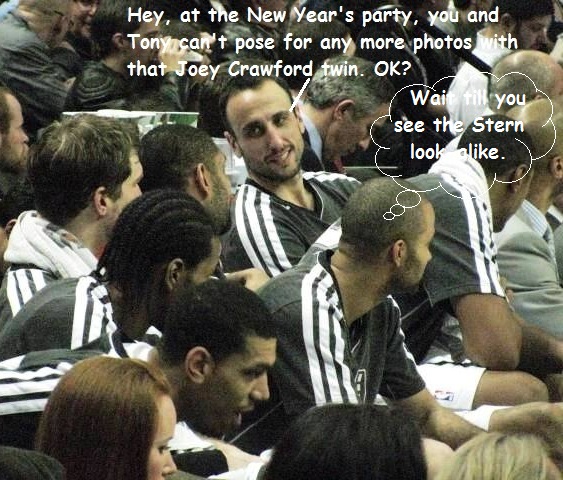 Just a funny photo of Tiago from the Sixers game: 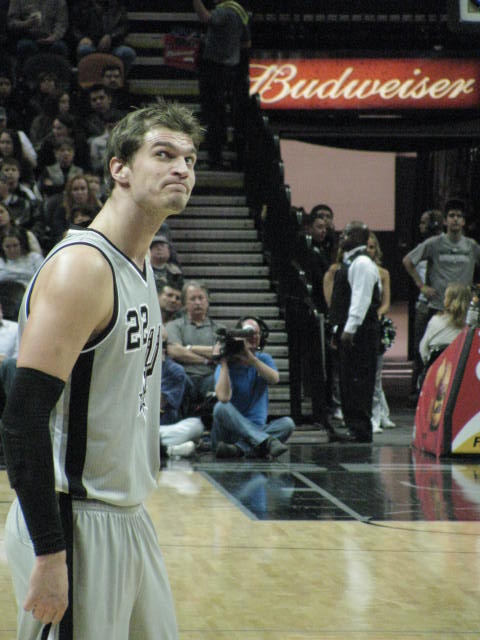 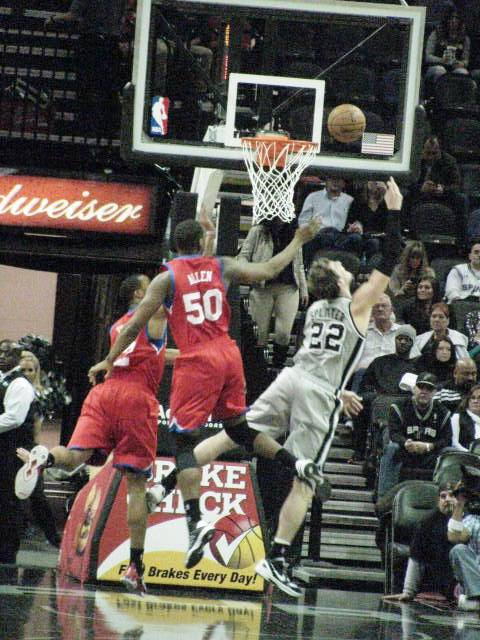 For the Lakers game, we got a look at Tony's new Peak shoes: 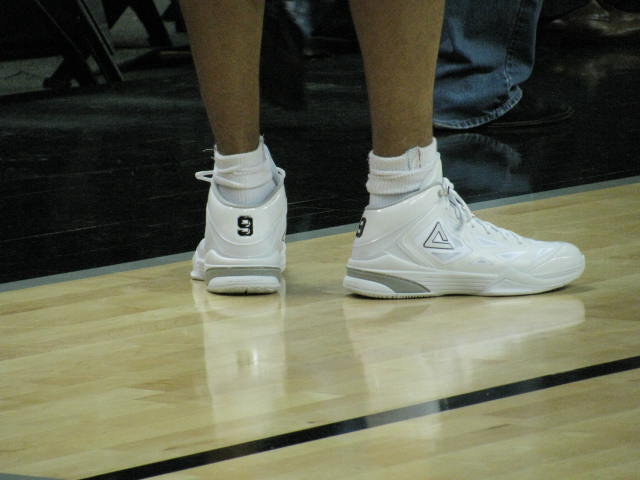 One of the good stories from the Lakers game was Kawhi's defense against Kobe - so reminiscent of Bowen. 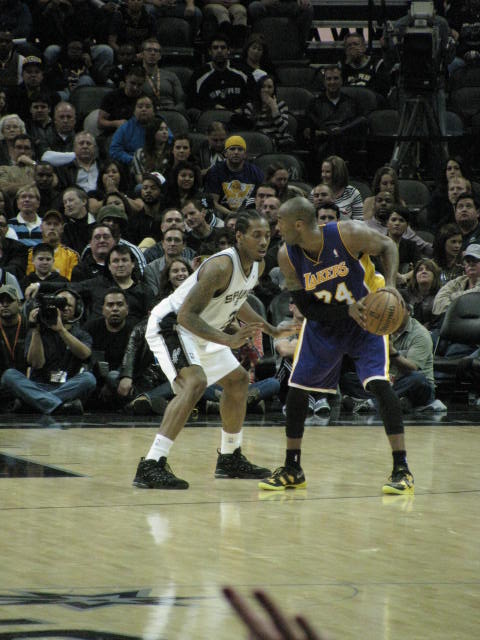 Lakers fans in the house, taunting Spurs fans near the Lakers' bench - note the one holding his baby aloft. 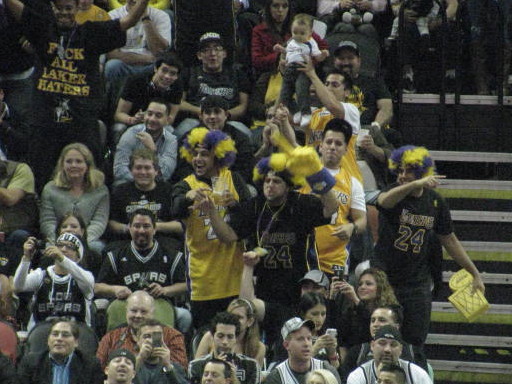