Been a crazy couple weeks, has it not? I don't know about y'all, but from the draft to free agency, I can hardly keep up with who's going or coming these days. But never fear--your humble servant has striven to keep an eye on any furtive movements in Camp San Antonio and bring them to the harsh light of the PtR consciousness. I'll even give you a pass--you can skip down to the good stuff instead of jumping, just this once ;) 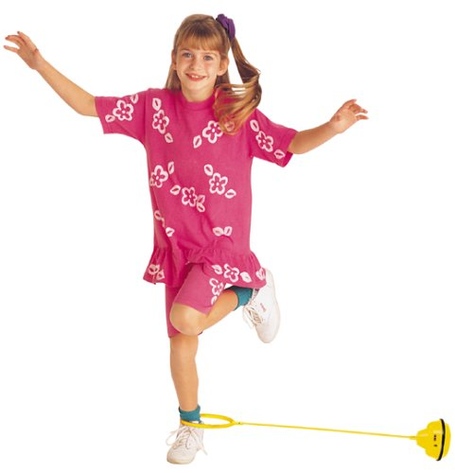 First things first, though, a look at the international goings-on of our resident Spurs. A be-goggled Tony Parker returned to the hardwood for the first time since having a shard of glass removed from his eye in the aftermath of a Manhattan night club incident. That wasn't the biggest news, though, as Boris Diaw and Nando De Colo helped propel France to comeback from a 20-point deficit to defeat Great Britain in exhibition play. Despite the new headgear, TP was happy and more than a little relieved to be back in commission with Pop's blessing, to try and lead Les Bleus to a strong Olympic showing.

The Spurs' Frenchmen weren't the only ones sharing the hardwood in international play. Tiago Splitter and Manu Ginobili also took to the court, but on opposite squads, as Ginobili dropped 33 points to lead the Argentine team in sinking Splitter's Brazilians. Manu was of course, being Manu, dazzling the crowd with his usual dizzying array of spectacular shooting and superior playmaking, as the Argentines pulled away late in front of a raucous crowd.

The ever-active rumor mill is now churning full-force with regard to Spurs' prospect Erazem Lorbek. With his Barcelona team seeming to ponder giving the forward it's biggest contract in team history, the Spurs may be kept waiting for his services should he elect to take the a huge payday overseas. There is a precedent, however--Tiago Splitter forewent a bigger paycheck to join the Silver and Black sooner, so there is hardly need yet for panic on the Riverwalk.

Bringing things closer to home, here's a great video of Spurs' wunderkind Kawhi Leonard discussing his exploits as a member of the U.S. Select Team, which assists the national squad in preparation for international competition and scrimmages against them. Both Leonard and DeJuan Blair are suiting up on for the Stars and Stripes on the Select Team, and Leonard gave some great insights into how hard he's worked to get to where he currently is with the Spurs, and his goals of being one of the NBA's elite players and winning the championship. Plus, if you look closely enough, you MIGHT even be lucky enough to see the most reserved Spur actually crack a smile!

Speaking of young Spurs, now that the draft drama has somewhat died down, Dime Magazine caught up with the latest Spurs' draftee, Mizzou product Marcus Denmon. Although much has been made of Denmon's improved ball handling and scoring abilities, the aspect of his game that he says sets him apart from his peers will put a smile on any Spurs fan's face:

"A lot of scorers, and I was a scorer in college, a lot of scorers don’t have that defensive mindset, but I have that mindset. I went into workouts and I didn’t care how highly touted a guy was, I would go after them on both ends. I showed my toughness and my competitiveness"

Could the Tiger-turned-Spur develop into the promising backup for Tony Parker that the Spurs have long sought? Time will tell, of course, but after last season's unmitigated success with Kawhi Leonard, I'm more than willing to wait and see if PATFO has done it again!

And finally, a look at a couple of former Spurs: Danny Ferry has sent the message loud and clear that there's a new sheriff in town in the ATL by coming in and making some bold moves for the franchise right off the bat; also on the east coast, Jacque Vaughn has been announced as one of the final four candidates for the head coaching position of the Orlando Magic, who're still trying to put the pieces back together after firing Coach Stan Van Gundy in the midst of the Dwight Howard Drama. 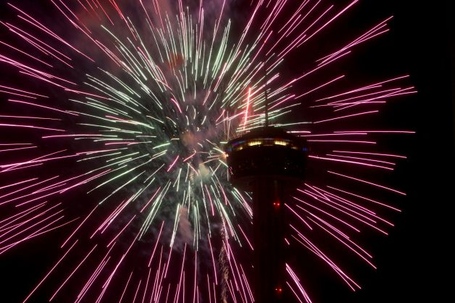 There is nothing like seeing the Tower of the Americas backlit by some July 4th fireworks! God Bless America, and God Bless you wherever in the world you are, Pounders!