On Wall Street, when a bull market has reached its highest point, or market top, a declining bear market usually follows. Only three other teams in NBA history have ever won 20 or more games in a row. Every one of them slumped immediately after. 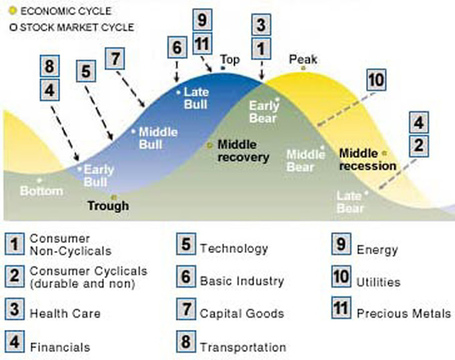 So, was it just unfortunate timing? Was it coming up against an uber-talented, hungry Thunder team? I think both. But our dear Spurs had just performed one of the rarest feats in NBA history: winning 20 games straight. And they did it into the playoffs, which none of the above teams accomplished. So when our slump hit, which likely would not have lasted much longer than it did, it was like a trapeze artist performing without a net. Durant, Etc. skillfully took advantage, and the dream season was over.

But the thing to take away is not that we lost four in a row, but rather that we won 20 in a row. Duncan isn't going anywhere, Tony is an MVP performer, Manu can still take over a game, and PATFO have earned our trust that the right moves will be made to ensure our success and consistency in perpetuity.

Thus, our bear market hit bottom after our record-setting bull market climb. Not to worry. Prior to the slump, we all knew we had the best team in the league, and the best team any of us had seen in a really long time. Well, we've still got that team. And the impossible but true news is, that team is only getting better.

Now...next year, let's not slump in the Western Conference Finals. Let's lose a game here and there to keep it all even.