Share All sharing options for: The 2012 NBA Mock Draft: Round 2 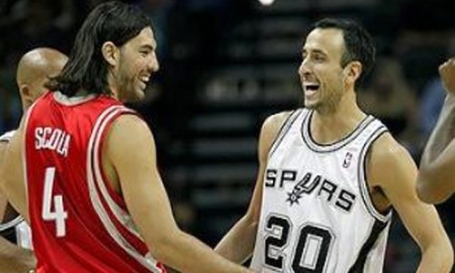 It's here. Thursday. Pop, RC, and the best scouts in the biz, working together, will make their draft day move. Will they keep the 59th pick and select a hidden overseas talent or a college star who was slated to go higher? Might they make a move for the number 3 overall pick and grab Bradley Beal? Or is another trade in the works? Should they stay put, it is nearly impossible to predict the 59th pick (we drafted both of the guys on the right around where we're picking this year), but the impossible is what we do at PtR, so let's dive in...

And once again, check out DC Pro Sports Report (who featured this mock) for more great mock drafts.

32. Washington Wizards - F Draymond Green, Michigan State - Most predicted him to go first round, I see him dropping due to size

34. Cleveland Cavaliers (from New Orleans) - F Will Barton, Memphis - The Cavs get badly needed wing help, Barton could have gone 1st round

39. Detroit Pistons - F Khris Middleton, Texas A&M - Has seen his draft stock rise in workouts as a big shot-creating wing, and he'll get his chance to create with Detroit

53. Los Angeles Clippers - F Tornike Shengelia, Republic of Georgia - Clippers need depth behind Blake Griffin, Shengelia was predicted by some to go high in the second round

55. Dallas Mavericks (from Los Angeles Lakers) - C Henry Sims, Georgetown - Looked much better rebounder/shot blocker at Portsmouth Invitational than he did in senior year; 7'4 wingspan can develop behind Haywood, Mahinmi.

60. Los Angeles Lakers (from Chicago) - G Will Buford, Ohio State - One of OSU's best scorers ever, should be solid reserve shooting guard to help Lakers with much-needed depth

In Summary: No one, I repeat, no one can confidently predict what the Spurs will do in this draft. If a player of Murphy's caliber fell to 59, it's very possible we would take him. However, Radosevic and Johnson-Odom are also realistic possibilities, and both could be quality additions. All said, researching the 2012 draft has shown me the real depth in this class. Take courage in the fact that several players with unique skill sets and potential to contribute very soon will be available at the end of the draft.