Share All sharing options for: Pics from Games 1 and 2 While You Wait for Game 4

Sit back and enjoy some photos and some snarky comments from games 1 and 2 while you wait for tonight's game.

Here's a cool shot of the commandos coming down from the ceiling on the Go Spurs Go banners. This likely wasn't shown on TV. 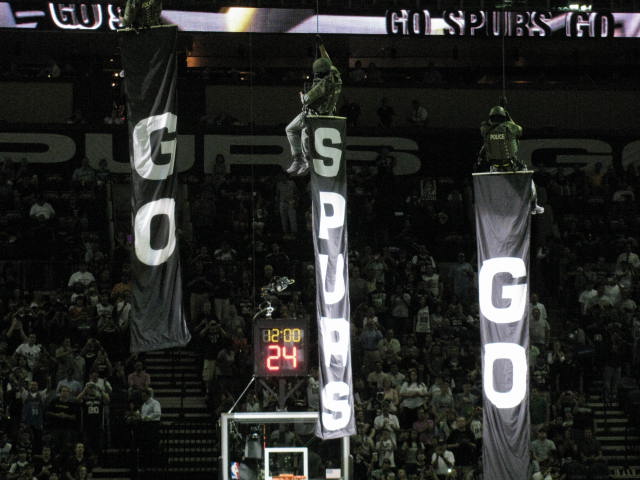 Sovia, the SuperFan, did not disappoint with her costume for game one: 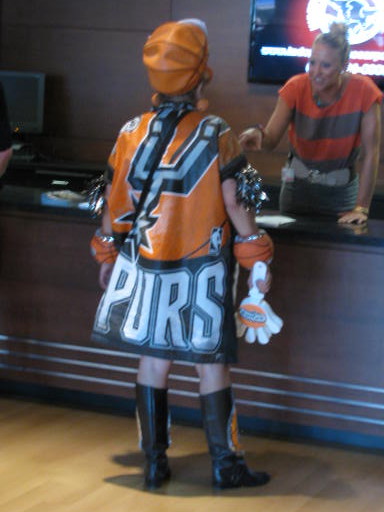 Jimmy Goldstein has his own interpretation of Spurs colors for game two. 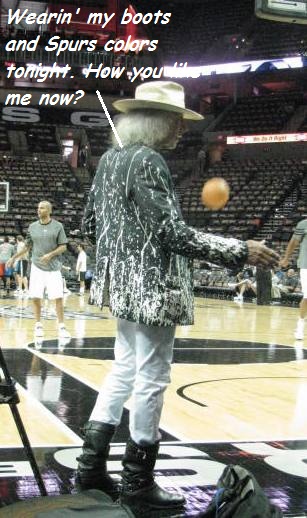 My friends and I gave Craig Sager some grief before game 2 for wearing Thunder colors, although light orange and light blue. He insisted the jacket was "salmon". 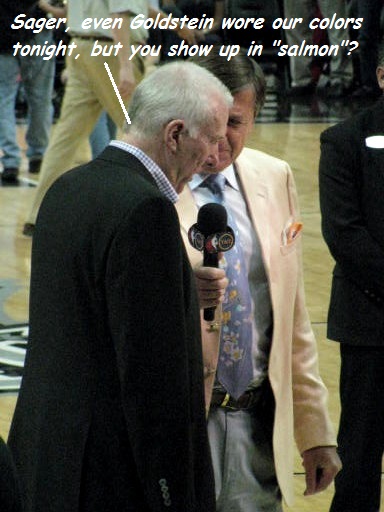 The struggles of Sparkles at the free throw line are turning into a sort of basketball novela. 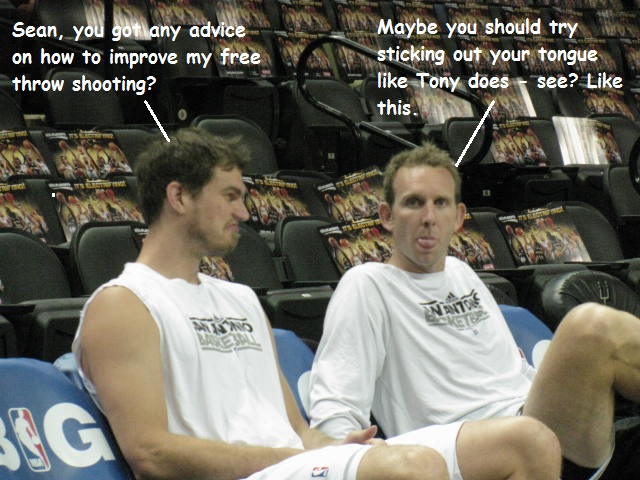 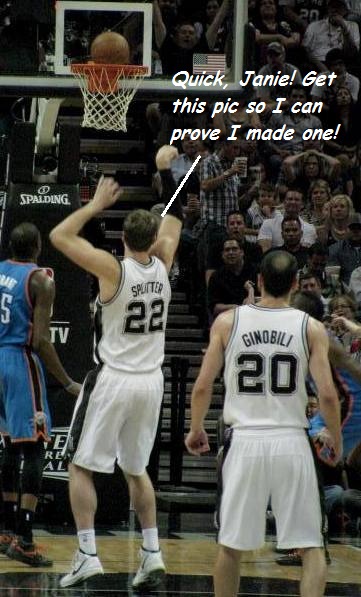 On Tiago's next free throw, the crowd was on it's feet and cheering: 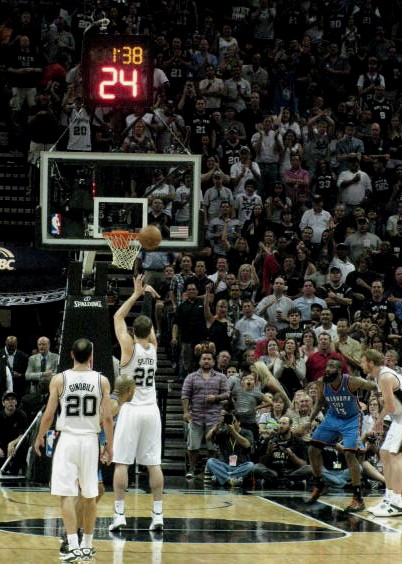 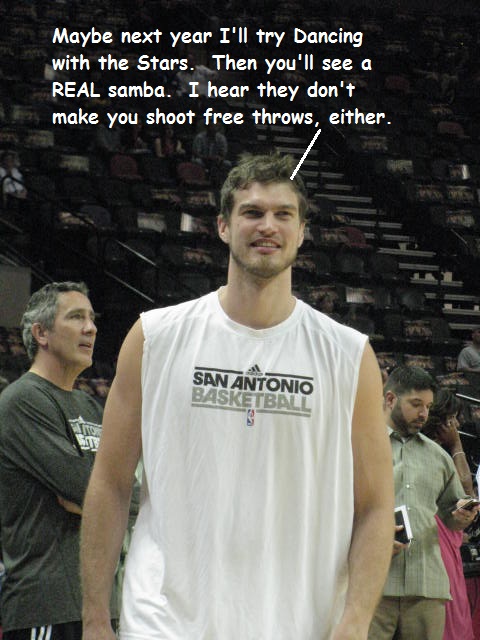 You all know my feelings about Fran Blinebury, but he has actually written some good stuff about the Spurs lately. I introduced myself (although not as the lady who sends him those complaining e-mails) and complimented him. He seemed surprised and thanked me for reading his columns. 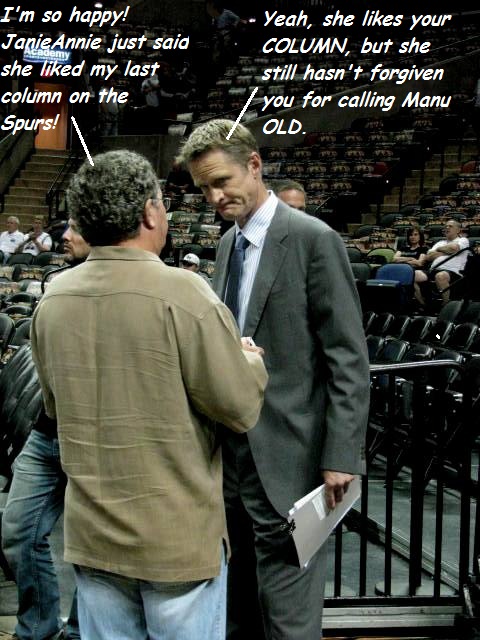 Some of the fans need to work on their signs a bit, but I'm glad to see the spirit is there. 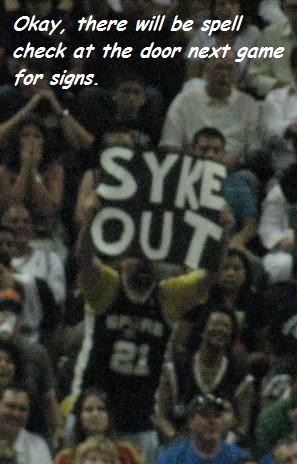 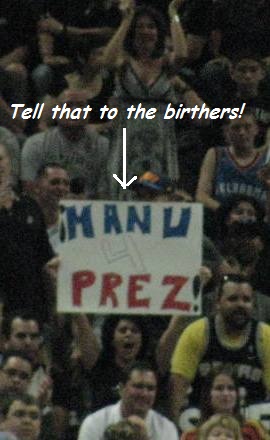 JRW wrote about the Spurs body language. Manu has that look of "we are not going to lose" as he waits to go in the game, and the NBA's banner echoes his emotions. 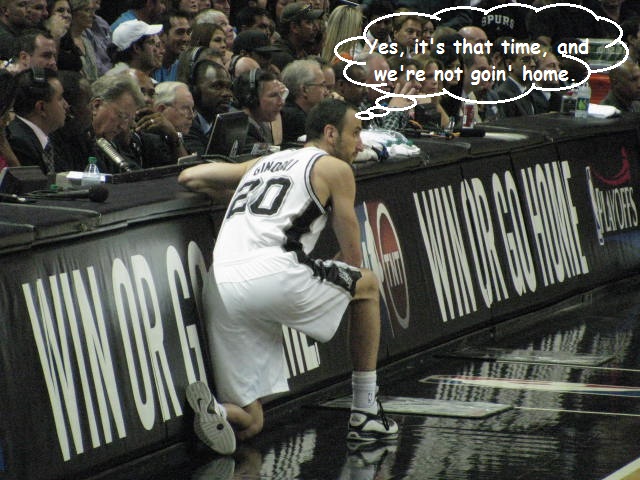 And he backed it up with his play. This shot would have been one for the ages if I had not caught one of the strobe flashes of the pros shooting from the other end. There were several pro shots that caught this from under the basket, but this is the only one from the opposite end that I have seen. 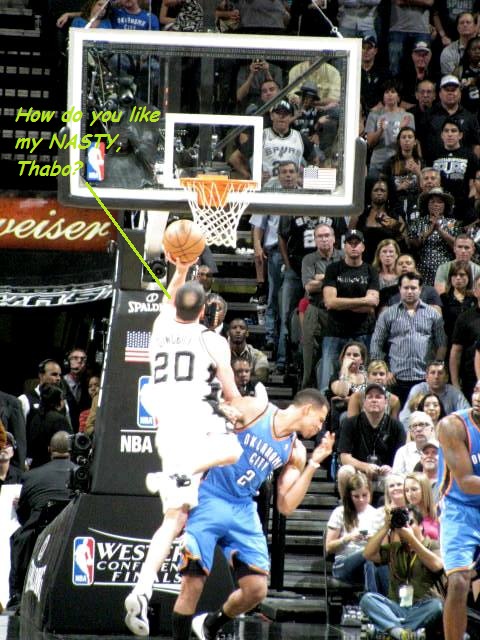 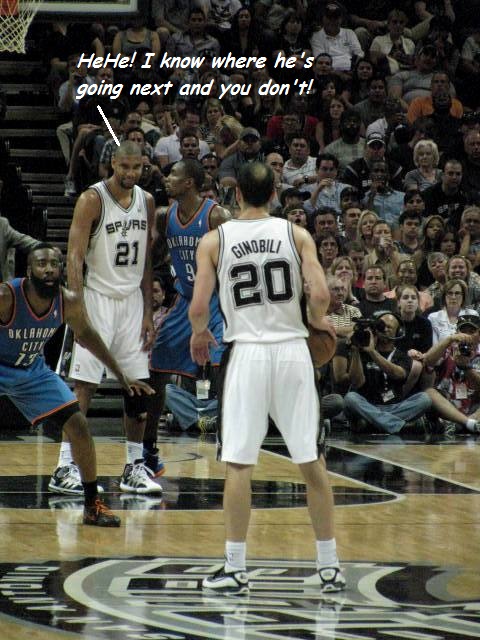 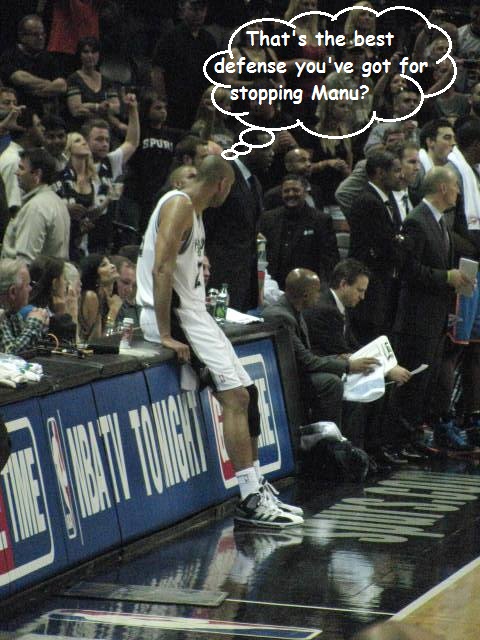 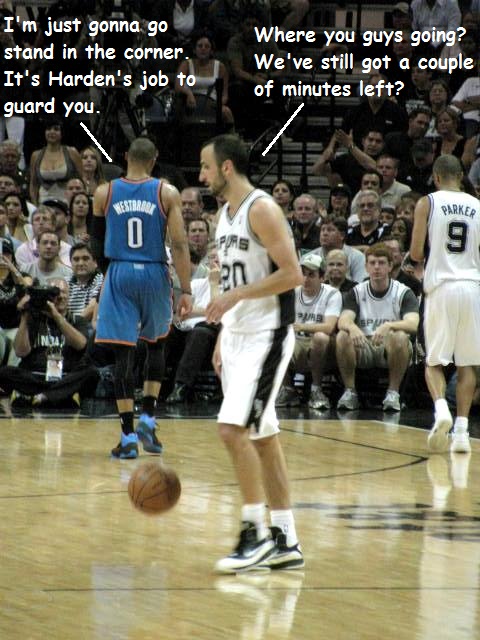 Tony had played the first game with a shin guard - I see why in this pic. Must be something left over from the Clippers series. 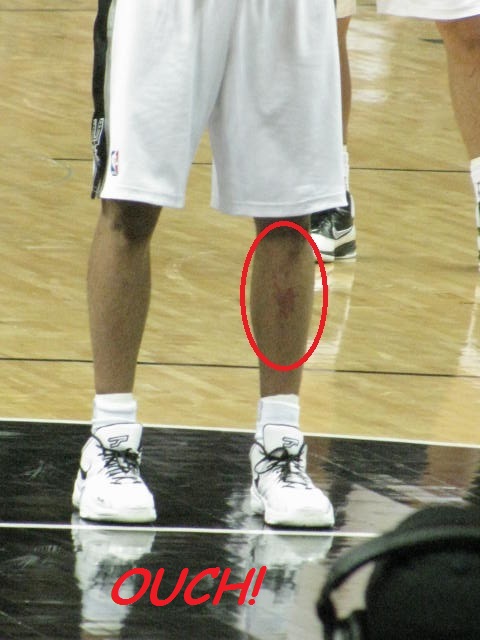 Yes, it was a Big Boy Game - Diaw was very physical in guarding Perkins: 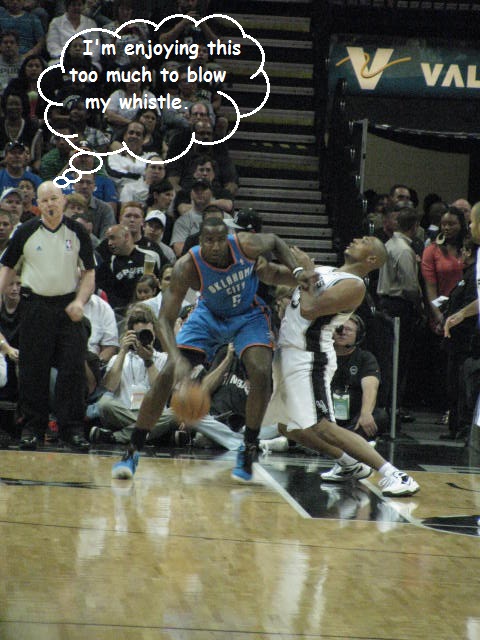 Jackson remains his emotional self, but Timmy and Manu calmed him down after he was called for a foul. 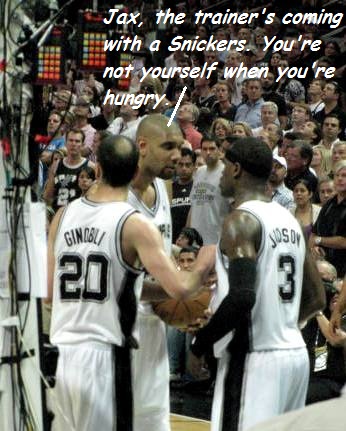 The timeouts are so long when national TV does the games. Here the Thunder break their huddle early and wait for the Spurs, who were still plotting strategy. 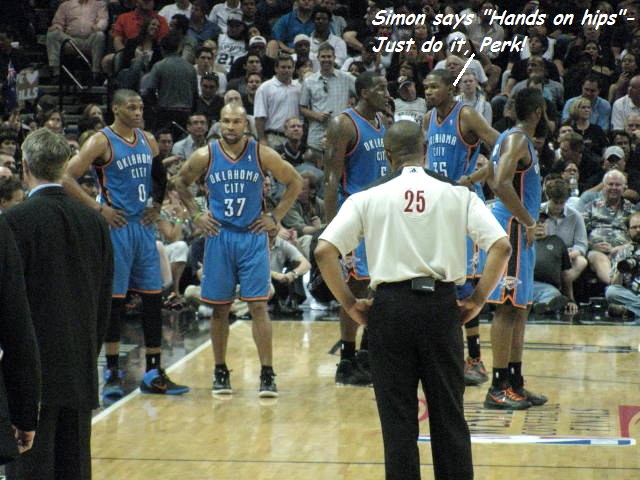