What do you do for your mojo?

Share All sharing options for: What do you do for your mojo? 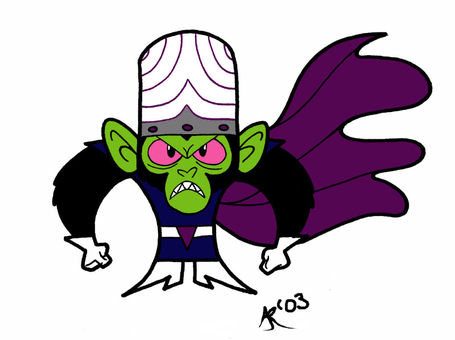 I heard a great little piece on NPR the other day about how a fan sets up what he calls his "war pod" where he roots for his team, the New York Yankees. It got me thinking about the crazy rituals I do for the Spurs and how mojo is such a big deal here at PtR.

I'm not sure I have disclosed this information anywhere else. In fact, I don't even know if my loved ones know about it. I can assume they have picked up on certain things, but maybe not all of them.

My tradition starts by wearing my lucky Popovich jersey tee the day before the Spurs play. For example, if the Spurs play on Monday, I wear the tee on Sunday. I also shave my face the day before. In fact, I make it a habit of doing all essential things such as grocery shopping, spending time with the girlfriend, whatever it is that COULD distract me on game day, the day before.

On game day, I set the GameThread up in the morning. If it's a regular season game, this usually takes about 10 minutes because I have to change the logos, look up the other team's roster, look up the refs, and find a funny image. Not just any image will do. It has to be just right. Funny enough, but not cloying, with the right amount of whimsicality.

An hour and a half before tipoff, I set up my laptop in the living room and wait for the GameThread to publish, open up TweetDeck and process any pre-game information coming in from Matt Tynan or JRW. Once the GameThread publishes, I open it up in a new tab, switch it over to the first tab position, then get the "part II" GameThread ready to go.

So at this point, I've got 3 tabs open (current GameThread, "new"/unpublished part II GameThread, and the PtR homepage). Everyone populates the thread, and 30 minutes prior to tipoff I turn on Fox Sports Southwest to watch the pre-game. When Ric Renner signs off, handing it over to Bill and Sean, I open a TXT file of the links to the Start/End of quarter images, and keep the "start of the 1st quarter" image link copied in my clipboard. At tipoff, I post the image and switch my attention over to TweetDeck and post short updates about the game, while watching the game, and making sure everything in the GameThread is running smoothly. This is why my comment rate has dropped off so much.

The process continues until halftime where I make a new GameThread and take a short break from posting updates on Twitter and rejoin the PtR GameThread Faithful (PGF?). I don't have much to do during halftime, so I sort of cherish that short 15 minute break (especially during the grind of a season).

When the 3rd quarter starts, I post that quarter’s image in the thread, and we're off again. I start creating the QuickCap either around the 2:00 mark of the 4th quarter OR whenever I feel the game is "in hand". I search for the best image, open up another tab for the roll call script, paste all of the links to the previous GameThreads so they are ready, and leave a space for "SPURS WIN!" (which I do NOT type until they actually do) and watch the rest of the game.

Once the final buzzer sounds, I give PtR about 2 minutes (for everyone not watching the game live on TV) to catch up, run the roll call script, copy/paste it into the QuickCap. Give everything a final look over, publish, and share the link at the end of the thread with the "end of the game" image.

If it's a home game and we have PtR staff interviewing players and coaches, I then create yet *another* thread, switch over to my desktop and open iMovie to await the files being sent from the AT&T Center to my Gmail inbox, so I can convert the audio files into a movie for Youtube/Vimeo. Once those are processed and complete, I upload them and paste the link. My night is finally over.

So what about you all? What have you been doing to help the Spurs win?