There's no time like Playoffs time at the AT&T Center. People settle into their seats earlier. They are on their feet for introductions. Crazy costumes abound, faces are painted, and more signs are seen in the stands. Hearts are lighter, and voices are louder. And the old building gets spruced up with some new wall decor on the outside. The first part of this post takes you on a tour of the outside banners; the second part has a few photos from game 2. For more pics of the first two playoff games, check these albums: Game 1 and Game 2

Flying over the parking lot, suspended from a tall crane, is a GO, SPURS, GO flag. 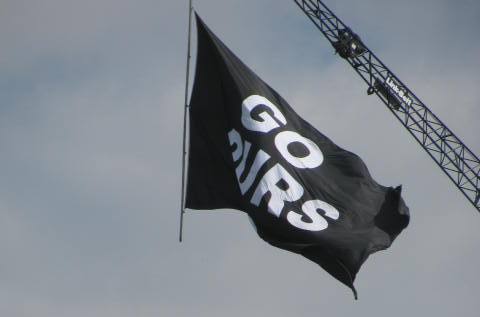 This year, banners were added to recognize all of the Spurs players. In the past, only Manu, Tony, and Tim had their images adorning the building's exterior: 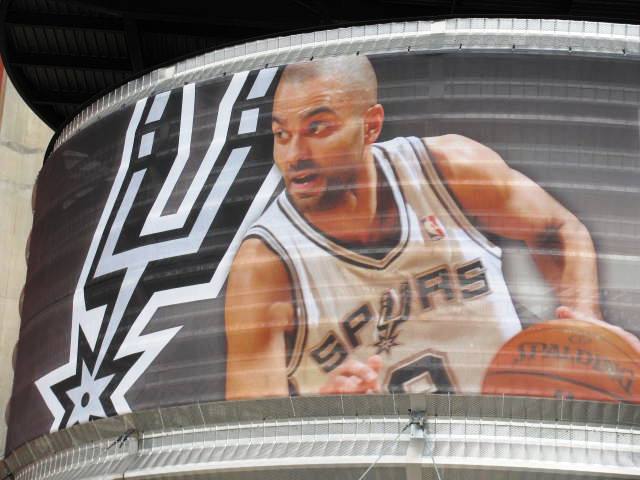 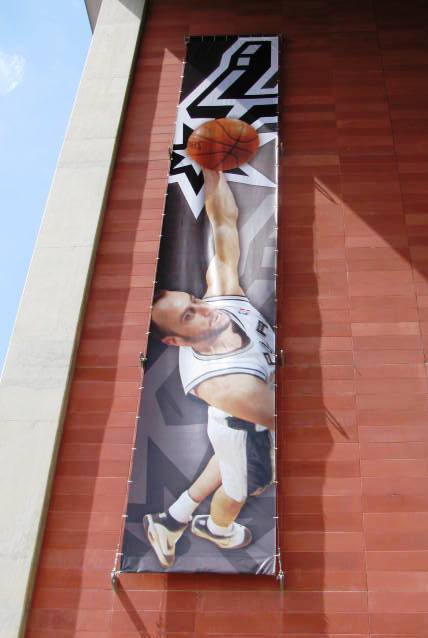 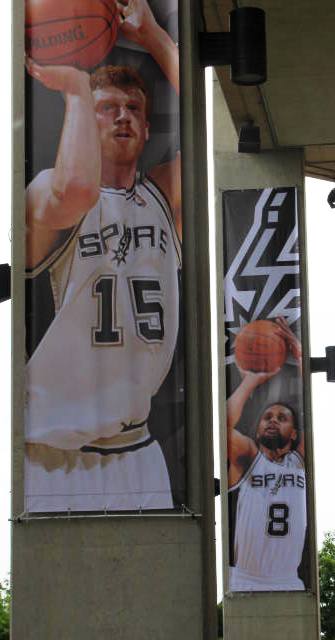 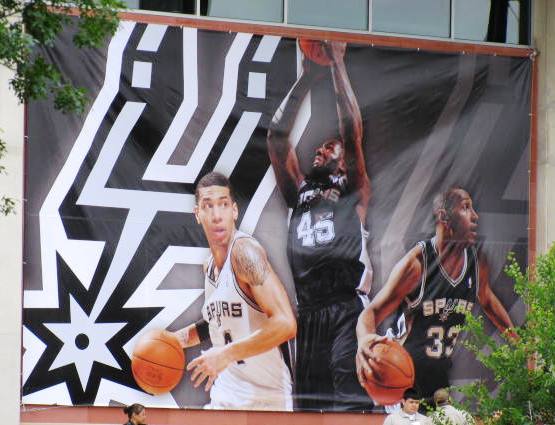 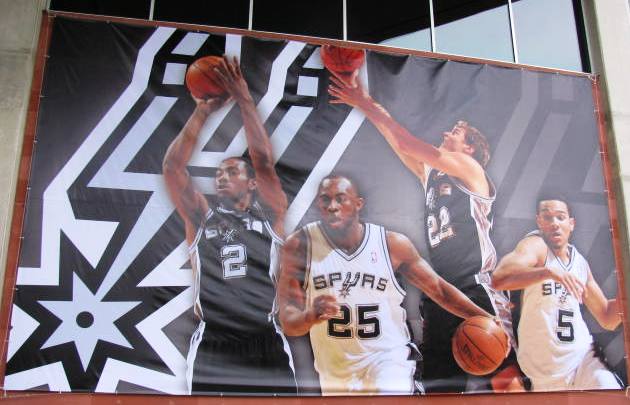 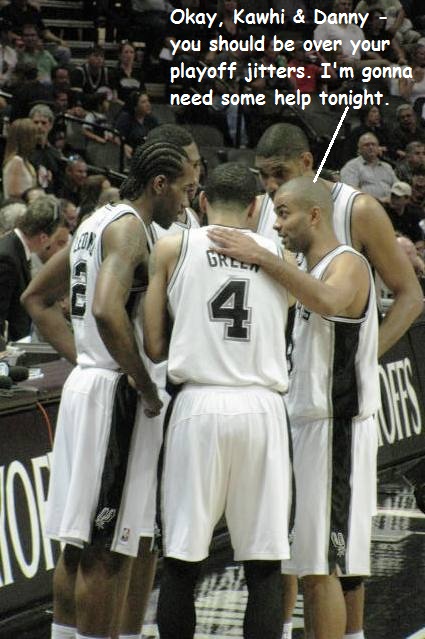 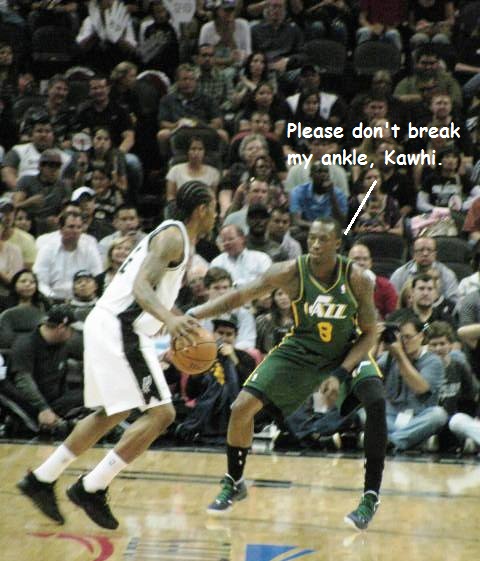 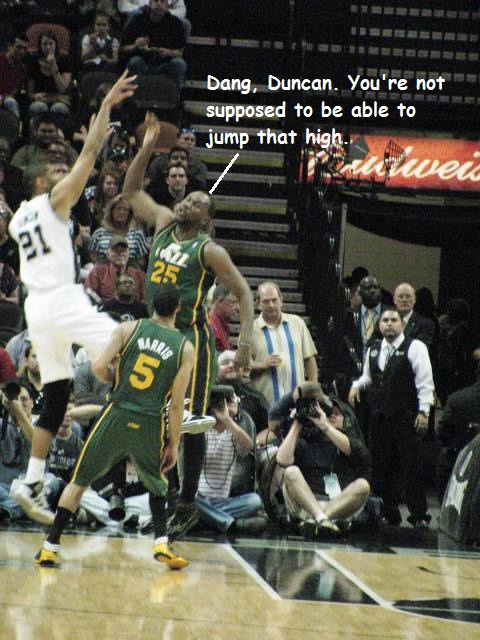 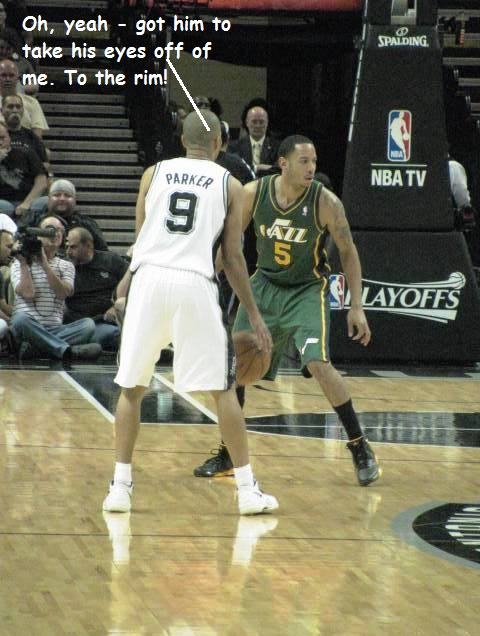 Before the game, Coach Pop accepted the Coach of the Year Award from David Robinson and Tim Duncan. His entire staff surrounded him. After receiving the trophy, he attempted to hand it off to one of the assistants, but none of them would take it. But the coach of the year continued to coach as he had all season - full of emotion and guile. 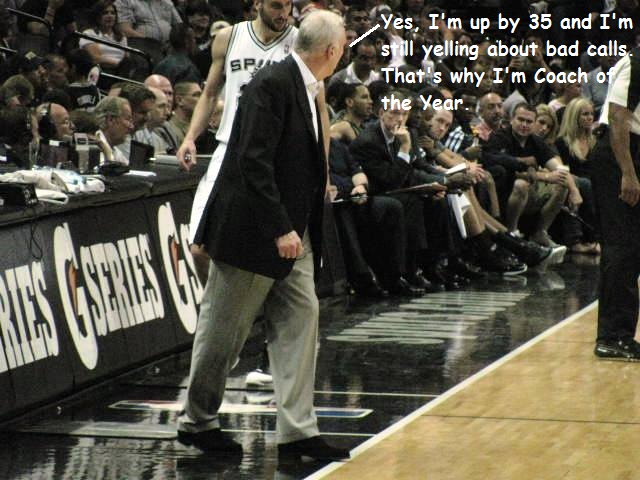 Midway through the third quarter, Pop sent Patty Mills to the scorer's table to check in for Tony. Tony did not want to come out of the game. The first two photos are an accurate account of what was said between the two men. Check out the link to the Inside Track video from the NBA to hear the whole exchange: Parker and Pop 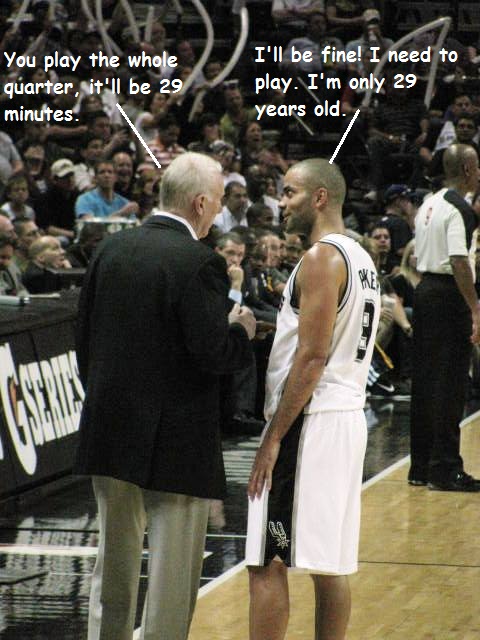 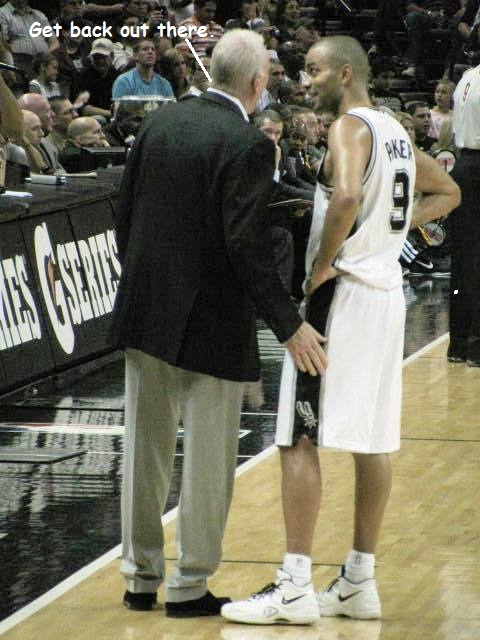 Pop eventually took Tony out with about 2 minutes left in the third quarter, but Tony appeared to still want to play. Pop was having none of it. What follows is what could have been said: 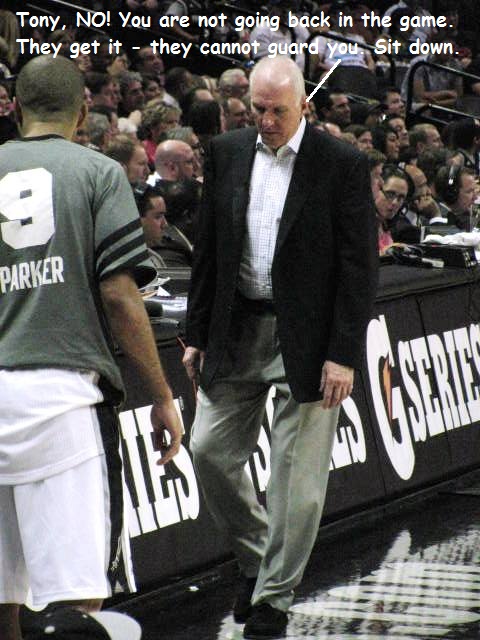 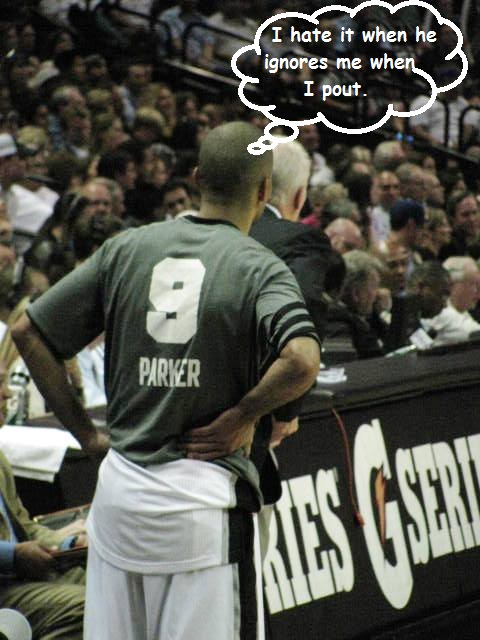 Tim also got an early rest on the bench. Other than the entry of James Anderson into a game, the surest sign of a Spurs victory is when Tim takes off his brace and hands it to the equipment manager. And yes, there is a knee under that brace. And for those who don't get the Tim Kness reference.... 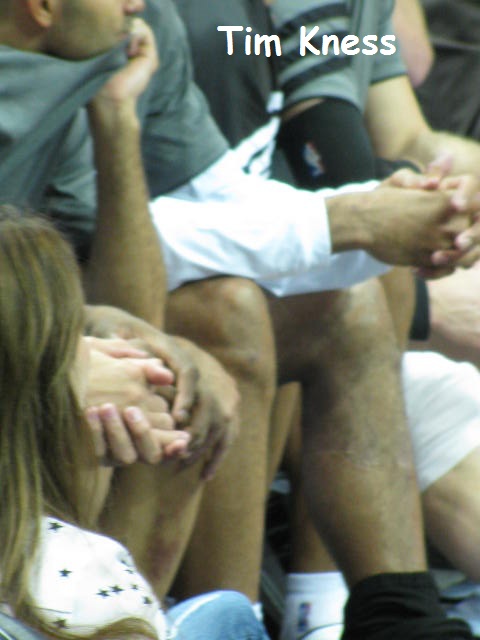