The Shot that Tony Parker Passed Up

Share All sharing options for: The Shot that Tony Parker Passed Up

[Editor's Note: This was written and posted before Game 3. -jrw] 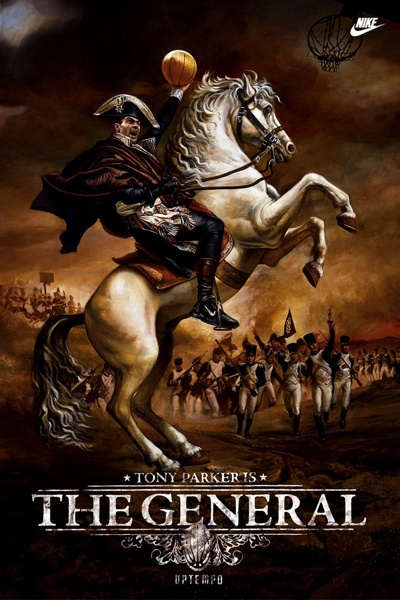 How cool is this image of Tony Parker? It's the perfect visual representation of his performance in Game 2.

The Shot Tony Passed Up (via sbnpoundingtherock)

He had the open 3, but that's outside of his range. So he shook it off, took a single dribble to get inside his range, uncorked the J -- bottoms!

Such a tiny detail. But with such huge implications. Such a small move. Such a difficult thing to make yourself do, to realize your limitations and work within them. That's maturity. He's all growns up, and he's finally getting comfortable enough to wave off Pop when he's getting yelled at. Now, he came right back to him. But he did wave him off DURING A TIMEOUT. And there's some maturity in there as well.

Stepping into his big boy game, and realizing that when he's been entrusted with the keys to the car, that means that he also has the authority to decide the route to take. And his post-game with Sager was terrific. He really feels comfortable in his own skin as an athlete. Enough so to admit that the main struggle in giving Pop what he wants is the fact that he has to walk the razor's edge between being aggressive to find his shot, and setting other guys up. Shoot too often without good results, Pop calls a timeout and yells at him. Go too long setting up his teammates to the point where the offense isn't being productive enough, Pop calls a timeout and yells at him. And he's not trying to be perfect anymore in order to keep Pop off his back because I think he realizes the truth. Pop will always be on his back.

But that's just because Pop's always on everybody's back. And that's because Pop is about making every player better all the time, every game, year after year. Want to know why (four or five years ago) Manu defied the general consensus that he'd topped out? I think Bill Simmons said something to the effect that he was a shooting guard in his late-20s, "He is who he is." And then Manu uncorked his best year ever. Want to know why Duncan is able to stretch out his autumn years into a nearly infinite curve, stats wise -- and still have a huge impact on the game every time he steps onto the court? It's all because Pop is on their back, in their ear, at their side. Pointing out this possibility that they might not have seen on that last possession. Drawing their attention to that double team that stopped them earlier in the quarter. It never stops because he never stops. And because every minute is a possible learning moment, then a teachable attitude looms large as the most important quality a Spur can possibly have.

Staying open to receive, rethink, and reason it all out: that's the key to constantly getting better.