Whippin' the Clips - pics from games 1 and 2

Share All sharing options for: Whippin' the Clips - pics from games 1 and 2

A few random photos from games 1 and 2 for you to enjoy while we wait for game 3. Let's begin with Chris Paul and Manu facing each other down on the court. The level of concentration is high, very high. 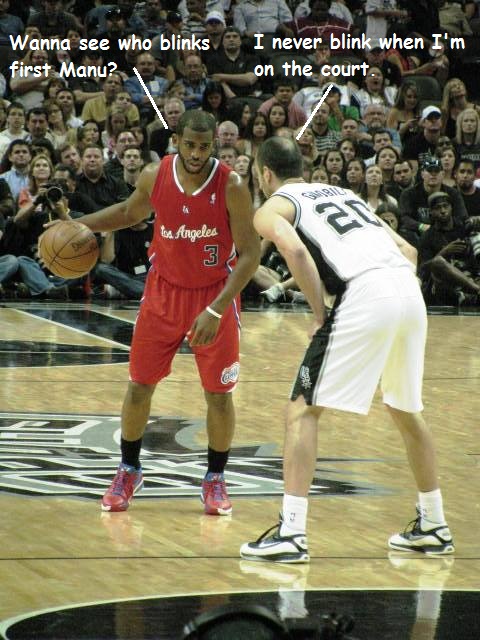 In attendance at both games was NBA Superfan Jimmy Goldstein, who seems to be known by everyone who is anyone and has the run of any arenas in the league. A season ticket holder for the Lakers, he actually roots for whomever they are playing. He is writing a playoff diary for GQ magazine to chronicle his travels around the country to witness games. Here's the link to read the first installment: Goldstein Chronicles, Part One 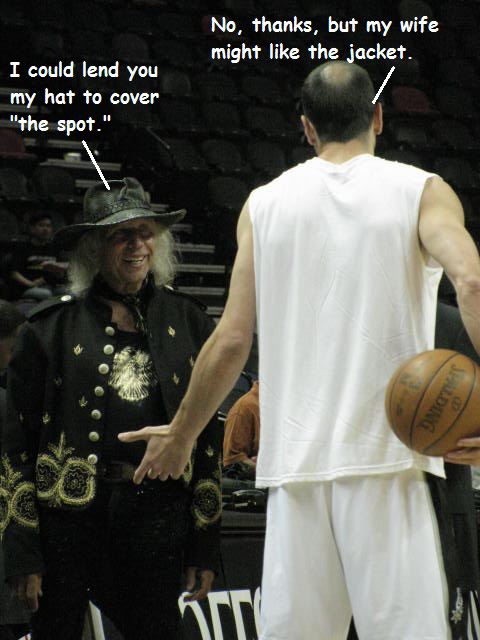 A controversy arose in a San Antonio middle school this week when a young red-headed student had Matt Bonner's portrait cut into his hairstyle, only to be told to get rid of it or face in-school suspension. He got rid of it, but Bonner provided tickets to game 2 and greeted the youngster before the game with a bag of goodies, including an autographed jersey. Coach Chip Engelland appeared during warmups with a photo of Bonner taped to his hair. 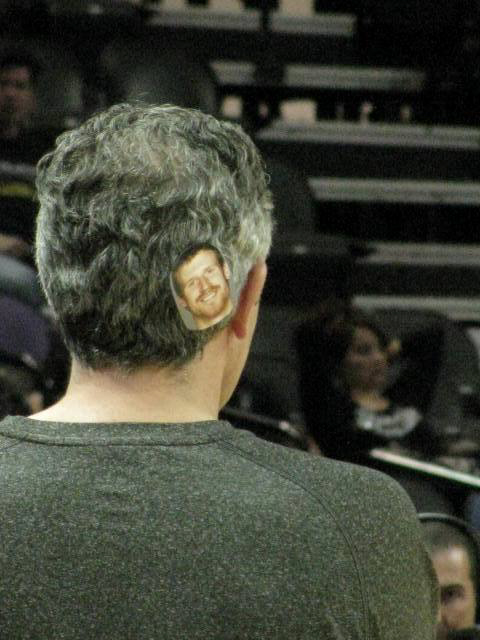 Kawhi Leonard has been impressing with his play in the post season. He was frequently given the assignment of guarding Chris Paul. 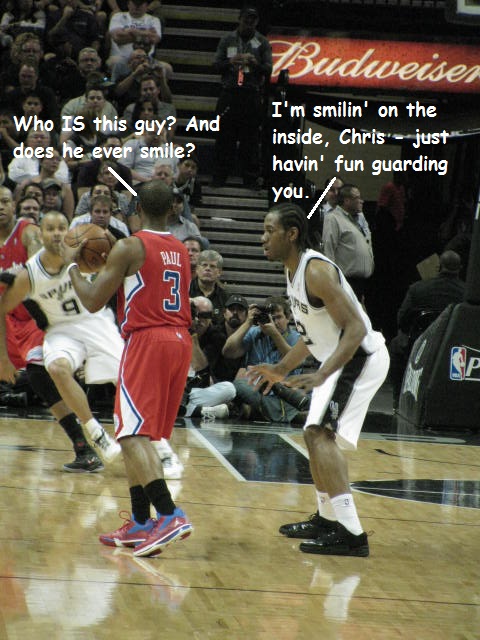 Kawhi on a fast break after causing a turnover 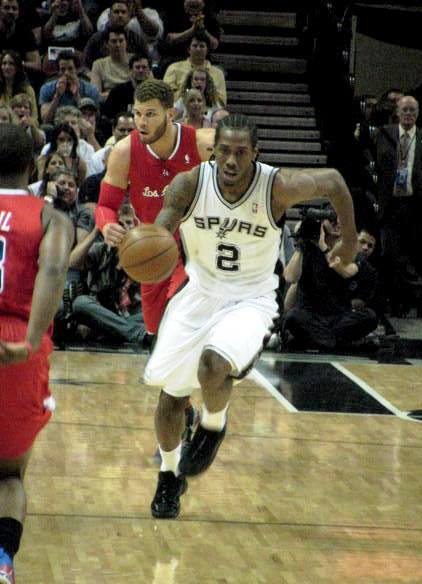 Tim Duncan is quietly intimidating before the tipoff of game 2 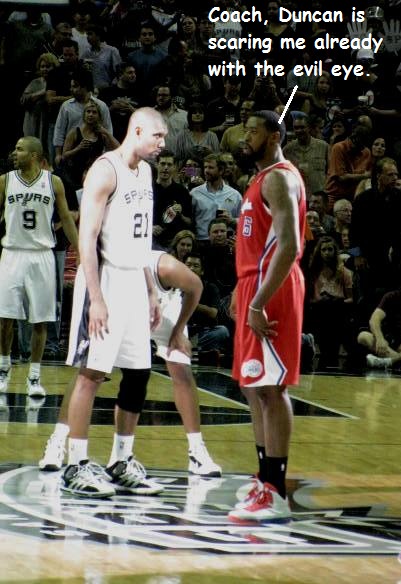 Manu has a very demonstrative way of letting officials know he disagrees with a call. In game 1 he registered his objection to being called for a charge well after the call had come and gone, refusing to let go of it. 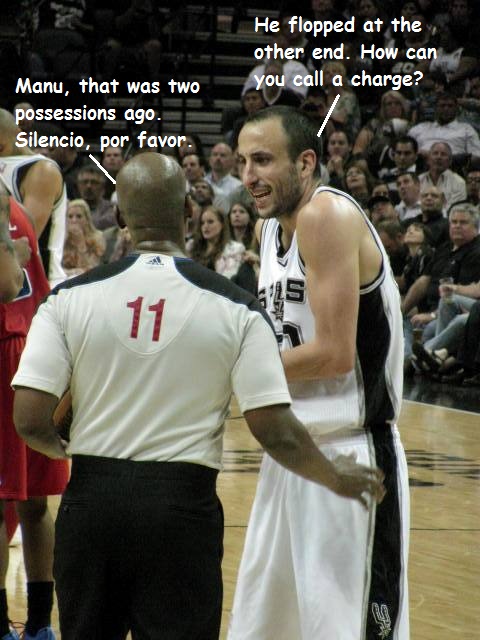 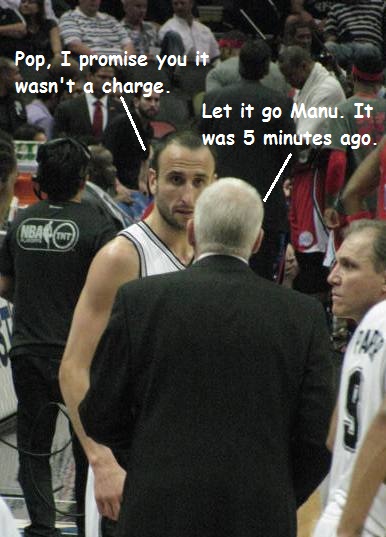 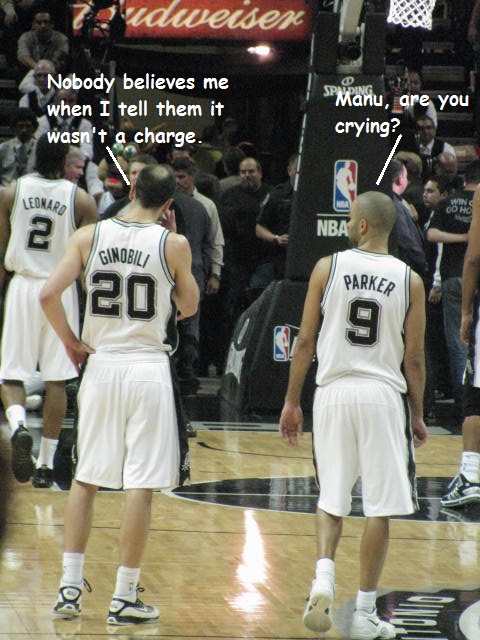 In the second quarter of game 2, while waiting for the Clippers to shoot a free throw, Coach Pop called Manu over to give him instructions for the next play. Manu then proceeded to walk to each of the other four Spurs on the floor and quietly speak to them to tell them the play. Normally I see him give a had signal for the play or just shout out to his teammates. 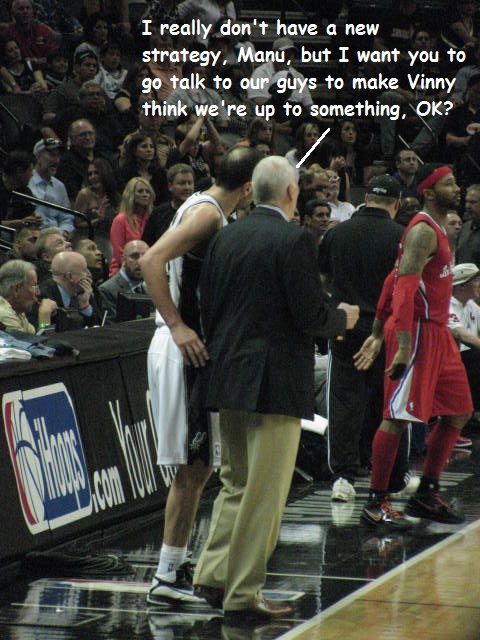 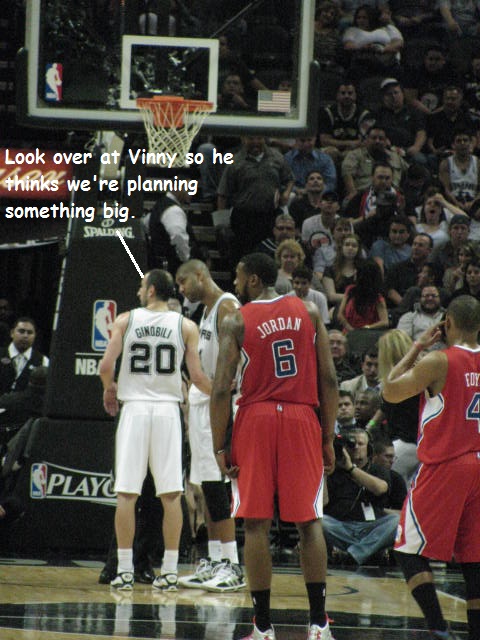 And then there's the tale of Coach Pop and those in-game interviews between quarters. More than one NBA sideline reporter has been burned - in the Jazz series, Ric Bucher's interview of Pop was just too bad to air. 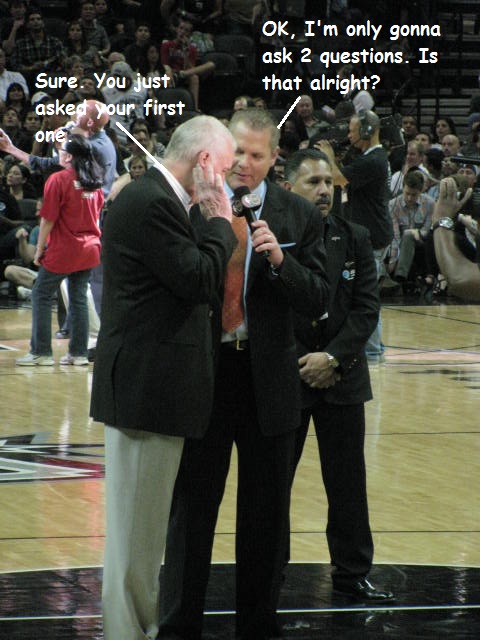 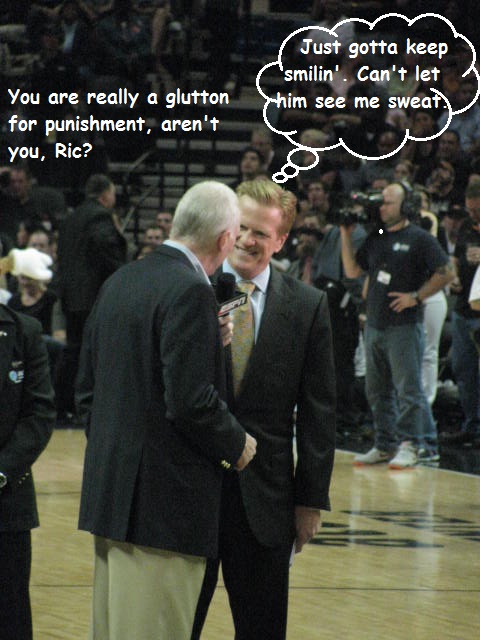 To view full albums of the photos from these two games, click on these two links: