I have never really wanted "nice" things. It started when I was a child. I would be content within the confines of the box that contained my toy rather than, you know, the actual toy. The box never ceased to entertain, it's square frame eliciting numerous possibilities which, at the time, seemed endless. (Yeah, I was a weird kid.) I feel that same basic methodology applies to the Clippers fan base. They were always the laughing stock of Los Angeles, toiling in relative obscurity except for the antics of one Donald Sterling shedding light that, yes, they deservedto be the laughing stock of Los Angeles and, on a larger scale, the basketball world. Clippers fans asked for a toy and instead received a box, albeit one without all four sides. A quasi-box, I guess.

There was Sterling yelling at Baron Davis, Sterling finding faults in "Clipper Darrell", Sterling paying $2.73 million to settle a federal housing bias lawsuit, Sterling fielding one of the worst basketball teams for the better of the decade, Sterling impeding any progress that the team may have made after their brief playoff run in the 2005-06 season.

And, naturally, it was Sterling's Clippers that selected Michael Olowokandi with the No. 1 overall pick in the 1998 draft over Antawn Jamison, Vince Carter, Dirk Nowitzki and Paul Pierce. Olowokandi's career averages (8.3 points and 6.8 rebounds per game) never quite justified that kind of investment. 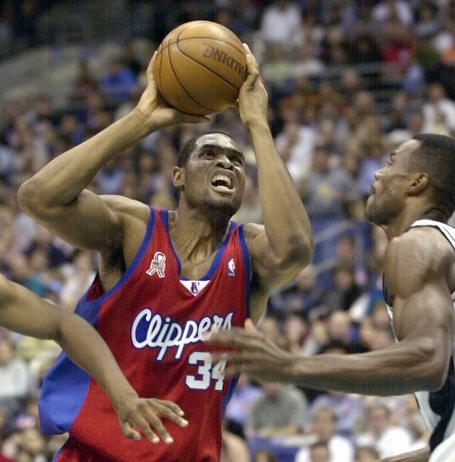 As the Lakers controlled the better part of the decade with three consecutive titles, the Clippers responded with a sparkling 70-176 record spanning the 1999-2002 seasons. It didn't get much better for the other Los Angeles team with the notable exception of the 2005-06 Clippers that actually won more games than they lost.

Two years removed, the Clippers posted a 23 win season followed by 19 wins, then 29 wins before topping out at 32 wins during Blake Griffin's exhilaration rookie year. The rebuilding process was supposed to be meticulous and like everything the Clippers do, highly likely to implode in drastic fashion.

Eric Gordon was a developing star that could score with startling efficiency. Griffin was the darling of the NBA, known for his ferocious dunks and not a fundamentally sound game. Al Farouq-Aminu and Eric Bledsoe added athleticism and youth to a team that had the potential of developing into a burgeoning power with the help of the front office. The Clippers' average age was 24.6 years, fourth lowest in the NBA, indicating that growing pains were highly likely.

But the growing pains never came. The Clippers snatched away Chris Paul from their "friendly" rivals across the street, in a development that compelled some NBA pundits to jump onto their bandwagon and, possibly, shift the power balance from the Lakers to the less heralded Clippers.

The Clippers gave up a significant package, however. Along with Gordon, the Clippers sent Aminu, Chris Kaman and Minnesota's 2012 unprotected first-round pick for the rights to Paul. Still, given the talent of Paul and the immediate frenzy that ensued, the trade was not only equitable economically but it seemed to elevate the Clippers into the elite teams in the NBA.

The Clippers filled out the rotation with 31-year-olds Caron Butler and Reggie Evans and 34-year-old Kenyon Martin. In one year, the Clippers vaulted to 21st in the league in age (27.3 years). The rebuilding movement never materialized. The Clippers were finally here to play.

Of course, along with expectations came the sudden realization that the Clippers were an inherently flawed basketball team. More than capable offensively, deplorable defensively and predisposed to fouls and unimaginative offense sets.

That brings me to this playoff matchup. Spurs fans haven't worried about the inner machinations of the organization from a granular level. Anyone who vaguely follows the Clippers has probably spent more time obsessing over the poor state of the organization than analyzing the team play. There is an obvious disparity in the way we approach our teams.

Spurs fans approach the Playoffs with a modest sense of entitlement and a modicum of self-doubt. Clippers fans approach the Playoffs with genuine surprise and hope. Maybe that will change over time but I can't fault the Clippers faithful for being predisposed to failure. It ttakes awhile for the culture of a fan base to shift in the other direction. 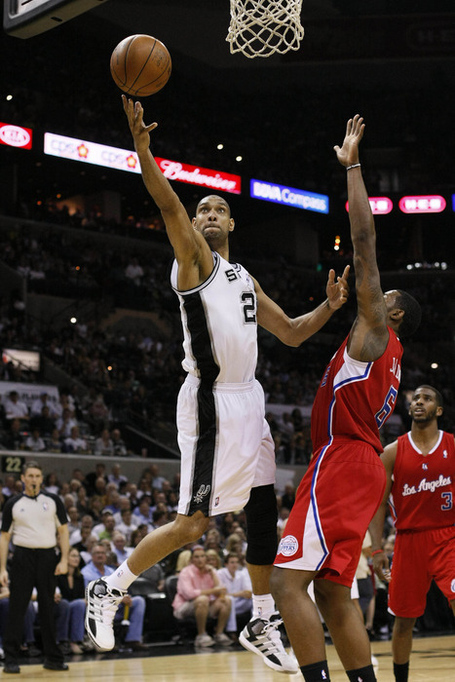 Prior to this season, Clippers fans were content to play with a box while their well-liked bigger brother (Lakers) basked in the glory of many toys (championships) and the adoration of the family (the NBA).

Until now, of course.

Perhaps Clippers fans have finally received that toy they always wanted. Hopefully it won't collapse when they open the box.