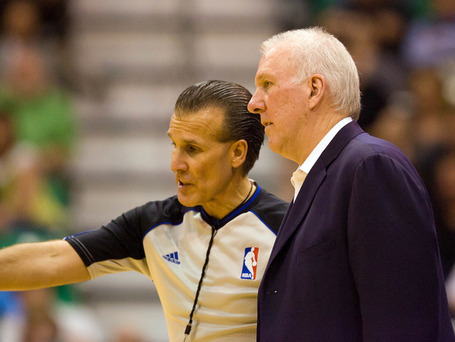 The Spurs travel without the "big 3" (Tony Parker, Tim Duncan, Manu Ginobili). The starters are Patty Mills, Danny Green, Stephen Jackson, DeJuan Blair, Boris Diaw. Not surprisingly, the Spurs go without a FG the first 3 minutes of the game. Surprisingly, as do the Jazz. At the 6 minute mark, Gary Neal is the first substitute for Patty Mills. The effort from the Spurs is a little less than desired, leaving players wide open and allowing offensive rebounds. Spurs end the quarter down 19-23.

Starting the 2nd, Neal/Green/Leonard/Bonner/Splitter. Early on, Mills comes in to substitute for Neal, which proves to be effective. Mills finds his quickness and ability to hit open shots. The score and lead see-saws back and forth. At the half, thanks to terrible turnovers and missed calls. At the half, Spurs down 44-47. Still winnable.

More sloppy play starts the 3rd quarter, as this game's starters start the 2nd half. For as sloppy as the Spurs played, they never allowed the Jazz to get ahead more than 5. Spurs go on a very fast 9-0 run thanks to a Bonner 3 and excellent Spurs defense. End of the quarter run of a Splitter layup and a Danny Green corner 3 allow the Spurs to lead after 3, 68-64.

Spurs come out red-hot in the 4th executing and firing on all pistons. Bonner three, Kawhi and one, Splitter. The quarter rocks back and forth in the Spurs favor, then not. Overall, the horrific foul calls in favor of Utah combined with the lack of solid execution by the Spurs on the offensive end, resulted in the Spurs win streak cut short. Spurs drop this one 84-91.