State of the Spurs: OH YEAH!

Share All sharing options for: State of the Spurs: OH YEAH!

So, everyone is riding pretty high right now. We've got another league leading win streak, we're second in John Hollinger's robotic power rankings (a pretty good indicator of past/future success IMO) and our esteemed leader, JR Wilco, has written several articles recently about how great the Spurs are. In a sign of the end times, Fred Silva is praising Matt Bonner with compliments that are hardly back handed. After the OKC and Miami losses, the Spurs now have the best record in the West and second best record overall. Everything is great in the Spurs universe. Right? 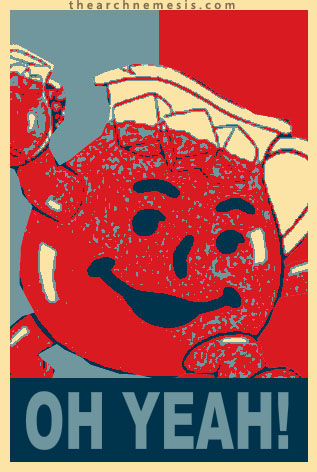 Well, yeah. Kind of. While I'm definitely sippin' the Kool Aid, I'm taking a guarded approach. I like how we match up with most teams (you'll see more evidence of that in the "State of the Spurs Competition" series), but it seems most everyone shares a collective concern: the Spurs defense. Our defense for the season is ranked 13th in defensive efficiency. But we made some major moves in the past month, and those moves were made at least in part to improve our defense. Instead of looking at season-long stats exclusively, I'm going to look at the individual games our Spurs have played and see how they've done holding offenses to lower than their season average in offensive efficiency. To me, that's the mark of a good defense- holding opponents below their averages. Since pace can fluctuate quite a bit from game to game, normalizing the stats by measuring points per 100 possessions instead of PPG is a good way to measure how we're doing. That being said, here is how the Spurs are doing since the first game of March:

Bold teams are teams that would be in the playoffs if they started today.

You'll notice there is a lot of fluctuation. That's normal. The highest rated defense in the league belongs to the Philadelphia 76ers, and they exhibit similar patterns...although their numbers are all significantly lower. To me these numbers indicate that on the surface there is cause for concern about the defense- but this is an excellent example of that stats not telling the whole story. As has been widely discussed here on PtR, the Spurs are the best defensive team in the league in the last 5 minutes of close games. Of the games above (Knicks, Clippers, Wizards, Magic, Mavericks, Suns, Kings, and Pacers) where we allowed them to be more efficient than normal, only the games against the Mavericks, Pacers, Suns, and Kings were decided by less than 10 points- and the Spurs led that game almost the entire way through and coasted to victory. The only game the Spurs defense allowed the other team to be more efficient than usual and lost was the game against the Mavericks.

So what do the numbers tell us? Well, they back up much of what we've been discussing recently. The Spurs defense is not great but in close games is better than in blow outs (shocking). What should we expect going forward? We should expect this trend to continue as Pop rests everyone as much as possible. The defense is better than the overall numbers indicate, but we shouldn't expect the team to be a top 5 defense in the playoffs. Right now, the Spurs are ranked 13th in defensive efficiency, I'd postulate that the teams' defensive ceiling, over the course of an entire game, would likely be ranked in the 7-10 range. Paired with our top 2 offense, I think that's enough reason to mix another glass of Kool Aid.