Share All sharing options for: Spurs Trounce Cavaliers by 35, Extend Winning Streak to 8

Well, that was fun. The Spurs cruised to a dominating 125-90 win against the Cavaliers. Read that again. They cruised, yet dominated. Yes, the Spurs are that good. They began the game with outstanding offensive proficiency and once their defense dug in, it was over. That's your recap. The Spurs are much, much better than the teams who are bottom-dwelling in the East. 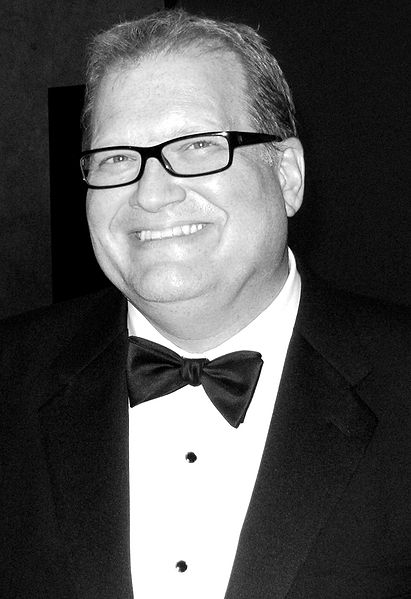 Visual representation of the state of Cleveland basketball
Wikipedia commons

It's fun to watch a team that is so offensively gifted. The scoring droughts of years past still give me nightmares. I remember when we'd go through five minute stretches without scoring. Our defense was so good that we stayed in the game, but it was tough to watch. It was then that the Spurs earned the "boring" label that the ignorant still unleash on us to this day. Those days of offensive futility are most definitely over.

The versatility that the Spurs now possess both offensively and defensively is unmatched. I used to complain when Pop would experiment with lineups. What bothered me was that our lineups without Tony, Tim, and Manu did not possess a legitimate play-maker. More than that, it just felt like the guys on the floor lacked leadership and purpose without the Big Three. Now I want to see the experimental lineups. Jackson, Diaw, and Mills all know how to play the game. Kawhi, Green, and Neal have all evolved into legitimate threats. Blair and Tiago have continued their own incredible improvements. This year's team is so much better than last year's it's amazing we returned nine players. With so many players capable of hitting the shot or driving into the paint, even Bonner is playing well and has not experienced his annual collapse, (knock on wood.)

Defensively, we have the bodies to be elite. We have two seven-footers to patrol the paint. Blair's defense has steadily improved this year and I'm pretty sure I witnessed a box-out tonight! Bonner is the leader of stats that are inexplicable to me. One on one defense in the post, the best. Plus/minus, always on top. I don't know how he does it. I think the basketball gods are incapable of targeting him since he lacks a soul. Kawhi and Captain Jack have the strength to give the Lebrons of the world trouble. Green and Manu have the quickness to shut down guards. Diaw can handle those pesky outside shooting power forwards that always hurt us; I'm thinking Dirk, Aldridge, Scola and David West. Tony and Patty will do all they can to stay in front of the point guards. I really love the team that the FO has assembled.

Defense, check. Outside shooting, check. Post presence, check. Slashers, check. Athleticism, check. Tell me, what are we lacking at this point? I can't think of anything. This is a team that should be favored to win it all; especially with the rest of the favorites suddenly struggling. Miami is playing as if they are in a tight series. OKC can't score in the fourth. Dallas looks like an easy out. Derrick Rose has missed 14 straight games. The Celtics have one good player. I'm pretty sure Pop would figure out how to shut that nonsense down in a seven game series. Kobe is looking as mortal as ever and Bynum is pulling a Crazy Ron Artest on the team. We own the Clippers. Who are we scared of? Miami, I guess, but only if they can get their act together. I'd be 10 times as fearful of playing last year's Miami squad as this year's version. Plus, as I've said, we are a match-up nightmare for them. We are one of the few teams that not only possesses the players necessary to defend them, but the tools to take advantage of their defensive weaknesses.

This season has been a magical one so far. Manu gets hurt, and so Danny "Big" Green and Kawhi get more minutes to develop. We replace RJ with Capt. Jack. We pick up a perfect fit in Diaw. We lose TJ but gain what seems to be a more potent backup in Mills. Kawhi is not only an elite defender, but he's also offensively gifted, (the scouts lied, or was it PATFO sewing negative propaganda to throw everyone else off his trail?) Tiago finally gets the minutes we've all been praying for. Blair and Bonner learn how to play defense and develop some of the funkiest yet accurate floater/runner/teardrop/half-hook things I've ever seen. Tony plays the entire year at an MVP level. And then, Batman returns, picking up right where he left off, except with a far superior team to drive to a championship.

It's been a dream season and unless an untimely injury gets in the way, it's going to take an opponent that does not currently exist to beat us. Go Spurs.