Are you a person who believes in and pays particular attention to signs? I admit to the negative on both counts, but sometimes, the supposed "signs" occur often enough to make you think that there's a pattern to what is happening, and that it becomes harder and harder to ignore it. The San Antonio Spurs, or about a third of what was left of it for the last game of the season, were due for a heat check and a loss with no big three, no head coach, limited key reserves, and even a rare appearance of the dreaded Blair-Bonner combo. The Golden State Warriors, meanwhile, were maybe trying their best to lose one more game to be in optimal lottery position, but their 51% shooting said otherwise. And despite the opponents' hot shooting to the Spurs' measly 43%, the good guys still won.

Or, to more succinctly put it, they Just. Won't. Lose.

The expected loss should've actually come a night earlier in the Phoenix Suns game. There, the depleted Spurs team faced a raucous crowd and a Suns squad pumped up to give Steve Nash perhaps a fitting send off to a terrific stay in Arizona. Again, the odds were against our team, but they held tight in the clutch and spoiled the party.

If you rewind a few more games back, memories of I Know How You Lost Last Season came haunting back in a big way after the Spurs received a Bynum beatdown from the Los Angeles Lakers, giving up 30 rebounds to the budding big man and getting blown out of their home court. Then the Memphis Grizzlies came to town the next night, determined to keep the big bully narrative going. Once more, San Antonio held firm, followed the lead of Tim Duncan, and set the foundation for the team's third double-digit winning streak of the season concluded in Oakland. 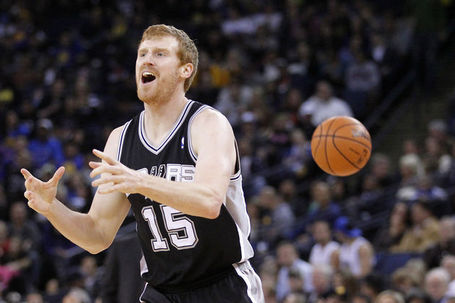 "Oh my god, Coach Bud, seriously the ball is freaking alive!!! I was just holding it like this awhile ago! Oops.. there it goes to.. wait, is that Boris with his mouth open sucking the ball like a vacuum?!"

Most of the time, the realist and pessimist in me will try to have an animated discussion with the God of Coincidence. It's the nature of a wounded beast, still licking its sores from last hunting season's humiliation. But when you see chance walking by night after night, when lightning strikes not once, not twice (not thrice, not four times, not... nahhh, not gonna go all LBJ on you), and when excellence really does become a habit... what else is there left to doubt?

I didn't have any expectations for these last two games, and yet a few meaningful things still come out. For one, Patrick Mills is too good of a player to stay glued on the bench. He probably won't play much, but it's not surprising to expect him to make significant contributions for at least one game a series. The much fan-maligned DeJuan Blair is looking like the odd man out of the rotation regulars, and yet it's still too early to write him off with the way he shot midrange jumpers and floaters with supreme confidence. There's probably still some upside there, right? I also have written off Cory Joseph for the rest of his Spurs career (perhaps too prematurely) but the kid showed me some nice poise and control, especially while playing with a gunner like Mills.

Then there's James Anderson, whose superb game today, perhaps the best of his young career, may not be enough to get him back next season. But hey, it's possible that some young, enterprising front office guy from another team was watching and would make a hard pitch to his GM to take a flier on the once-promising college star. His outside shot wasn't falling particularly well, but he finished well at the rim (besides that highlight reel block) and hustled hard to keep possessions alive. The guy will eventually find a place on a team in this league, you can bet on that. 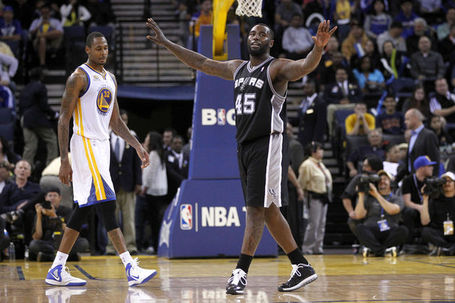 "Ah yes ... That beautiful ball movement reminds me of the 4th movement of Beethoven's Symphony No. 4. Just exquisite"

But those were just individual performances checked under a microscope. If you stepped back a little farther and looked at this bunch of misfits as a whole, the anima of Spurs basketball was still very much alive and well. While the young guns of Golden State kept running backdoor alley-oop plays, attempted vicious dunks whenever given the chance and just generally took a pass on defense, the Spurs cast never flinched or lost confidence. The team ran its sets, showed patience in its mastery of the pick-and-roll, found the open man and challenged shots on the defensive end. They didn't shoot the ball too well, but they grabbed 19 offensive rebounds, which doubled the Warriors' take, and there is the key to the ball game.

Replacement coach Mike Budenholzer sensed his team's legs weren't there, so he went for the rebound sweep, and it worked like a horseshoe charm. With just under two minutes left in the game, San Antonio led by 4 and needed a bucket to keep from having two games in a row with a defensive stand to decide the game. The Spurs missed three straight shots, but got three straight offensive rebounds, and ran a minute and a half off the clock. By the time Mills hit a fadeaway with 14 seconds left, the game was effectively over.

If you can forget for a moment which team he most recently coached, it's easier to see that Phil Jackson is a knowledgeable basketball mind. I might be wrong, but I think he's the one who said that a team is only as good as the last guy on its bench. It may be an exaggeration, but for this Spurs team, we're seeing it in action. And it is one of those things that rarely occurs, because if it did, then that team with a really, really good bench would be a veeeeery special team.

It is not just another 50-win season, but one with perhaps a sublime reason (after all, getting 50 victories in 66 compressed games is an amazine achievement in itself). Redemption is close, just out of reach, but waiting for this team to grab it by the ears. The Spurs have all the momentum in the world, and above all, they are completely healthy. They've overcome almost every obstacle thrown their way by this craziest of shortened seasons. Right now, there are no excuses left. Motivation and confidence levels are peaking, and I'm at the point where I'm expecting coronation, but whatever happens, the journey has been phenomenal.

And if I can be excused for going once again, to the same well for a bit of baskeball wisdom:

Good teams become great ones when the members trust each other enough to surrender the Me for the We. 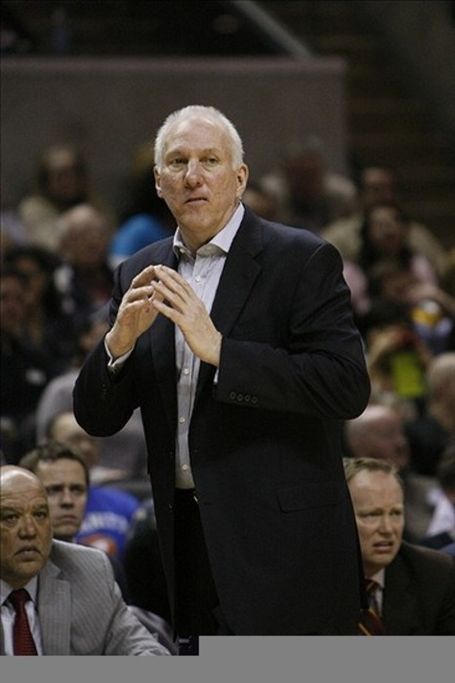 "Excellent... it's all going according to plan."