Playoff Preview: Game of Thrones and the NBA

Share All sharing options for: Playoff Preview: Game of Thrones and the NBA 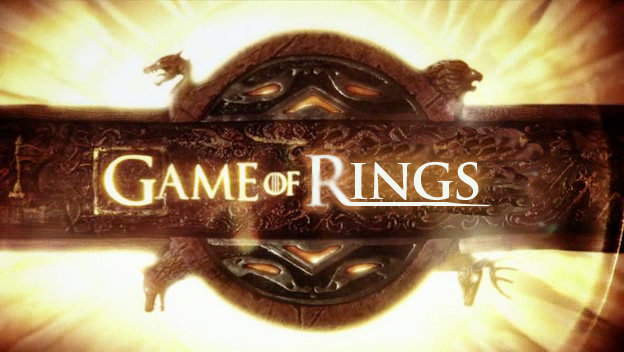 Game of Rings - the battle for the O'Brien Throne. The Seven Eight Kingdoms of the Westeros Conference vie against one another before taking on the foes of the Essos Conference. War is Playoffs are coming. 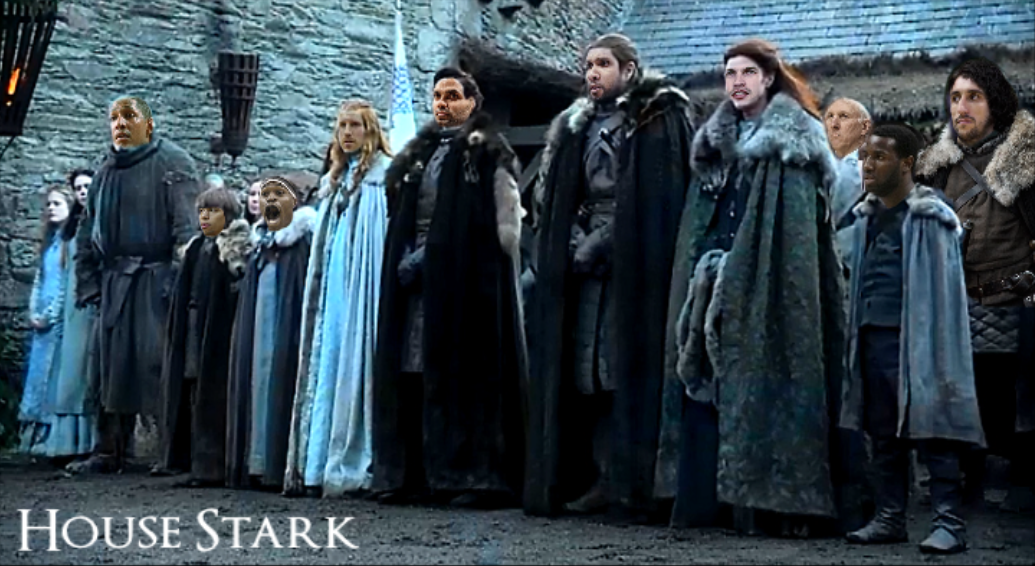 In the stronghold of SanAntoniofell, young TonyRobb must take over the reins of the Stark house from his leader Timmard Stark, a man of great honor who has been discredited by the "experts" for the crimes of being humorless, boring, and too old. The House of Stark and their associates amass forces behind the young leader TonyRobb, who Spurs the group towards Lakers' Landing to rescue Timmard and bring him back to the small-market home he loves. His foreign brother, Manu Snow, leads the misfit band from The Bench's Watch. Can the The Bench prevent SanAntoniofell from immediately being overrun by the Wildings while TonyRobb is orchestrating the OMFB on the remaining Houses? 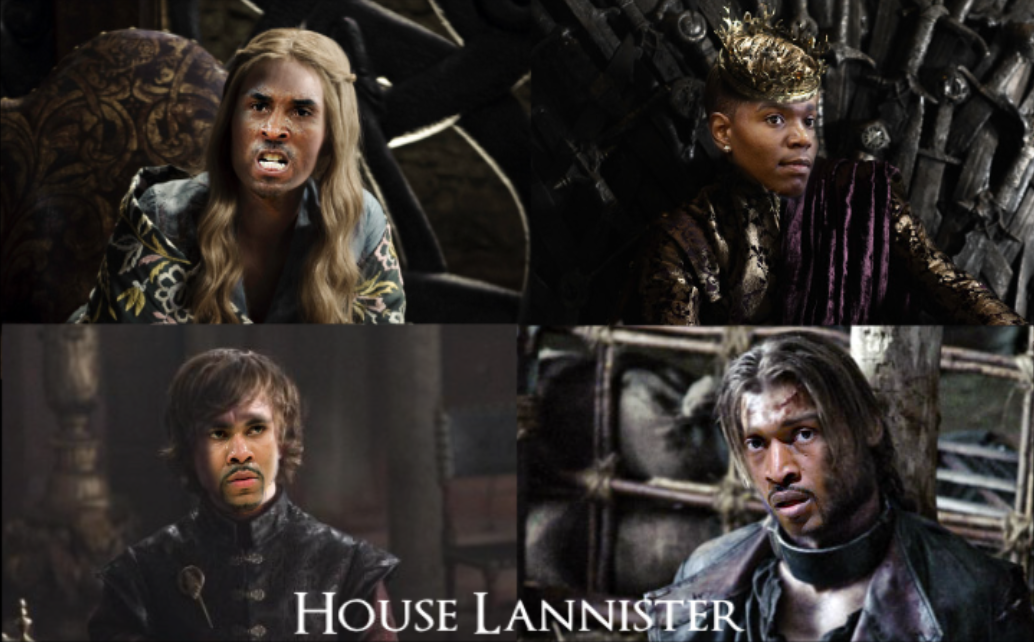 Meanwhile, in Lakers' Landing, the Lannisters have usurped control via King of The Boards, Prince Bynoffrey. Yet the true control still lies with Kobesei, who has conspired in the past to kill off coaches and teammates. TyRamon, the littlest Lannister, has been b(r)ought by Lord Busswin to be the Hand to Prince Bynoffrey, in hopes that he can speak sense to the vicious big man and convince him to contain his temper. Kobesei and TyRamon must work not only to control the young "king", but must also determine how to bring back their crazy brother Metta World Lannister, The Beardslayer, who has been captured due to elbow infractions. 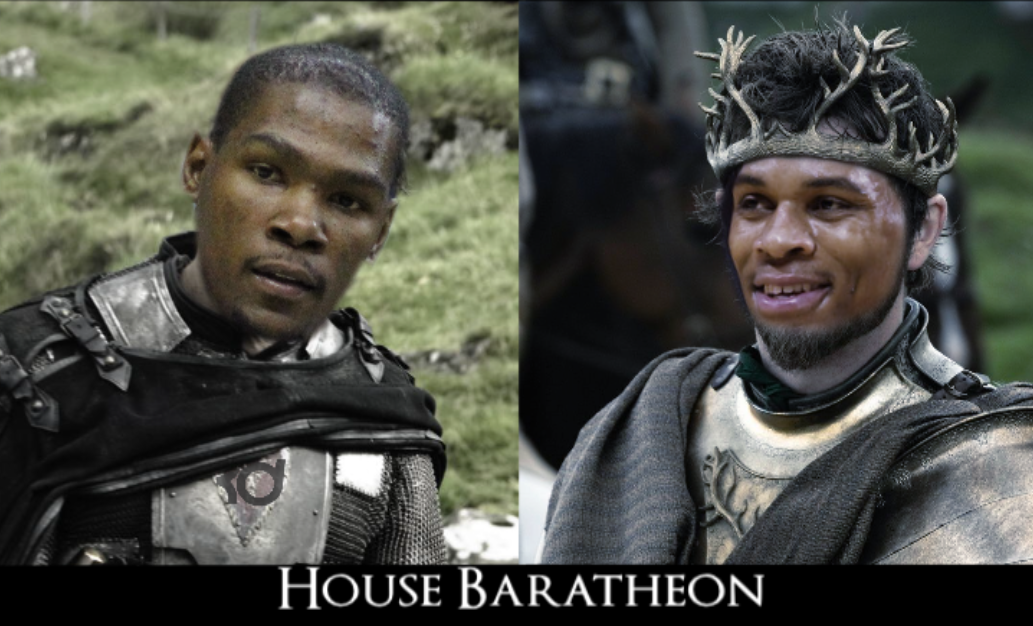 House Baratheon have been touted as the true king all season, but recent losses on the battlefield to the other Westeros powerhouses has sown doubts amongst their followers. The charismatic Westbrookly Baratheon is well loved by the basketball-viewing public for his goofy smile and extravagantly powerful dunking prowess; Durannis Baratheon is serious about his warcraft, pedantic about improving his shooting prowess. Only if the two brothers unite will they be able to mount a Thunderous claim to the O'Brien Throne. 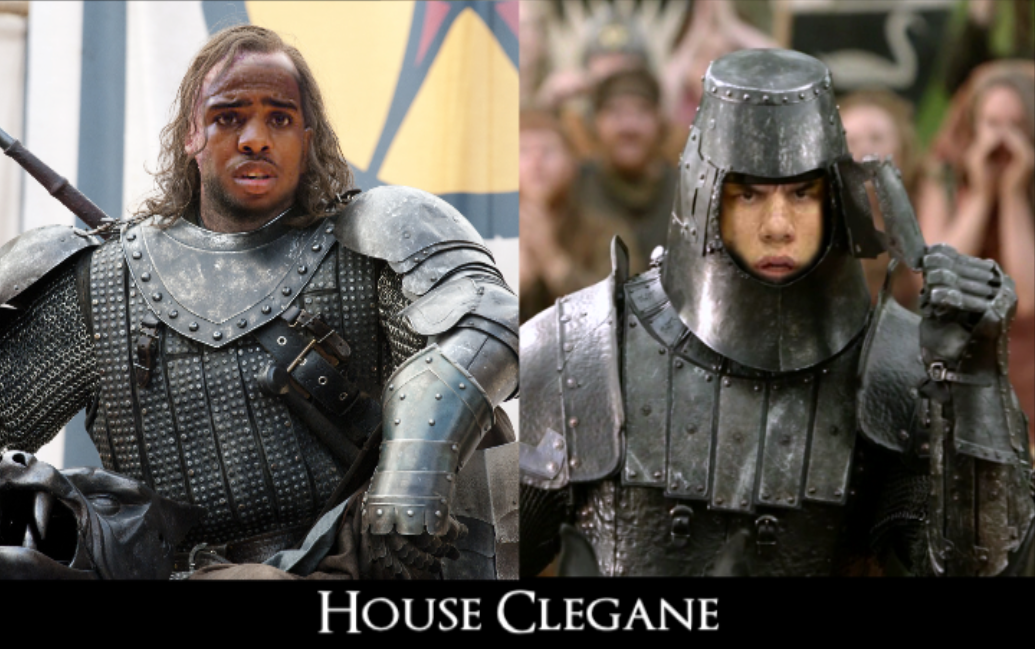 The Clegane brothers have for years been in servitude to the Lannisters, but are now looking to Clip their bonds and claim the Throne Room of Lakers' Landing for their own. Ser Griffin, "The Mountain That Dunks", is a beast of a man who uses his athletic ability to overpower his foes on the way to the rim. Meanwhile, his brother Ser Chrisdor, "The Hound", passes and flops his way to victory, yet has assisted House Stark in the past. 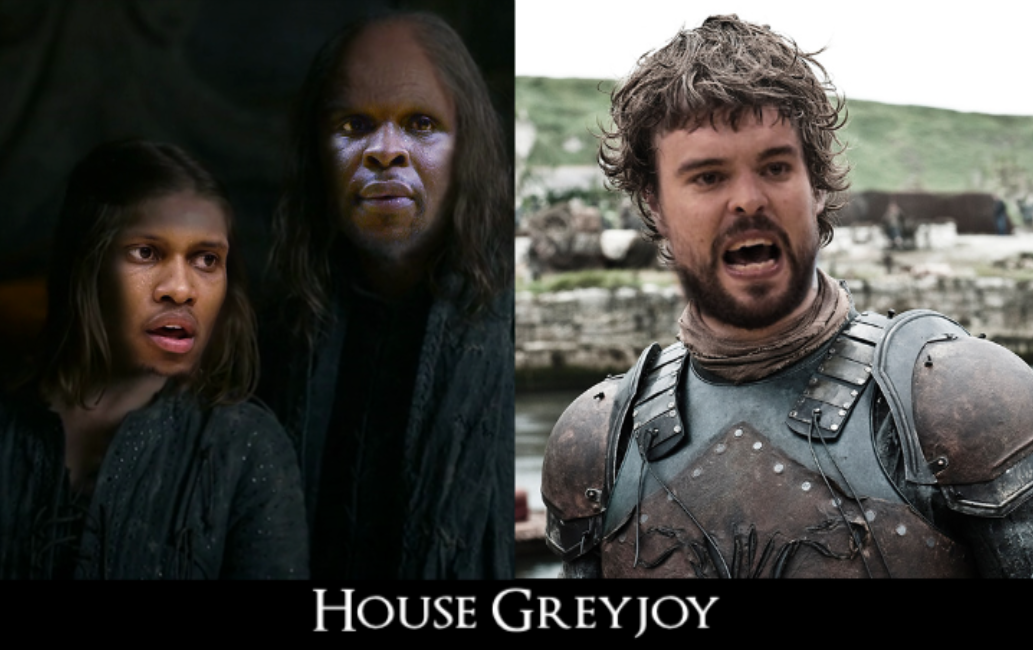 The Greyjoys take what they believe to be theirs by the iron price, combat. This creed led to a rebellion against the Starks that cost much, but was put down this last season when the forces of SanAntoniofell finally returned to full strength. However, the threat of this Grizzled group ever looms. The tight-knit family of Bandolph, Rudyara and Marcon travel across the TennesSea and do not suffer as less physical teams. 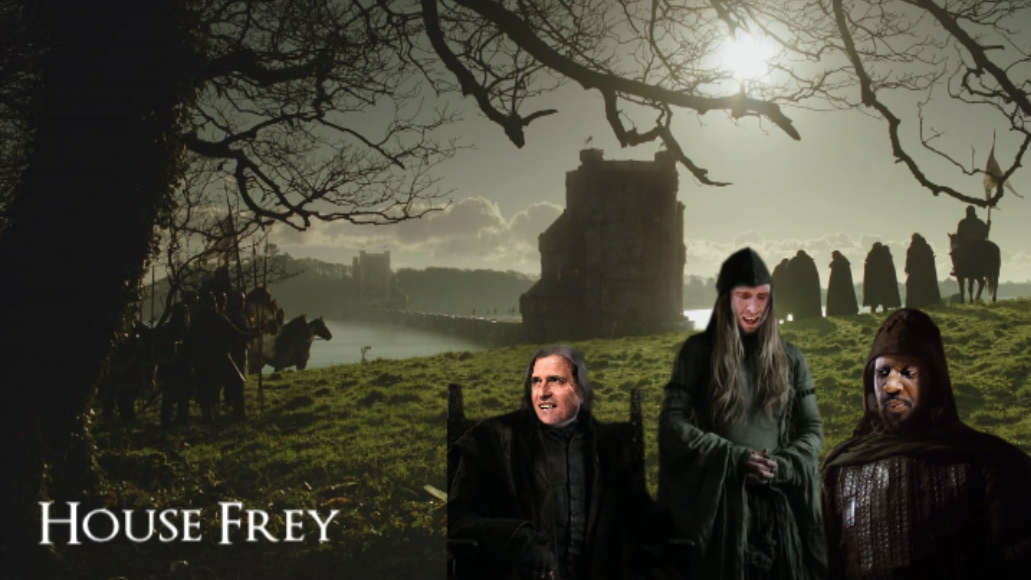 Cubder, Lord of the Crossing, has never been accepted by the other Houses of Westeros. He craves power, continuously trading and multiplying his payroll, in his quest for the Ring. Despite his recent success, Lord Frey will not be able to turn his Maverick children (Nowitzski and Terry) into repeat kings, since he failed to secure the defense of the Twins by paying the knight Chandler. 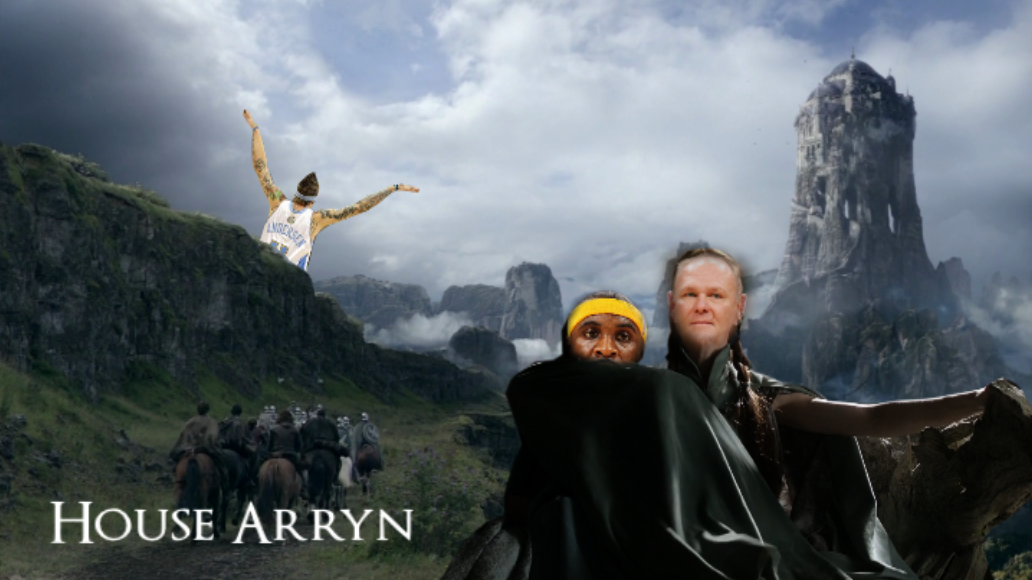 Karl Arryn is willing to sit pretty viewing Westeros from atop the mountains, while the Birdman flies. As long as House Arryn remains in the Eyrie, they are unbeatable. However, the minute the troops leave The Can, they are susceptible to defeat from both the high and low houses. The young son, Lawson Arryn, will have to grow and lead his Nugget knights into battle if they are to emerge victorious against enemies outside the comfort of their mountaintops. 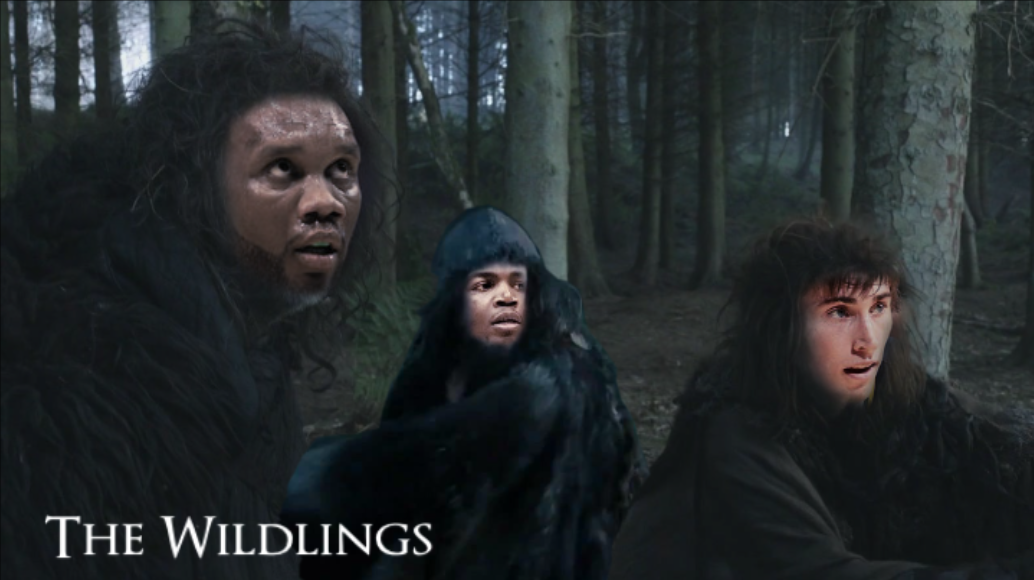 Entering the Playoffs at the last possible moment, appearing in the Starks' own backyard, the rough and tumble Wildlings give the appearance of simple thieves that can simply be brushed aside. But do not be deceived, Kingdoms of the Westeros Conference. For not only do the Wildings use brute force, but cleverness and teamwork to achieve their ends. Having survived for years in the snowy wilderness of Utah, is this the time the Wildings finally overthrow the higher born clans and claim the throne? 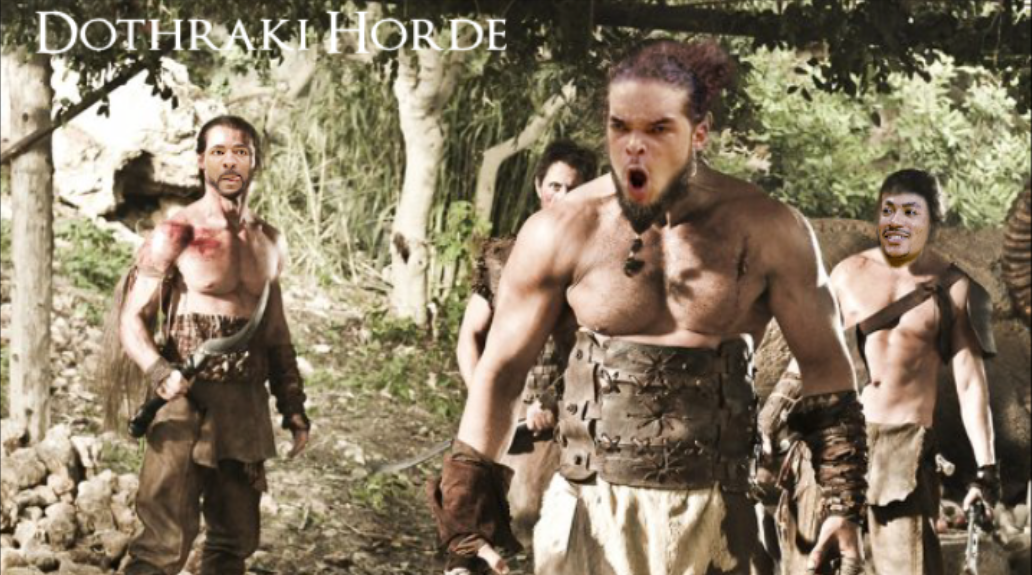 Across the narrow Mississippi sea, the Dothraki horde plans its assault on the Eight Kingdoms. Led by the ferocity of Khal Joakim, the cowmen plan to Bull their way through their enemies, cutting them down with physicality and will. Yet if the bloodrider Derrickharo is not fully healthy, the Dothraki may lack the horsemen to overthrow the jilted and angry Tagaryens. 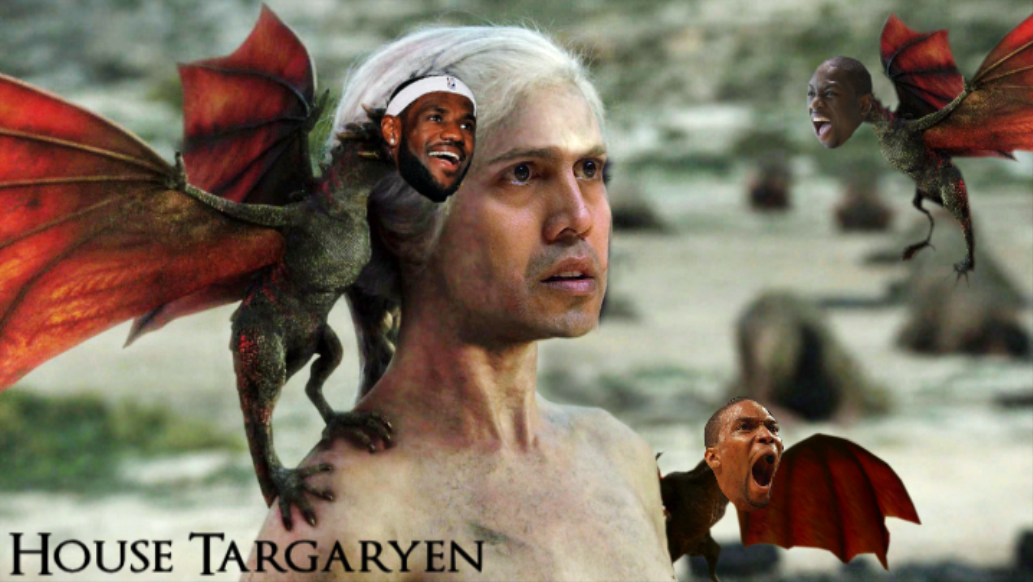 In the Floridian Waste, DanErik Targaryen rises from the ashes of last year's Finals debacle. With the resurrection of the three dragons given to him by Ser Riley Mormont, DanErik hopes to harness their power and Heat to claim the O'Brien Throne, as it has been held captive by the houses from Westeros these last three years.

Will the Starks reclaim the Ring for head of the family Timmeh? Will the cunning and gold of the Lannisters enable them to add to the throne room? Can the Baratheon brothers finally put aside their differences to come together and win? Does the Dothraki horde have the numbers to overcome those from Westeros? Or will the three Targaryen dragons lay waste to the other Houses and finally fulfill their promise?

And so it begins - Game of Rings. Playoffs are coming.

Author Note: If you are not familiar with the Game of Thrones TV series or the books of George R.R. Martin, you may not appreciate the preceding. What can I say? We're a bunch of geeks. 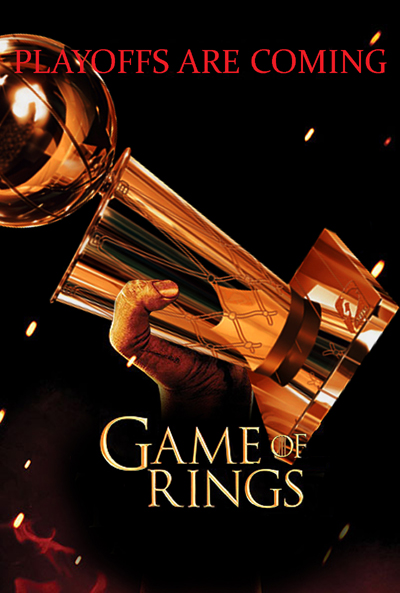