The year was 2011. Barack Obama was the President of the United States, the NBA had thirty franchises, and ABC was the TV network covering the games. Gasoline was only $3.56 a gallon back in those days. I was a bright-eyed, energetic youth of thirty-six rather than the plodding, creaky thirty-seven year old I am now. Yes, I'm referring to the last time the Spurs held the Western Conference's #1 seed.

Okay, maybe it hasn't been all that long ago. But since it's been thirteen years since the Spurs have clinched the West #1 in a lockout season, I felt it appropriate to take a look at the last time this happened, all those many moons ago. And sure, it's a bigger jump back to 1999 than 2011, but what else has changed? 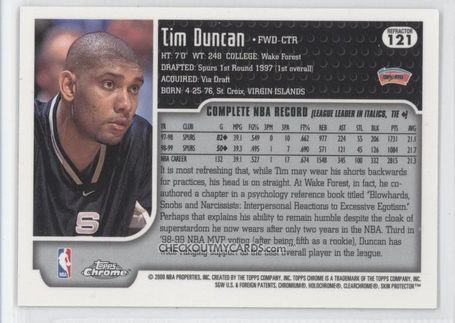 Top-rated team in the NBA? Check.

I rather enjoy finding similarities like these, but of course there are plenty of differences between the current lockout season and the last one. For one thing, there's no vacuum at the top these days. After 1998, the Chicago Bulls were broken up, and they took recent NBA history with them. The most recent champions prior to the three-peat Bulls were the Rockets from 1994 and 1995, and at the turn of the century Hakeem Olajuwon was the only player left in Houston from those teams.

That's not the case now. The defending champion Dallas Mavericks are not what they were a year ago, but they'll at least be back to defend their crown. The back-to-back champions of 2009 and 2010, the Los Angeles Lakers, are missing Lamar Odom and head coach Phil Jackson but are still very much a threat. Big Three: East Edition (the 2008 champion Boston Celtics) appear ready to make themselves a tough out. And of course, Tim, Tony, and Manu are still the core of a championship contender, as they were in 2007.

Another difference between this season and 1999 is in the makeup of the contenders. In 1999, most of the contenders were playoff veterans -- teams that had been stopped by Chicago or Utah over the previous few seasons: our Spurs, led by David Robinson, Avery Johnson, and Sean Elliott; The Indiana Pacers, led by Reggie Miller, Mark Jackson, and Rik Smits; Patrick Ewing's New York Knicks; and the Miami Heat, led by Alonzo Mourning and Tim Hardaway. With the exception of the Shaq/Kobe Lakers and the Portland Trail Blazers, all of the 1999 contenders were led by the 30+ crowd. While several contenders these days feature veteran leadership (the Spurs, Mavericks, Lakers, and Celtics) many contenders are led by dynamic young stars: Oklahoma City's Kevin Durant and Russell Westbrook, the LA Clippers' Chris Paul and Blake Griffin, Chicago's Derrick Rose; the Memphis Grizzlies' number-one option, Zach Randolph, won't turn thirty-one for about three more months. Tony Allen and Gilbert Arenas are thirty years old - that's it for Memphis' old guys. Then there's Miami - the oldest member of their superstar trifecta is Dwyane Wade, at thirty. The Indiana Pacers aren't regarded as a 2012 contender, but they're third in the East - only one player in their top seven of minutes played, David West, is over thirty.

Both lockout seasons featured a dramatic reversal by the San Antonio Spurs. The 1999 squad started 6-8 but finished 31-5; the 2012 Spurs were in better shape at a similar point in their season (12-7) than the 1999 club, but nevertheless surged afterward, posting a 36-9 record since. Both Spurs clubs played .800 ball after their sluggish start.

I don't know what's coming in these Playoffs. A key player on some playoff team might get hurt, some superstar might completely lose his shooting touch for no apparent reason, or some middling team might rise up and play the best basketball of their lives and run the playoff table, a la the 2001 Los Angeles Lakers. But you have to feel good knowing the Spurs are rested, deep, versatile, and that they've got homecourt against fourteen of the fifteen other playoff teams. I'm ready to party like it's 1999 - how about you?

Let me close this out with some more Kennedy/Lincoln stuff. When did the following happen - 1999 or 2012?