Spurs started off the weekend in San Antonio with a bang. Not only did they defeat the Los Angeles Lakers for their second straight game in less than a week, they did it in grand fashion, blowing them out once again. While the Spurs are riding high into the post season, the Cavaliers are looking forward to the draft lottery, hoping to win the Anthony Davis sweepstakes.

The Cleveland Cavaliers (21-41) arrive in San Antonio fresh off a victory against the New York Knicks 98-90 at the Quicken Loans Arena. They were led by the Kyrie Irving, the future 2011-2012 NBA Rookie of the Year, with 21 points. He's the real deal, and if they can get Anthony Davis, Cleveland will be winning again.

The Spurs, come into this game with a nice week of work, beating the Lakers twice, convincingly after suffering perhaps their worst loss of the season to the Lakers in San Antonio over a week ago. Any doubts about the lack of size seemingly disappeared after these two victories, and the victory against the red hot Memphis Grizzlies.

This game has the potential to be a trap game, especially coming off two big victories against the Los Angeles Lakers in the past week. Pop will be ready to empty the bench quickly. Last time these two teams met on April 3, Patrick Mills had a breakout game, leading the team to victory with 20 points in 19:49. That's efficient! 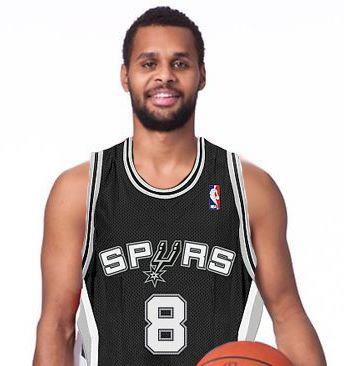 Look for the deep bench to receive many minutes again, if the team puts Cleveland away early. This will be the start of four games in five nights with Portland in town tomorrow night. Pop will likely try to win these first two games while giving up the last two against the Phoenix Suns (competing to play the Spurs in the first round) and Golden State Warriors (in full tank mode). This would allow Pop to give his team nearly a week off before the postseason begins next weekend.

The Spurs are again, nearing the best record in the league. However, they are not the same team as last year. The Spurs have improved on the wings, getting bigger, longer and more athletic. Their frontline has also improved with the addition of Borris Diaw and a now healthy Tiago Splitter. And props to Matt Bonner who looks like he has put in the time to do what the Spurs need of him. Duncan and Manu look spry and then there is the Big 3, let by Tony Parker. That's all that needs to be said.

It's been a great journey and I hope it goes deep into the summer. We as fans should appreciate what we see here. It won't last much longer, but it is a wonderful thing to see and be a part of regardless of if they win it all or not.