Share All sharing options for: Playoff Atmosphere in a Good Ol' Fashioned Whippin'

The crowd at the AT&T Center settled in their seats earlier than usual for this game. After the humiliation suffered at the hands of the Lakers in the previous matchup in San Antonio, the fans wanted their revenge. The decisive win over LA at Staples Center on Tuesday fueled the fire. The Coyote, attired in a suit and tie after announcing on the lighthouse that he was running for President, exhorted the crowd to get even louder (and with a sizable Lakers crowd on hand, louder was definitely needed). 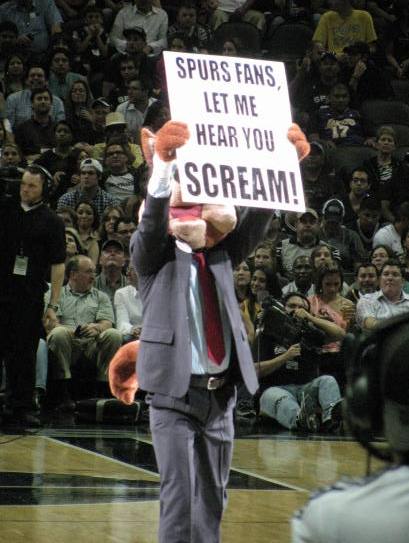 Kudos to whomever does the Coyote's costumes.

I'll leave analysis of the game to Matthew Tynan - be sure you read his excellent account of the game. Let's just have some fun with a few pics from the game. The captains' meeting precedes every game - polite comments are made by the head ref, and players exchange handshakes or man hugs before starting the action. The head ref came out before the game to check the replay equipment wearing a suit that would have made Craig Sager jealous. I was too shocked to get a picture, but it was tan with green and white window-pane plaid pattern, and he was wearing a bright blue bow tie with it. My friend yelled, "Nice suit!" to him and he replied, "That's probably the last thing you will like about me tonight." He was so close to being correct! 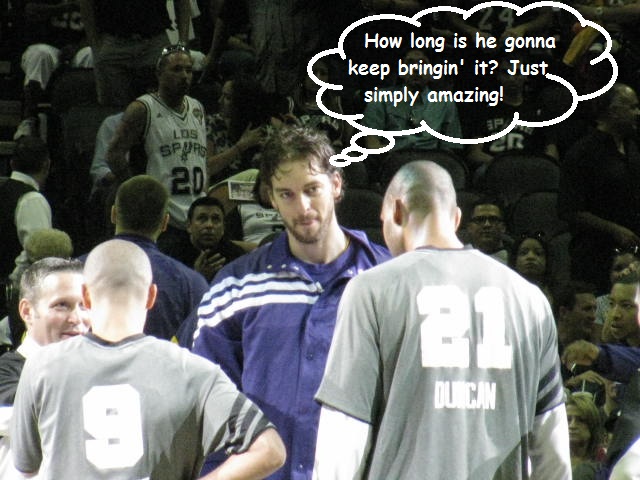 Tiago got his second start beside Duncan to try to counter the Lakers' duo of Bynum and Gasol. He quickly got into foul trouble. He just doesn't seem to get much respect from the refs. 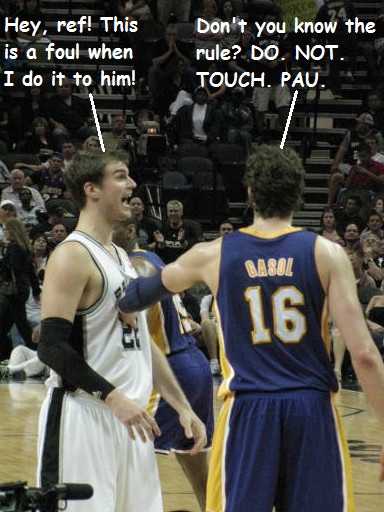 Kobe returned, and after a slow start, scored 18 points for the game. He was not the usual ball-hog that we've come to know. Leonard and Manu were the main defenders against him for the Spurs. 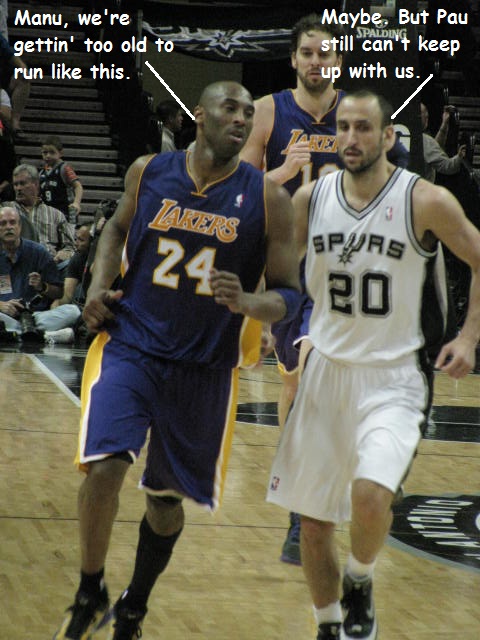 Andrew Bynum had a frustrating night on the boards. After humiliating the Spurs in the last one at AT&T Center wit 30 rebounds, he grabbed only 2 in this game. And when his team fell behind in the first quarter, he unleashed a tantrum on the Lakers' bench. 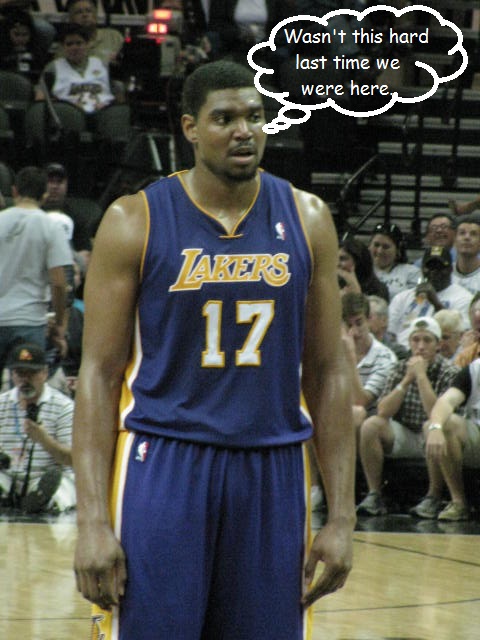 Matt Barnes is beginning to rival the Birdman (Denver's Chris Andersen) in the tattoo department. 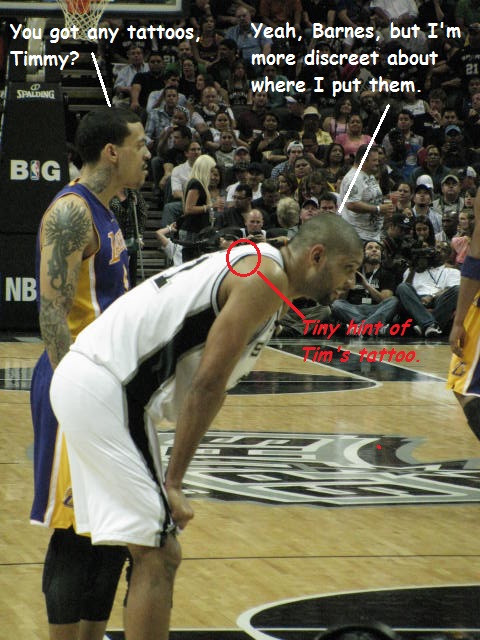 We all know how Pop hates those in-game interviews. He actually seemed to pay more attention to his attire tonight for the national TV audience (but still no tie), or maybe Mrs. Pop game him some fashion advice. 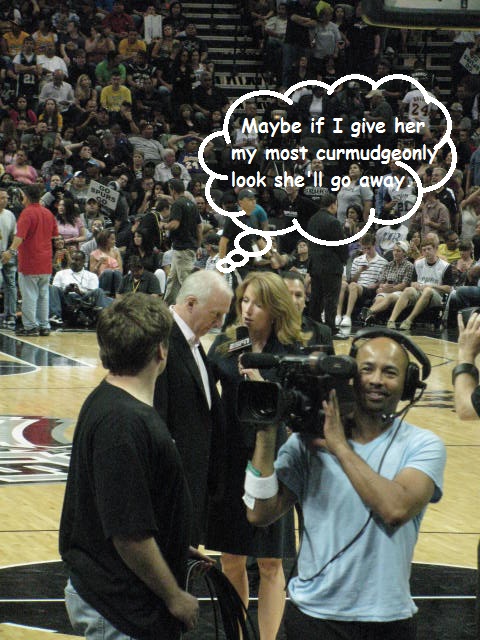 The playoff atmosphere was very evident before the start of the 4th quarter as the Spurs brought out the giant flag on the court. I haven't seen it since opening night. It was about this point that the Lakers' fans in attendance began to slink down in their seats or just head for the exits 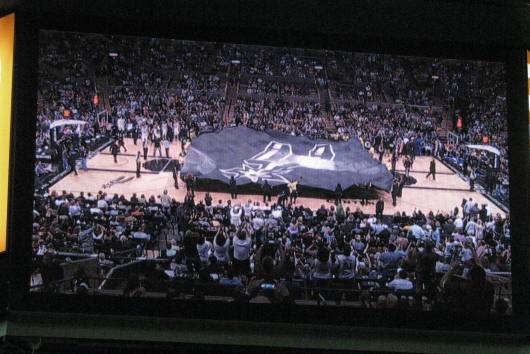 Before the game, I sat on the front row watching warmups, casually displaying my Manu bubblewrap sign - he and some of the coaches saw it and had a good laugh.