The San Antonio Spurs enter the last game of their home stand with a strong hard fought victory over the Memphis Grizzlies on Thursday evening. This follows an embarrassing effort deprived game against the Los Angeles Lakers on Wednesday night. That was a game that once again stirred up fears about the Spurs limited size up front.

The Phoenix Suns (31-28), who are fighting for the 8th seed in the west, arrive in San Antonio after an impressive road victory (112-105) over the current 8th seed Houston Rockets last night. This puts them with 1 loss behind the Rockets.

The Spurs, coming off a great bounce back game against the Grizzlies. Following the Lakers game, fans wondered if the front court depth would haunt the Spurs once more. It appeared that they could hang with the Grizzlies, finishing 41-41 in total rebounds (-2 in offensive rebounds). This game also might prove that the Grizzlies, although still dangerous, are not as dangerous as they were last year due to their key subtractions (Darrell Arthur, Shane Battier, Sam Young, Greivis Vasquez) and Zach Randolph, not fully back to his monstrous year he had last season.

Although it is difficult to evaluate due to the nature of the past two games, there are some interesting things that took place in Thursday's game. 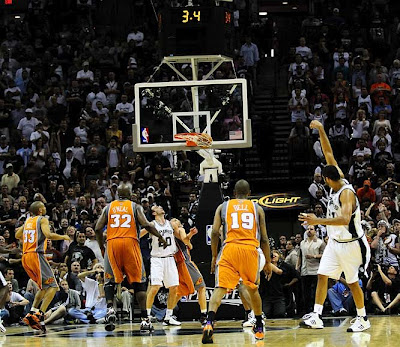 I'm just going to leave this right here.
via 3.bp.blogspot.com
Did Pop realize his experiment of playing Blair against big teams not work? Will he use his next game against a team with bigs to try out more Duncan/Splitter? And that's the key question that'll come around next week.
The last time the two teams met, Shannon Brown played great, until the 4th quarter, when the Spurs put pressure on him. Hopefully, they realize he shouldn't have open 3pt shots. Look for Pop to try and solidify his lineup, but also push for winning this game quickly. The upcoming road trip is going to be brutal and they likely will give up one game in favor of rest.