Throwback night at the AT&T

Share All sharing options for: Throwback night at the AT&T

Both the Spurs and the Pacers were wearing throwback jerseys from their days in the old ABA. Seeing my Spurs in red, white and blue took some adjusting, but I liked the Pacer's bright blue uniforms. One bit of trivia to come out was that the Spurs were briefly known as the Gunslingers before the investor group settled on Spurs - Put THAT on the front of a jersey! BTW, if you like this jersey, it can be yours from the NBA's site for around $90. 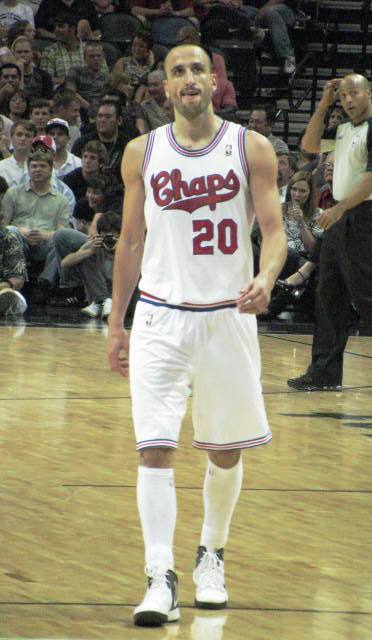 It was Tim Duncan's idea for the team to wear white knee length socks with the throwback unis, something Pop said "looked ridiculous." After the game reporters commented to Tim that Pop should have worn a leisure suit, which TIm said "would have been sweet." In Bonner's case, the white socks were hardly noticed. 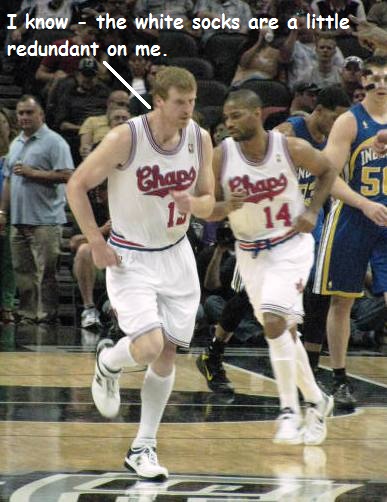 George Hill was back for the first time since being traded and was received warmly by players and fans. 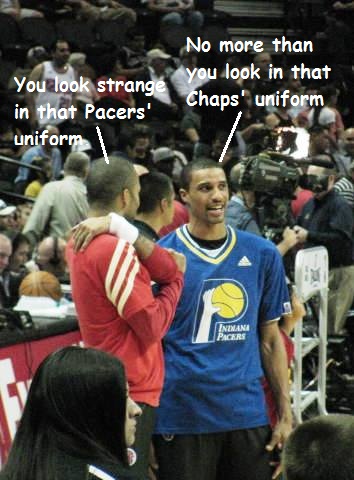 Hill entered the game about three minutes in, and the reality of having to guard Manu set in quickly. 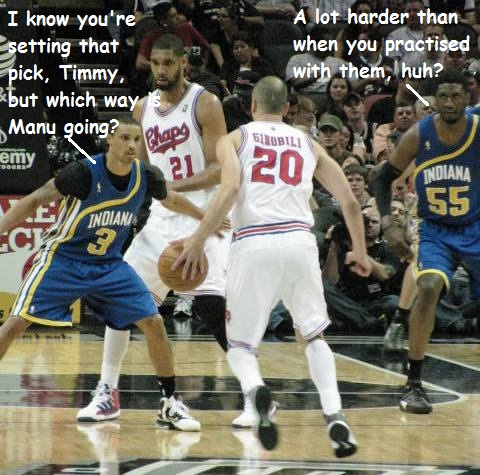 DeJuan had to leave the court briefly when hit in the nose, but returned to play in the second quarter looking okay. 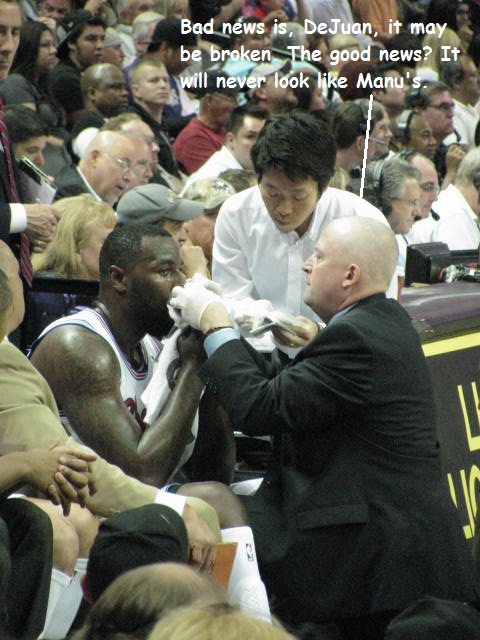 The Spurs Big Three had strong performances as Pop seemed to be shortening the rotation a bit. Duncan had another double-double, his 18th of the season, and 726 of his career (leads all active players). 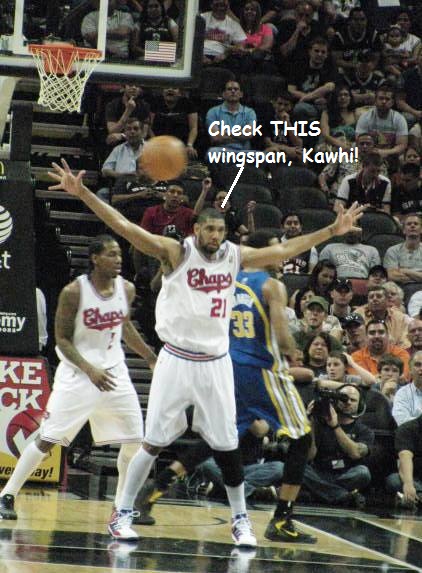 Tony and Manu each had 18 points and 5 assists. 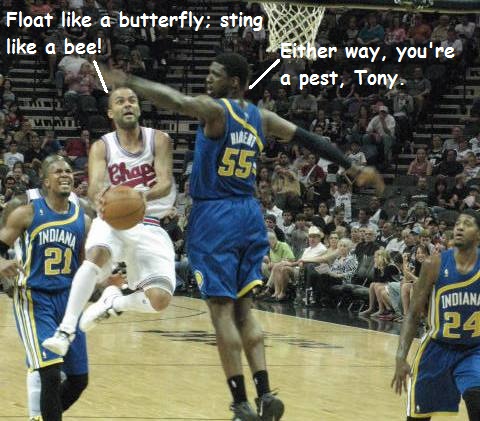 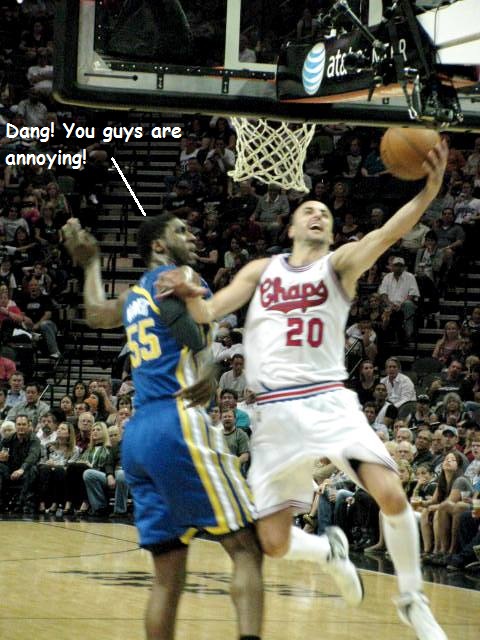 At one point in the fourth quarter, Manu asked for Pop's clipboard, taking it to the huddle while the coaches conferred on the court, and drawing up a play. 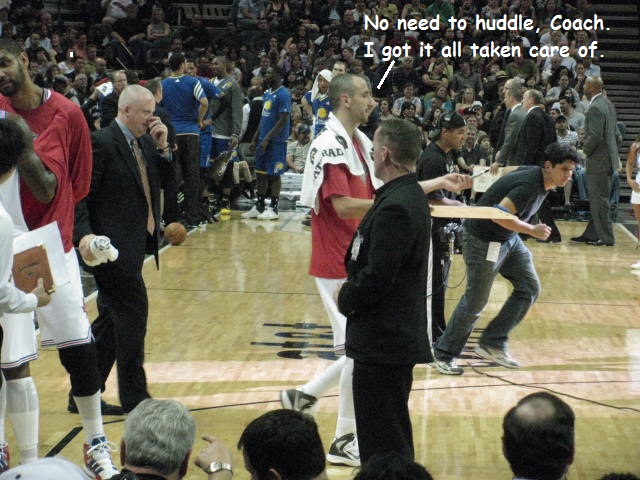 Pre-game rituals abound on the Spurs. DeJuan and Gary Neal always greet each other with a salute and finish with a bro-hug. 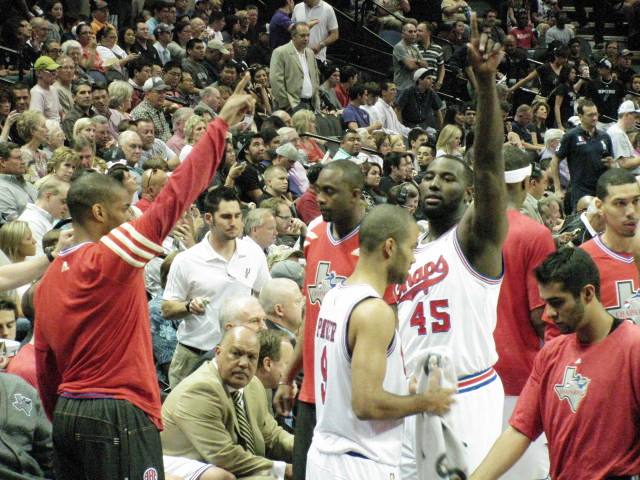 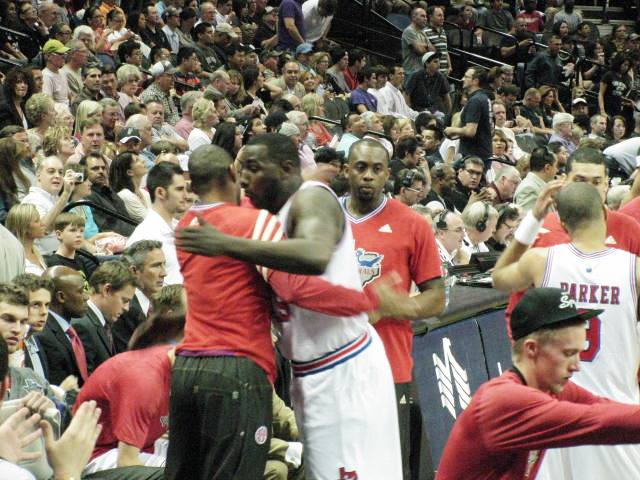 And then there were the shoes to coordinate with the Chaps uniforms. Duncan was wearing a pair of red, white, and blue Adidas - nice shoes! 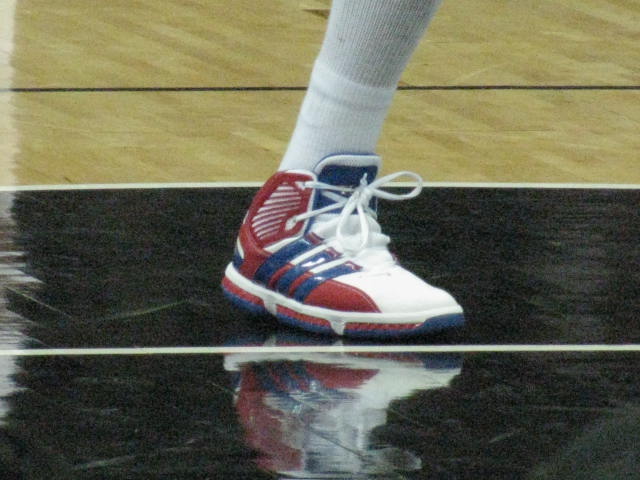 DeJuan, on the other hand, may have shopped the trash bins outside Elvis mansion for his blue suede Jordans. 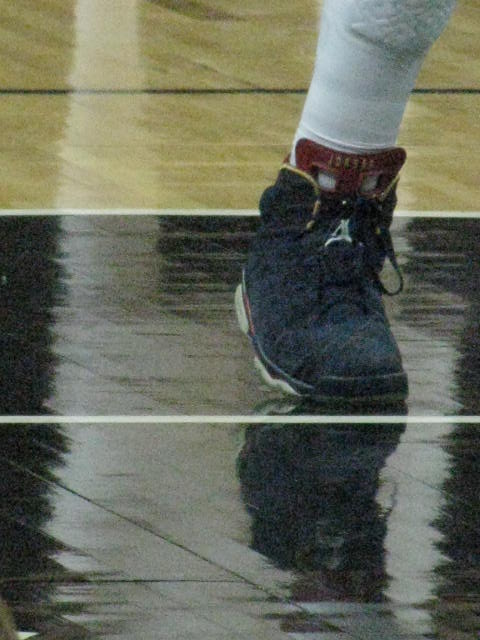