So, it's that time again. The Spurs are set to take on Lob City. The great, the impecable, the stupendous, the astounding, the titillating, the Clippers of Los Angeles. In the last go-a-round the Spurs managed a very fortunate overtime win in the City of Angels. A much better contest than the first meeting between these two where the Spurs easily handled LA's "other" team 115-90 in South Texas. Can the Clippers finally get over the hump and beat these pesky Spurs or will San Antonio triumph yet again, much to the chagrin of the national sports media.

The last game betwixt the team that is beloved by all who love dunks and basketball and our Spurs was quite the thriller. The Spurs had to pull out the W in over time to help complete one of their best Rodeo Road Trips ever thanks in large part to Gary Neal, who was the hero, then the goat, then the hero again. Chris Paul was kind enough to assist Gary "Nail Gun" Neal on his game tying shot at the end of regulation. And just in case you were wondering, that was Paul's fault. The pass from Gomes wasn't a good one, but Paul just blew it by tossing it right to Neal. Either way, I'm not complaining. You can read a great recap of that exciting game here. 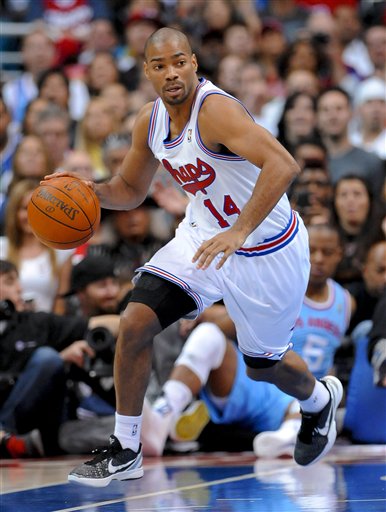 One has to wonder if that loss, being as dramatic as it was, will revive itself in the memory banks of this Clipper team. They can't feel great about playing the Spurs after getting drummed in the first meeting and appearing to have been screwed by lady luck after having sealed the win just a few weeks ago. I have a sneaking suspicion that LA will not feel sorry for themselves, but rather will try to take vengeance on those who dawn the silver and black. Of course the real question is will it matter if they try, will they succeed?

Things might have to change if the boys of Lob City want to get a W in South Texas on this night. LA is 4-6 in their last 10 games and have recently been overtaken in the standings by the Grizzlies for the 3rd spot in the West. In fact, the Clippers, since last playing our Spurs, have lost to such bottom feeders as the Suns, the Warriors, the Nets (two nights ago), and the former bottom feeders the T-Wolves...twice. Of their three wins since they last played San Antonio, one game in overtime against the Rockets and one was against the Kings. So as you can see, all is not well in Southern Cali for the much ballyhooed Clips.

The Spurs haven't exactly been lighting the world on fire either. They are 3-3 in their last six, with only one blowout loss, the famous Portland game. They are coming off of a nice comprehensive win against the Knicks, but not saying much. Manu is still trying to work his way back into the rotation and the Spurs are trying to get used to have The Sickness back and healthy. It seemed in the game against New York that Ginobili made some strides in his quest to regain his pre-injury form. Hopefully, we'll see that trend continue on tonight and throughout this long home stand. 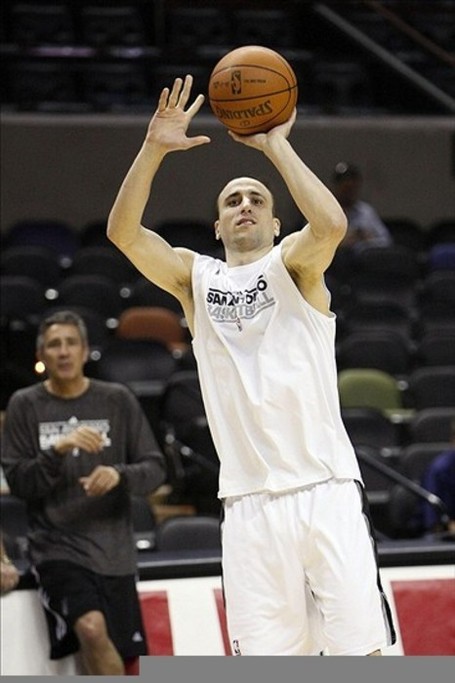 From an outsiders perspective this looks like it'll be an offensive show case. LA is 6th in points per game and the Spurs are 4th. I think it's clear that whoever can slow the other down better will be able to win this game. I look for San Antonio to try to shut down Chris Paul's ability to create. LA will hope, much like the last game they play the Spurs, that somebody else will step up and help carry the load. Parker, Ginobili and Company should be able to score at will and make it a long night for the Clippers on the defensive side of the court. I'm not sure that the Clippers have the horses to play the kind of defense they'll need to in order to win, the Spurs do.

On to your song of the day:

And the lineups to the best of my knowledge:

Game Prediction: I don't see the Clippers righting their ship, Spurs win by 8.