Share All sharing options for: Got Those Low-down, Dirty, Bad First Quarter Blues

Well, actually it was the first quarter and 2/3 of the second quarter before the Spurs woke from their slumber to go on a 21 - 9 run and close a 16 point deficit to 4 at the end of the first half. But I'll leave the game analysis to Matt and others. Here's a few photos from the night of Manu's return to the AT&T Center floor after more than two months of being MIA.

I didn't get a shot of Timmy dunking tonight, but instead got his block of Faried, definitely clean, with some help from Bonner. 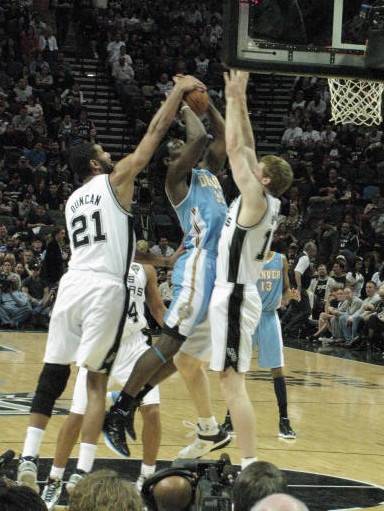 Tiago and Manu teamed up for a great play that ended with a huge two-handed dunk by Tiago. 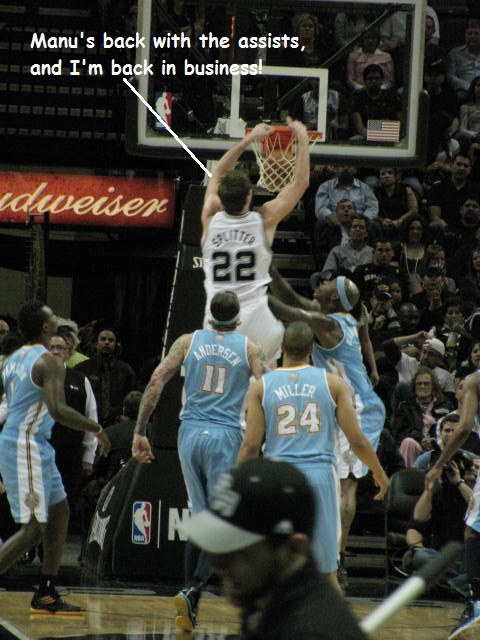 Manu was clearly excited about his return. He did his shootaround earlier than normal. In the past you could set your watch that he was going to leave the court 45 minutes before game time, sign autographs, then get suited up in his game attire. On this night, he finished 20 minutes early, no doubt to give himself some time to do one more round of persuasion with Pop if needed. When he came into the game at 5:45 in the first quarter, the crowd erupted with a loud and long cheer, many standing as LWM ended. His two early drives to the basket ended in blocked shots, but I was glad to see him attempt them. His defense was as intense as always, and the sweet stroke of his three-pointers was a joy to watch. 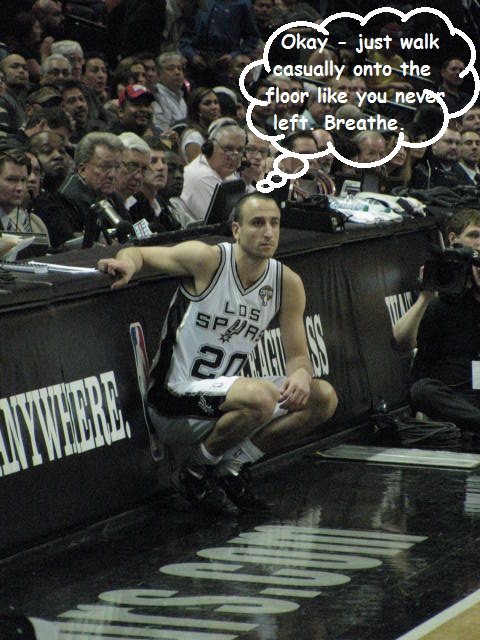 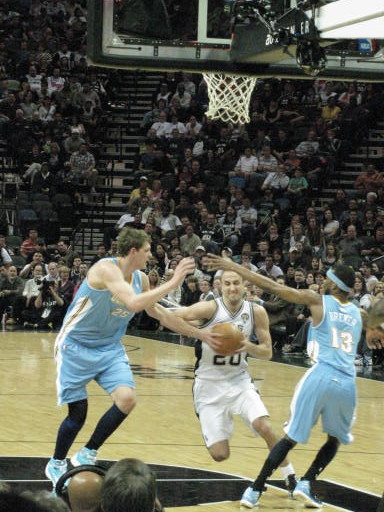 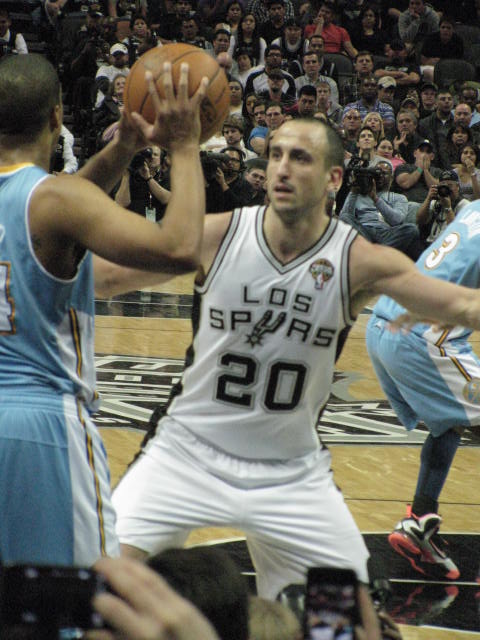 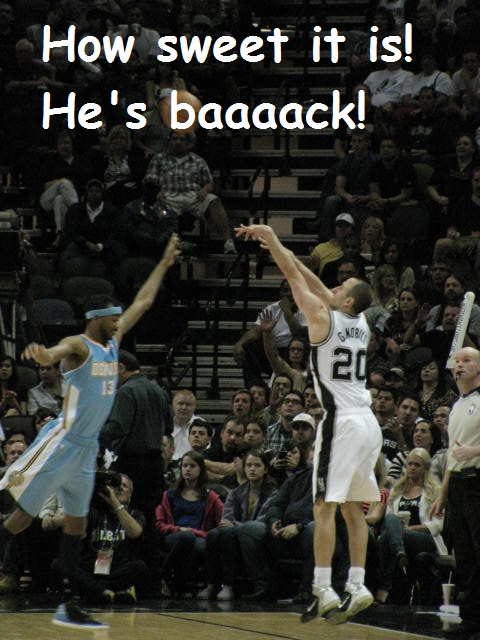 I won't make you guess whose sneakers - they are Manu's - a new style, more like the ones he wears with his national team. Really good looking! Oh, and probably of little interest to the men of PTR, he shaved for the occasion, appearing much younger without the beard. 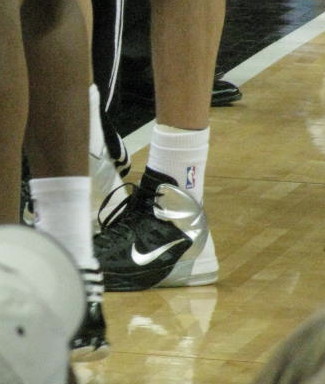 And then there's the Coyote, who never ceases to amaze with his talents. He appeared in his inflatable mascot costume and danced with the Silver Dancers for a while before doing a solo performance. He actually turned himself completely around in the costume, where his real feet were in the ears of the costume, and danced on his "head" for a while. 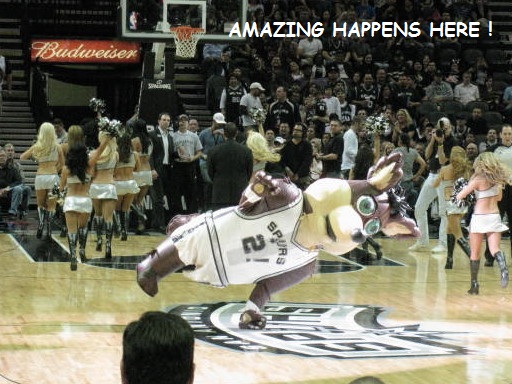