Immortality In Black And White

Share All sharing options for: Immortality In Black And White 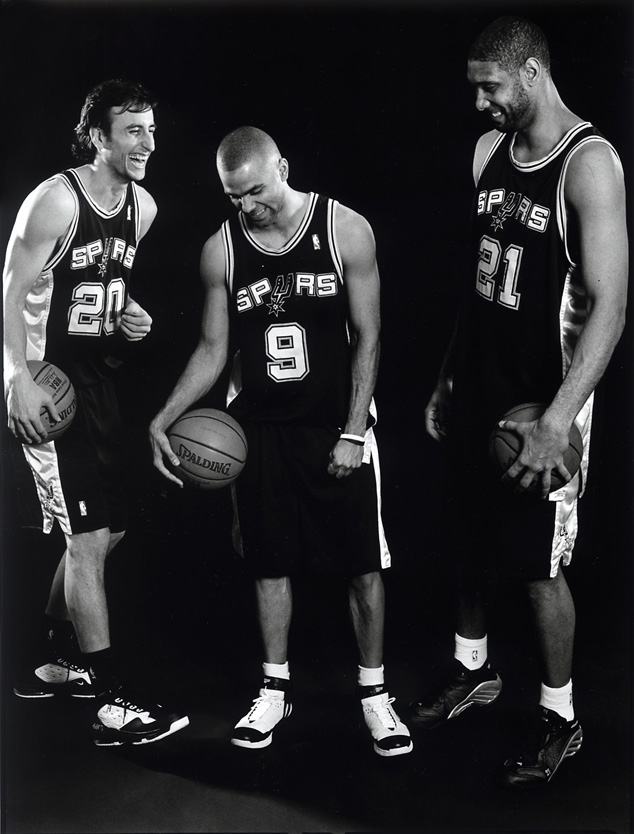 [Editor's note: This is a piece from a beloved Argentine regular of PtR's, who recently moved from Buenos Aires to Austin, Texas to study at the University of Texas. -jrw]

There are light words, those you can use to describe a cow (black-white spotted grass-eating plodding bovine), or talk about the weather (warm warmer warmest Texas-is-a-furnace) or write an unreadable tweet that forces fans to question your sanity. You can use them with little consequence knowing that readers will forget/forgive them easily. Light words only gain momentum by mixing with other words, graduating into full-fledged phrases that the author must carefully mold. It is a very deliberate process.

And then there are heavy words, words with so much weight that when used as a title they become literary gravity wells that draw the eyes and minds of readers. I am always careful with those, because when I succumb to the temptation I then feel the need to justify them. The rest of the article becomes a long explanation that just reeks of apology. Heavy words, like zone defenses or Bonner's shyhook, should be used with infinite care and great apprehension. And yet, sometimes heavy words are needed.

There is an article that you may have read, or you may not. Carles is a writer for Grantland, and in his latest "The Spurs and Mortality" he delves deeply into the collective mind of Spurs fans, as representatives of the devotees of small market teams around the league. He finds us hopeless and broken by the boredom of meaningless regular season success, disenchanted with the frailty of our once-invincible leaders, unfortunately attached to a dying team. At one point, Carles considers Spurs supporters even sadder than the stumbling Charlotte Bobcats, even though they're perpetually in danger of losing their team.

For the veteran Spurs stalwart, Carles' diatribe is nothing new. Just one more backhanded compliment based more on nostalgia and a desire to write the story-that-no-one-else-is-writing-yet-because-of-my-incredible-insight than on real appreciation for a perennial contender that features three of the twenty most talented and productive players of their time. The arrogance of pretending to understand the Spurs fans' collective psyche is a new twist, granted, but just an extension of the usual modus operandi of Spurs haters everywhere.

Reading this article is an exercise in patience that would test the wisest zen master. However, what struck me the most was not the bile in the text, since I have come to expect that from people outside our tight-knit group of black, silver and white neo-Quixotes. Rather, I was drawn to his use of the term "mortality" to highlight the ravages of time in our franchise's system, its culture and legacy. It was to me one of those heavy words that make bloggers around the Interwebs swoon, mindlessly thrown onto the title for no other reason than the debatable connection between grandiloquence and page hits. (What about my own title? These are not the droids you're looking for, young reader. Move along.) Who could possibly claim that these Spurs, my Spurs, were mortal? This team, that as a group had gifted us with some of the most unforgettable sports memories of our lives.

The players themselves are mortal enough, unfortunately, as every elbow-to-the-schnoz or plantar-fasciitisgate proves year after year. But Tim Duncan's exquisitely-angled bank shot is not, Tony Parker's break-neck, acrobatic finishes between goliaths can't be, Manu Ginobili's mastery of timing and opportunity has never been. For all our complaints about Gregg Popovich's whims and inscrutable decisions, there is something about his presence that will leave an emptiness on the Spurs' bench which no number of Van Gundys or Del Negros will be able to satisfy. The timelessness of sustained excellence is easily lost on the non-believers, easily ignored by the people who desperately need a new narrative to fill up the blank pages. Jeremy Lin is at the same time built up and brought down, LeBron is the little-King-that-still-couldn't, Kobe goes down shooting, as we always expected him to - and behind closed curtains, Tim has a double double at the same age Methuselah was playing chess in the park. Just another day in the NBA.

There are two north stars in my night sky, two family photos on my office desk, two fortunes in my cookie. Two cherries perched atop my sundae. Fortunately, when I squint my eyes, and bend my neck to the side, scrunch up my nose and put on my Castillian-to-English glasses, you could say they are one and the same, just spatially displaced and with Luis Scola playing for a team I can support. (Sigh.)

The history of the Argentinian National Team has followed an arc that perfectly mirrors the one the Spurs have followed. Early success that surprised nearly everyone, a lull in victories as something stronger was born from the primordial soup of talent and heart that defined that first team, the unforgettable victories and long-lasting excellence that followed, and finally the succession of swan songs and early obituaries, as an old team struggles to make its mark in the increasingly competitive world arena. Even the lynchpin that originally tied me to these teams is one and the same: Manu Ginobili, a player that seems to travel back and forth between prodigious skill and run-of-the-mill frailty.

The only big difference, I am afraid, is that no Argentinian Tiago Splitter promises future dignity, no tango-dancing, mate-drinking Kawhi Leonard will pick up the slack when the last of the Golden Generation's titans leaves. There is no lottery hope for my country, there are no ping pong ball saviors. When Ginobili plays his final game wearing our sponsor-ridden white-and-light-blue jersey, the book of Argentina's basketball history will likely close for some time - perhaps until the child that now cheers from the bleachers while sitting on his father's shoulders grows up tall and talented, emulating the euro step and the ridiculous nutmeg passes, in the same way Manu copied Jordan's fade-aways twenty years ago. But that's but a hopeful maybe, and for all we know, I am currently living the last few months of competitive basketball at a national level in my lifetime.

I am okay with that. Talking for your people, your fellow fans, is always a risky business, but I would dare to claim that we are okay with that. The pre-Olympic in Mar del Plata last year was a party, from the first game to the last - a farewell party, a joyful reunion between a group of performers and their more ardent followers. The Argentinian team, which ten years ago would have rode roughshod over every other continental wannabe, needed all of Manu's magic to put away a team run by J. J. Barea, and was uncharacteristically insecure in the last quarter of a Final game that appeared all but won. Their mortality, as Carles would call it, was bared for all to see - and emphatically embraced by the people witnessing the Golden Generation's final push for the Olympic dream.

The celebration that followed that victory was wild, even frantic. I believe it was because of the need we felt to show these people how much they meant to us, how grateful we were for all the joy they had given us. They needed to see it. We needed them to understand. I do not know many fans that truly believe that Argentina has a chance of beating the rejuvenated USA team, or the flavor-of-the-decade Spaniards: both of whom are younger, hungrier and deeper. My only desire is for them to play a good tournament, so that they can leave the stage with their heads held high, listening to the applause with no regrets. This is for them, not me. I know I have been lucky beyond my wildest dreams, and that I will always have the memory of that breakfast at the university's cafe, holding a steaming cup of coffee-and-milk and a medialuna that almost choked me when Manu received a pass with a second left in the game, and shot while leaning to the right, falling and guarded by a player that looked like five guys, a wall of Serbians, scoring the game-winner and sending me into awkward jumps around the table, alone and never more in need of a friendly chest bump. How could I ask them for more?

And maybe, if Venus aligns with the second moon of Jupiter, and the wind blows from the south-southwest, and a butterfly flaps its wings in Beijing, maybe Argentina can find some of that old fire, and one of those new giants can be felled. Stranger things have happened in life - and in basketball.

It's The Spurs, Idiot

So, Carles is wrong. These Spurs are already immortal. They are immortal in the mind of the thousands that love them. They will be in the archives of our tiny basketball blogs, and in the history books of unbiased basketball erudites. They will also be so in the Hall of Fame, if justice is served. For these Spurs, immortality is both a foregone conclusion and a thing of the past.

Tim, Manu, Tony and Pop are looking at post-immortality, gleefully ignoring the naysayers as they carry on winning games against the new superfriends and doom leagues. As a fan, I enjoy the ride immensely - mostly because I think they deserve it. Seeing our Spurs win is continuous affirmation of brain over brawn, substance over flash, hard-earned experience over easy-come-easy-go hops. Year after year, they give us a reason to hope and cheer, they allow us to enjoy basketball from the mindset of the emotionally-invested, and create the fertile ground in which communities of like-minded dreamers such yours truly can flourish. This year will not be different, so when the playoffs roll around and the phantom of the Grizzlies gives rise to the Carles of this world, remember.

Remember that this is not just about us. It is about them, too, the immortal team that already took us to the mountaintop four times - more than we ever imagined.

The rest, as they say around here, is gravy.