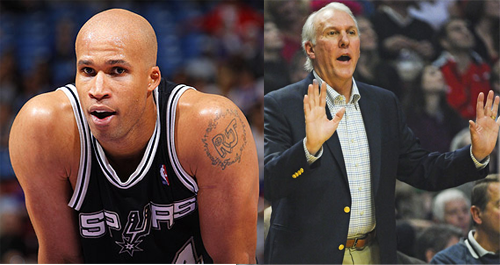 We all know the story by now. Richard Jefferson was traded for by the Spurs in hopes he would be the RJ of the past when he was on the New Jersey Nets averaging 22 points per game. And as we all know, that didn't happen. Jefferson's game appeared to take a nosedive. Statistically it wasn't THAT bad, but when you saw him on the court it was unbearable. He looked lost, maybe even uninterested. But we all know that story already. It's been done.

This shortened season has been a roller coaster, no doubt. After the lockout was over, we heard that Lamar Odom was publicly upset about being put on the trading block. If I recall correctly, once he found out he was tradable, he flat out said "just trade me already". The Lakers did just that. The Dallas Mavericks acquired Lamar Odom for peanuts (a 2nd round draft pick and a future 1st round pick). Everyone in Spurs nation thought we had been shafted again. Here was Dallas coming off of a championship acquiring a 6'10" forward averaging 14 points per game. Exactly the type of player we thought the Spurs needed to be contenders this season.

Turns out the Spurs didn't need Odom. Little did we know, Tiago Splitter would prove to be a worthwhile investment. Splitter has been a staple in the Spurs front court rotation. That's not who this article is about though. This is about Richard Jefferson. This season, Jefferson has transformed yet again into a new role of a spot-up three point threat. His 3Pt average is 45%, which is up +14% points from when he first arrived in San Antonio in 2009.

When Jefferson was in New Jersey, he was more of a scorer and all around go-to guy when you needed offense. Of course, when the Spurs traded for him, they figured they would be getting RJ-β (see chart above). That didn't prove to be the case. Instead we got an inconsistent and disappointing RJ-1.0. Spurs fans were calling for his head on a pike, or at the very least, a trade to get him as far away as possible. Maybe Serbia was interested. When that didn't happen, and Popovich continued to show support for RJ-1.0, we all were scratching our heads. Thinking maybe the Spurs were purposefully tanking to get a draft pick. Made sense at the time because Tim Duncan isn't getting younger. Whatever the case, "Trust in Popovich" is the norm, and we did. And just like PATFO has done in the past, they did it again. We got reports before the 2010 season that Coach Pop had worked with RJ through the summer improving his mechanics, or getting back to basics, as I recall. Thanks to Coach Pop's efforts, we saw flashes of RJ-β, but more importantly what we saw was a new RJ---RJ-2.0. His game had been completely rehashed and rebuilt. The Spurs (and the rest of the league) knew RJ would never be RJ-β again. That RJ was done. RJ-2.0 was the new release and everyone was just going to have to get used to it. He's not going to explode for 30 points anymore. He's going to be the player that does the work often overlooked--think Fabricio Oberto, or Robert Horry late in his career. RJ-2.0 is here to stay, and we need him to. 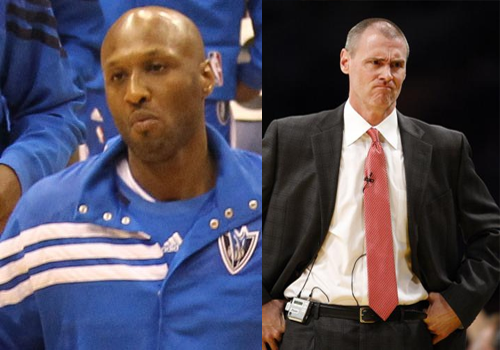 Over in Dallas, the Mavericks have been faced with a challenge much like the Spurs once had. Here they have a player who was expected to play exactly the same way he did with a previous team, and surprise-surprise, it isn't working. Unlike the Spurs, though, the Mavericks have no idea what to do with Odom. Mavericks head coach Rick Carlisle has publicly stated, "I'm disappointed with how it's gone. We've worked hard with this kid. I'm a patient guy, Mark (Cuban) is a patient guy, Donnie (Nelson) is a patient guy. Our team is a patient team, but patience has worn thin here." Carlisle goes on to say, "When he steps back on the floor in a Mavericks uniform, there's going to be a lot of scrutiny. This is not just the expectation; this has got to be the reality. The guy has got to play his ass off."

If you've ever need an example of throwing someone under the bus, there it is. The head coach of a professional basketball team has essentially thrown his hands in the air, not having a clue on what to do with an underachiever. But Gregg Popovich knows what to do, and for that, Richard Jefferson owes Gregg Popovich his career.