Share All sharing options for: NBA Rumors: Should The Spurs Pursue Boris Diaw?

So there's been much talk lately (and not so lately) of how the Spurs need that extra big man to really "push them over the top", so to speak. What I'd like to do is review that premise and see if that's something the Spurs really "need" or is it just a want for us fans to be going on about.

To start let's look at the most recent big man that the Spurs have been connected to. The once svelte Boris Diaw. The Frenchman with a Russian first name has been much ballyhooed by those in favor of adding a another front court player. Diaw, of Suns fame and Bobcats infamy, is or maybe was a solid stretch 4 who could guard the likes of a Lamar Odom or maybe even Dirk Nowitzki. Although he is much better known for his offense. He didn't have a good go of things in Charlotte and has gained some weight, at least according to some pictures floating around out there, although Tony Parker has claimed that Diaw is in great shape. I'm not even going to ask how Tony knows that. So could a guy like Diaw, baggage and all help our boys from South Texas?

Bottom line is that the Spurs only have 4 regular front court players. Tim Duncan, Matt Bonner, Tiago Splitter and DeJuan Blair. All decent (or better) players that have a legit role on the team. Here are the two big issues: A.) You cannot play Blair and Bonner together for any amount of time without having a terrible quarter of collapse that reeks havoc on the defensive side of the ball. So, that means that Pop is unwilling to play Spitter and Duncan together because one of them need to be on the floor with one of the other two to offset the defensive liability. B.) The other issue is, of course, depth. If Duncan is going to get nights off from time to time or there's an injury of any kind to one of those 4 front line guys, the Spurs would have some serious difficulty. That is clear. 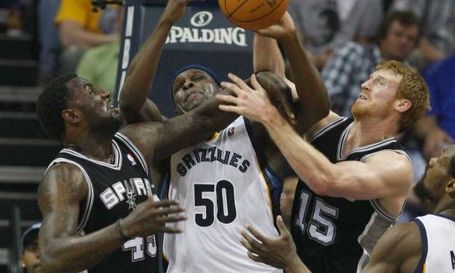 So from the paragraph above one would conclude that the Spurs do, in fact, NEED another big man, right? Well, let's look at the two issues seperately:

1. Issue of Bonner and Blair playing together.

I don't see this issue as a really big problem. I think that during the regular season you'll see times where it would be nice if Duncan and Splitter got more time together. That said, I doubt we'll see that same thing in the playoffs. If the Spurs are going to face Memphis or the Lakers who have big front courts and use them, I believe we'll see Pop go more with a Duncan and Splitter tandem to help on defense more than anything. In the post-season rotations will be cut down and you'll see Blair and probably Bonner both lose minutes to the superior defenders.

This team can make it thru the regular season with the same front court rotation that they've been using. It may not lead to the best defensive team that the Spurs could field, but it allows for the offense to flow better and keeps the Spurs from wearing out Duncan and Splitter. The addition of another big man would help, but I doubt we'd see that new guy getting much burn when the calendar flips to May.

So, as far as issue 1, I say that an additional big man is a want.

Now this is where I really think the Spurs need another big. Duncan has been playing amazin so far this year and in order for him to keep that up during the insane stretch of games that the Spurs are about to embark on, he'll need some days off. That and the injury risk to all four guys, while not a huge concern isn't something that should be shrugged off lightly. Adding another big the just take up garbage time minutes would be a big help in the depth factor and adding one that has the potential to actually contribute would just be gravy.

So could Diaw could fix those problems? Well, maybe and maybe not. As was discussed in the Stephen Jackson trade, it all depends on the player that the Spurs are obtaining. Is Boris going to be the guy who tried and was a nice player in Phoenix or is he going to be lazy and apathetic on defense and a black hole on offense? I do not know nearly enough about Diaw to know if he'd be more motivated by playing for the Spurs or if he's simply decided to just take his millions of dollars and be done. However, I think that if San Antonio can get Diaw at the right price, and by that I mean super, super cheap, it could be a low risk, high reward situation. 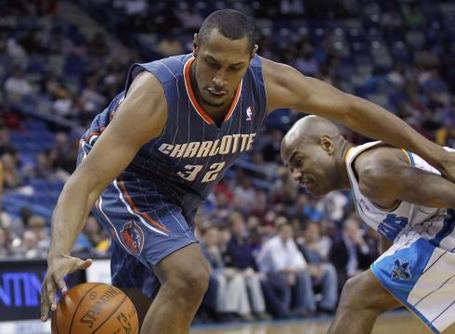 I think at worse Diaw would be an end of the bench player that could eat up those garbage time minutes to keep the other 4 guys from the risk of injury or exhaustion. At best Diaw could be a nice addition that made a difference come playoff time. My guess is that he'd be something in between those two options and I'd be for signing him for the remainder of this year to see how he works out.

Let's not forget that the Spurs have few nice players in Europe waiting to come over and make an impact. A big by the name of Erazem Lorbek could be coming over next year to help the Spurs front line out. So the key, in my humble opinion, would be to find a filler guy for this year and maybe next year at a good price, but be realistic that he may not be a game changer. So, go about it like the Spurs always do shrewdly, patiently and with an eye towards the future.