[Editor's Note: Now that the dust has settled from all of the transactions of last week, I asked TBF to take a look at each conference in turn, to sum up what's happened, and what we can expect in the rest of the year. Today it's the East -- tomorrow the West, where we'll focus more on we expect the Spurs to be affected. - jrw.] 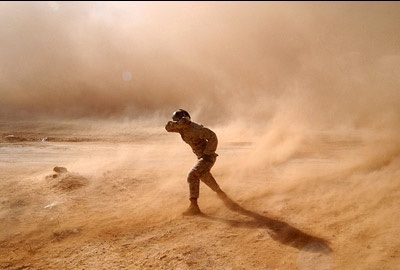 I'll delve deeper into the Lakers side of the deal (hint: it's not a good sign for Spurs fans) in my post tomorrow. But, for now, I'll attempt to tackle the absurdity of this trade. Not only did the Cavs give up an above-average point guard (whose inability to play off the ball certainly factored into the rationale behind this deal) but look at what they picked up! Luke Walton, he of the 9.3 PER, and his wondrous contract. Walton's contract next year will be about $6.1 million. That kind of money tied up in a player with his expected production (1.3 points, 1.6 rebounds and 0.6 assists) is a complete waste of the Cavaliers limited resources. Yes, Sessions' penchant for dominating the ball made it difficult for the Cavs to utilize their best player, Kyrie Irving, but couldn't they have gotten someone better in return for a 25-year-old point guard than a dead weight contract and marginal pick?

Currently the Pacers are the No. 5 seed in the Eastern Conference. Barbosa isn't a great fit for the Pacers because he can't space the floor and his skill set is duplicated by Darren Collison and George Hill. Even so Barbosa's expiring contract was a great return for what will probably be an inconsequential second round pick. Barbosa also is an upgrade over Dahntay Jones and Lance Stephenson. The Pacers probably won't contend with the Chicago Bulls or Miami Heat but they put themselves in a much better position to beat the Orlando Magic, Philadelphia 76ers and Atlanta Hawks in a playoff series. Free things are always cool, right?

With this deal, the Bucks lose an oft-injured, but supremely talented, center that fits in perfectly into Scott Skiles' defensive philosophy. When healthy, he's a top five center. When he's not healthy, he blocks as many shots as I do. And he hasn't been 100% since that awful injury ended his 2010 season, and his latest injury, a broken ankle, will keep him off the court until next season.

But ... Milwaukee offloads Jackson's contract for an expiring contract, a talented scorer and Udoh, a talented defender in his own right. A plus/minus wizard, he currently has a one-year adjusted number of +9.25, which is just a huge number. Rather than paying Jackson for his services next year, this deal allows them the space they need to secure Ersan Ilyasova's services, and compliment their current core of Ersan-Monta-Udoh-Jennings-Gooden. I think the New York Knicks should be legitimately worried now.

This is definitely NOT what the Nets faithful were hoping for. Instead of landing Dwight Howard and building a potential juggernaut around Superman and Deron Williams, they are stuck with Gerald. Sure, they can still flip him in a possible trade with Orlando next year but that plan could be deterred if Wallace declines his player option ($10.7 million). Then they'd be definitely screwed.

Free players! I'll make this brief: the Sixers essentially acquired Young (10.7 PER) for nothing. He doesn't fill a definite need for Philly but he's free, so who cares? You're telling me you would decline free deodorant? Yeah, sure, you have the exact same brand at home but, hey, you never know.

Not a fan of this deal. The Wizards swapped McGee (whose comedic value probably attributes to the majority of the Wizards attendance, right?) for Nene. He was in line for a significant pay raise in restricted free agency so that probably played into the deal. His nonexistent BBIQ could have directly led to burgeoning superstart John Wall crying inconsolably every night and I just wasn't aware. Either way, McGee isn't going to make Nene money (five years/$67 million) in restricted free agency and is actually playing better than Nene. His PER is higher, he's blocking WAY more shots (3.6 per 40 minutes) and he's rebounding at a slightly better rate.

Uber athletic big man like McGee -- although he's clearly deficient in some areas -- aren't gowning on trees in the open market.

Nene is already 29-years-old and he's experience his worst season since 2008 (he only played 16 games) in his first year of a huge deal. Washington has the cap space to take in his contract and they clearly value character guys. NTTAWWT but when Nene is 32 and his athleticism has diminished and his bloated contract is unpalatable don't tell me I didn't warn you.

Ultimately, the Trade Deadline didn't have any franchise altering deals but a lot of the fringe teams that could win a first round series if healthy (Milwaukee, Philly, Indiana) improved. Miami and Chicago are still the favorites but the bottom of the conference just got a little tougher (and smarter).

Wizards fans will miss you Javale.