Share All sharing options for: NBA Rumors: Last Minute Deals for the Spurs 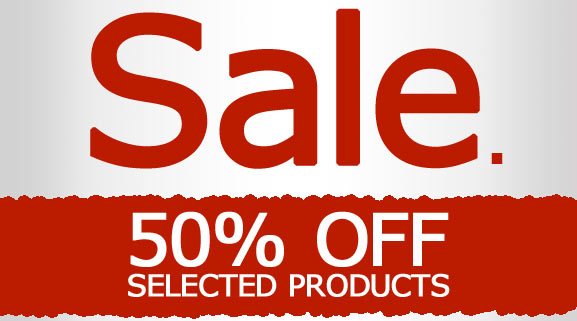 As the trade deadline approaches both fans and media go crazy for blockbuster trades that could reshape a franchise in an instant. Those are the exciting trades; the ones that get page views and allow us as fans to fantasise about the new era of our team's history. Lost in the shuffle are the small trades teams could make to plug holes in their rosters without compromising the franchise's future or disrupting chemistry.

While the Spurs are pretty secretive when it comes to shopping players, other teams...not so much. Recently a rumor about the New York Knicks shopping Toney Douglas surfaced. Douglas' play was abysmal to start the year, with the team asking him to be their primary ball handler and playmaker and Douglas responding as badly one could expect from a raw, shoot-first combo guard.

In his first two NBA campaigns, though, Douglas showed promise as a nice guard off the bench who could defend PGs well and hit his outside shots. The report says the Knicks are looking for a back-up big on a trade but that's just not going to happen. That's when a team with a low first rounder or a couple second rounders could come in. Instead of gambling with the draft, a team might find a young, 3rd guard that has showed he can play competent ball at the NBA level for a very low price. That makes Douglas a prime example of a buy low player; a guy with NBA talent who doesn't fit with a particular team. Here are some other guys that fit the bill and who the Spurs should consider targeting.

I'm quicker to part with late first round picks than most simply because it's impossible to predict how someone picked this low in the draft is going to adjust to the NBA. 82 games.com has mapped out the potential careers of 27th picks the spot the Spurs are picking as of right now) and concluded that only 5% of players picked there end up being stars, 5% end up being solid starters and only 25% end up being good role players. That's a 35% chance of getting someone that could actually contribute. I'd rather get a somewhat proven player but I understand if you rather roll the dice. The proposed trades are what I personally think would be fair. Getting some of this guys might require less and some more than I assigned. Anderson is involved in every trade for matching purposes and because since he is out of the rotation, his departure wouldn't hurt the team's chemistry

We know the Spurs were high on Casspi coming into the 2009 draft and the Israeli player showed some upside in his first season playing for the Kings before fizzling with the Cavs after a trade. While more of a tweener than a full fledged wing, at a long 6-8 Casspi could be a good compliment to the Spurs frontcourt rotation either as a small-ball 4 or a tough, floor spacing small forward.

Proposed trade: James Anderson, and the Spurs 2012 1st round pick for Casspi.

The guy the Kings traded Casspi for. That trade went badly for both teams, and the Kings are rumored to be trying to salvage some value from Hickson. Most of us remember J.J. from his days as a Cavalier, when he was rumored to be untouchable, allegedly killing a trade for Amar'e Stoudemire. Hickson will be a restricted free agent after this season so that adds a little uncertainty into his future, but an offensively gifted, if defensively awful 4th or 5th big could be worth the late pick the Spurs are likely to get.

Yet another tweener forward. Daye was billed as the next Tayshaun Prince by several (possibly inebriated) analysts. Since the Pistons have the actual Tayshaun Prince and several other forwards, Daye might be on the block. While the former Gonzaga forward is far from a solid player yet, his physical tools (6-10 with a 7-3 wingspan and a 9-2 standing reach) are very rare and if he develops a consistent 3-point shot, he could be a solid role player going forward.

Proposed trade: James Anderson, the Spurs 2012 2nd rounder and the rights to Nando DeColo for Daye.

See above. Clark has showed more defensive potential than Daye, but they share some of the same strengths and weaknesses and he is actually buried deeper on the Magic's depth chart.

Proposed trade: James Anderson, the Spurs 2012 2nd and the rights to Nando DeColo for Earl Clark.

It's still early to make a judgement on Seraphin as a prospect and with the Wizards front court possibly changing after the deadline and certainly next off season, the Wizards might be equal parts interested in clearing cap room and getting an additional pick as in keeping the young French big. Seraphin would provide size and toughness to the Spurs front court but mostly an insurance, should Blair or Splitter miss time.

There you have it. Should the Spurs make the decision to trade their pick for a proven young player, these are some of the potential targets. I don't think the Spurs are going to make a trade, but if they do, I expect it to be more along these lines or the reported trade with the Jazz and the Wolves than some blockbuster trade that rids the team of RJ's contract. If you guys have any other suggestion of some bargain bin trades the Spurs could make, feel free to post them in the comments.