Where Are Those Bull-Riders When We Need Them?

Share All sharing options for: Where Are Those Bull-Riders When We Need Them?

It felt good to be back in the arena, and the atmosphere was like a playoff game. The Spurs fans were ready to cheer, and they were only encouraged further by the very large and vocal contingent of Bulls fans. I'm not sure I've ever heard that much noise from a visiting fan base, including when the Mavs or Rockets come to town. All traces of the rodeo were gone inside the arena - the air was fresh and breathable. The only patch of turf with rodeo remains was the media parking lot, which had been covered with a foot of hay and served as a feed lot for cattle.

Tim Duncan took a while to get going in this one, but he did throw down a couple of pretty dunks - nothing as athletic as Blake Griffin - but they brought the crowd to its feet nonetheless. 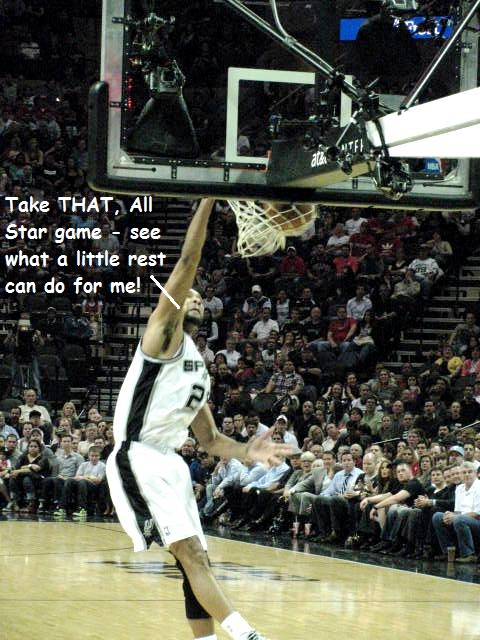 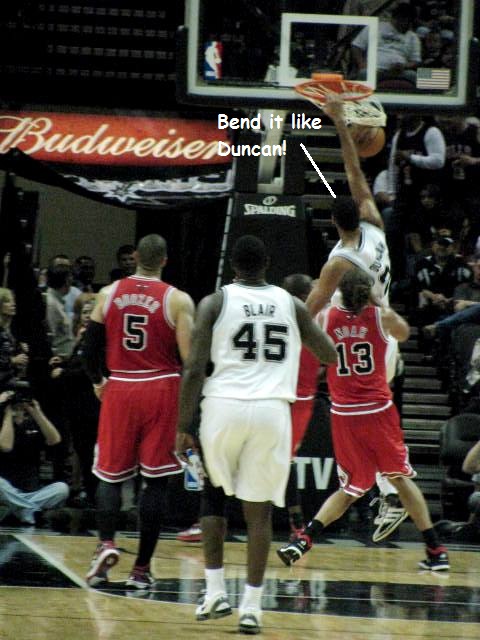 Derrick Rose, well, the guy is good. He really seems to hang suspended in mid-air on his jumpers. And he should be in line for the Best Actor award, too, for his writhing performance at midcourt when his knee collided with Tony's. At the end of the timeout, he showed not a trace of infirmity. Here he hangs over Gary Neal for a shot. 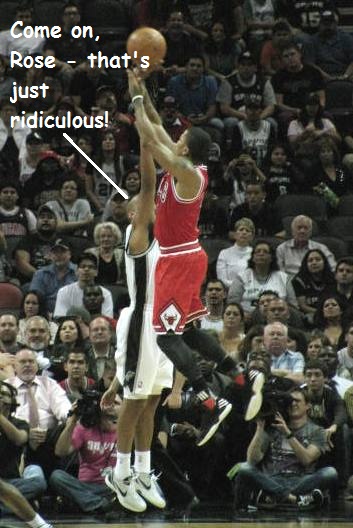 TJ Ford was back in uniform, but a bit rusty. The headband? Really not a welcome fashion accessory for Spurs fans, TJ. 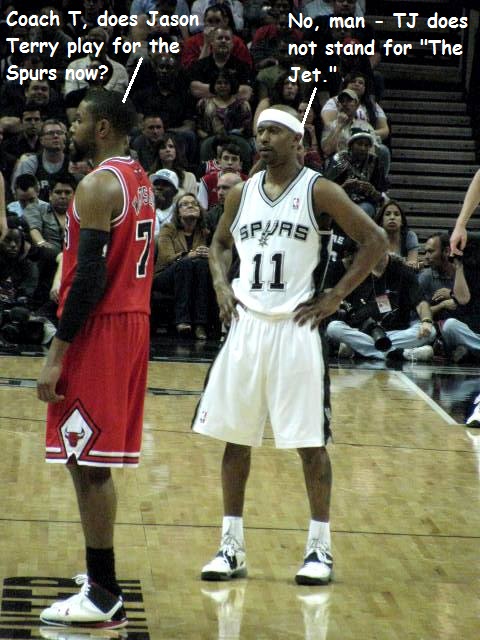 After the game, Spurs season ticket holders remained to hear from Manu. He was interviewed by Bill Schoening and answered a few pre-submitted questions as well until about 11:30.

The best news to come out of the interview was that he felt no pain in practice on Tuesday and expects to play Friday or Sunday, depending on what Coach Pop says (let the negotiating begin, Manu). He was also asked about what he plans to do after he retires. He has no plans at this time, and said he hopes to play until he's "36, 37, 38." Regarding possible selection to the Hall of Fame as an international player, he said it would be a great honor, but that it was out of his hands: "If it happens, it happens." 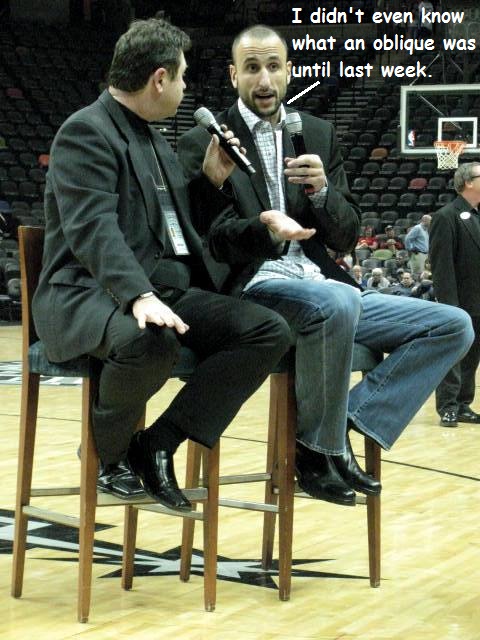 Sitting on the front row for Manu's talk, I just had to zoom in for a close-up. Remembering that he has an endorsement contract in Argentina with Gillette, I wondered if he'd forgotten the proper use of their razors. And when I was editing my photos, an ad came on Sportscenter in which a guy brags about touring the world in 5 weeks and using the same razor the whole time. That means one razor could last Manu 3 to 4 years! Just kidding, Manu, and thanks for the pose looking right into the camera. 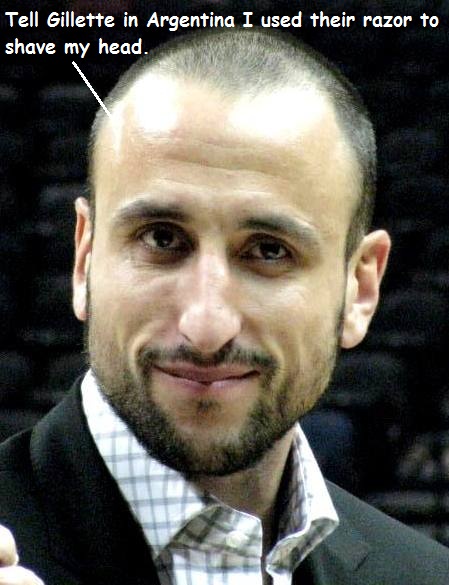