Share All sharing options for: Some random Spurs ponderings

I have some random Spurs thoughts that I thought I'd put down on screen and share them with you all. I'll call them ponderings:

This just in, Tony Parker and Tim Duncan are good, really good. Anybody who says that either of them shouldn't be an All-Star is just a hater. You cannot name 3 point guards playing better than Parker right now (if you can, you shouldn't because it will ruin my point). The man has turned into a passing machine averaging 7.7 dimes per game. A career high. He's still as good as ever at scoring and quite frankly he's just better than most people think. Duncan isn't his old self, I went and looked at his numbers from the past and they are redunkulous. That said, he's still a top 3-5 big man in the entire NBA these days. Who would you rather have? Dwight Howard, Kevin Love, maybe Pau Gasol and then.....Bynum? Chandler? Bogut? Nene? Griffin? Pass. There's not a team in the NBA who wouldn't improve drastically with him on the roster. These two guys have carried the Spurs in the absences of Manu Ginobili and the team has improved thanks to their leadership.

In further news, Tiago Splitter can ball. He's shown that he has ability when given opportunity. Combining his interior presences with that of Duncan and the Spurs are look (at least of late) like a vintage San Antonio defensive team. I am looking forward to Splitter progressing and becoming even better in the future.

Speaking of defense, it's baaaaack. Last year was awesome, our Spurs were racking up wins like crazy and it was fun. If you weren't having a good time last regular season it's because you are Negative Nancy or Debbie Downer. This year the W's have been a bit harder to come bye. A lot of it has to do with the lockout and losing Manu, but to me there's something special going on this year that was missing last year and it's defense. Over the last 5-10 games the Spurs have looked like a legit defensive juggernaut. Of course I'm overstating it, but with the play of Duncan, Parker and Splitter anchoring things our young guys, namely Danny Green and Kawhi Leonard are playing the type of defense that will warm a Spurs fans heart. The real question is, can they keep it up?

As the RRT has begun and Manu is getting ready for his return, is anybody else a little nervous that some players will regress with Manu back in the lineup? Don't get me wrong, I want Manu back and he'll help the team. That said, will Danny Green still be agressive as he has been? Will other guys slack off a bit because they know Manu is there to help? I think the answer is yes. I think we'll see some guys, I don't know who, show some signs of easing up with The Sickness back on the floor. Of course the great thing about Manu is that he'll aslo make players better. Splitter will get better looks on the pick and roll, as will DeJuan Blair. Gary Neal should be able to play less PG and get back to hitting open jumpers. And most of all I think he'll help RJ get back on track a bit. 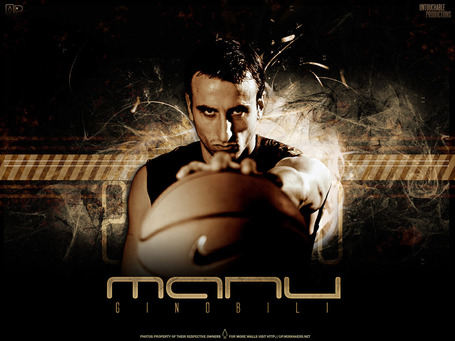 Speaking of Richard Jefferson, have you seen him lately? I may have jinxed him when I asked if he could keep up his stellar play last month. So for that, I apologize. I've got to think that Manu being out hurts him more than I would have thought. Hopefully, and this is admittedly a glass half full sentiment, he's just saving himself for the stretch run and will be able to turn it back on. I will say that I'd be ok with him being a side note if he can just bring some intensity and desire when the playoffs begin.

I don't know about y'all, but I'm excited this season. I don't know if I'm more excited than last year, man that was fun (especially at the beginning), but I can see this team improving and gaining confidence. The role players on this team seem to be really answering the call this year, even more so than last season and that's exciting. It's even more exciting when you still see the fire and passion from the stars. Things are looking good, let's hope they are on they're way to looking great! 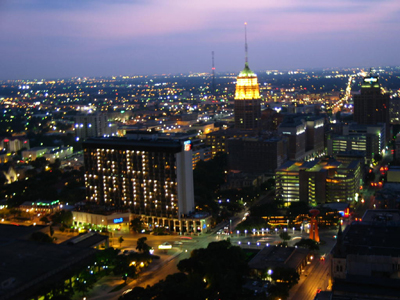