Share All sharing options for: Spurs Lose by 40 to Trail Blazers as Stars Rest: 97-137 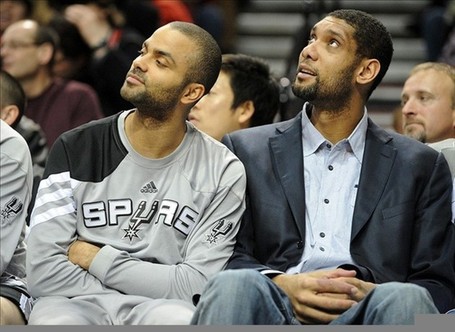 It was the perfect setup for the perfect blowout. Right after Gregg Popovich announced pre-game that the two healthy stars he has left, Tony Parker and Tim Duncan, would not play, he could have grabbed the chalk and wrote down one more win to the Portland Trailblazers' W column. Can you even call this a game? To say it was a practice session or a scrimmage is to undersell what truly transpired. Routs of this magnitude rarely happen in scrimmages, much less an actual NBA game, but newly-installed Blazers point guard Jamal Crawford, all-star forward LaMarcus Aldridge, Gerald Wallace, and even the much-maligned Raymond Felton all used the silver platter handed to them by Pop, and proceeded to beat the heads of what remained of the San Antonio Spurs' lineup with it.

A lot of people have said this has been an insane ride of a shortened season, and this match up might actually be the one that ends up taking the cake on which was the craziest among all games played, when we eventually take the time to reflect on the 2011-2012 season that nearly never was.

Since I live in the Philippines and work during what's usually game time in the States, before I had watched the game, I saw the 97-137 final score which put me in a quandry. I didn't know if this was a game that would be nearly impossible to recap or, on the other extreme, a contest that could set off a confluence of conflicting conditions: anger, confusion, intuition and inspiration, enough to create the perfect storm of a piece that could be key to finally unlocking the psyche of Coach Pop.

I had an option to watch the replay, but I think even the most masochistic of fans would dread even the thought of re-watching the massacre. That being said, in the same way that the fans who Popovich deprived by resting his stars (and ultimately destroying the NBA's product for one night) you get a non-recap recap so -- just deal "Neal" with it.

As Spurs fans, we're sort of used to these kinds of nights, rare though they may be. It's like an annual thing already rivaling that of the Rodeo Road Trip. I'm even expecting Stampler to drop a post blasting Pop for giving away a game that might have mattered down the road when seedings are being determined. A season wouldn't be complete if Extraneous G didn't get his one game where he just screws the NBA schedule makers, broadcasters and fans. I propose a holiday be made in honor of this practice, and Pop gets to choose when the holiday will be held. It should be fun. If he did, then he would probably choose have it recognized annually on a Saturday or a Sunday, as a true contrarian's response to being involved in creating another day that people can look forward to not working.

You've probably read it everywhere, and if you're a Spurs fan, you know it deep in your heart. The nearly unlimited trust that the organization has in Popovich allows him to make these types of decisions. Analysts use the cliche that Pop has a "longer leash" than all of the coaches, and it's true. He can probably mummy wrap another coach (I nominate Stan Van Gundy) with the extra leash he's privvy to, and still have enough left to start a dog-walking business.

But I'd like to hammer home an idea which others might not have fully explored yet. While Coach P's gambit or devil-may-care decision to practically throw away a game takes a lot of guts, especially with David Stern always watching like big brother waiting to drop a piece of tissue paper with an address that leads to "where the bodies are buried", it takes a huge dose of humility, too. A humility which could only be gained by a deep understanding of your team and how it fits into the big-picture championship puzzle. 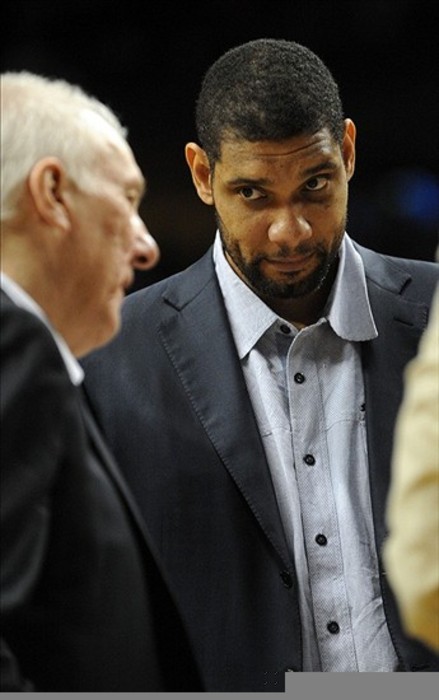 To admit that your squad is too old or too tired, too vulnerable, in the midst of an 11-game winning run? To risk getting mauled by 50 points because you're practically fielding a JV team out there? People can easily take Pop's actions as a no-nonsense, almost condescending sneer at common practice and normalcy. I'd like to think of it as tacit admission that he only has a few bullets left, that it has been one heck of a ride, but he won't go wasting those bullets just because he can't accept exiting without some drama. And I believe that most times, the humble man is the one who is most assured and at ease with himself even in dire straits.

When we criticize Popovich for what we see as his reticence to give new guys a chance (i.e. pre-'11-'12 Danny Green and Tiago Splitter, James Anderson, Ian Mahinmi), he understands that the elusive fifth championship still rests in the hands of his Big Three. In case you forgot, he used to play Duncan a ton when he had fresh legs. Pop's still normal like that, you know? But Father Time has an undefeated record: eleventy billion to zero, as it were. When one of the three stars isn't available come playoff time, Pop will certainly fight to the best of his coaching abilities. But I'm just as sure that at he's constantly forcing himself to face the fact that the odds are stacked unbelievably high against his team. 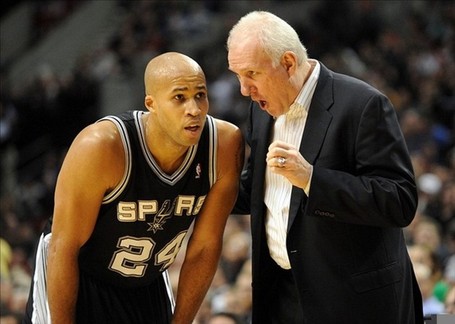 Pop: "Hey RJ, this game's boring me to death, so let's play a game. I'll give you a few words, and you give me a synonym for them. Ok? Here goes: absolution, forgiveness, remission, remittal ... What's that? No, no, no... I was just playing a game. We're not amnestying you. -- Well, not this season at least."

How will this day off for Parker and Duncan pay off in the long run? In reality, it's pretty difficult to quantify. Injuries happen unexpectedly, and last season's ending stretch of games saw the ailments to Tim and Manu that eventually led to the Spurs' demise. If this is how you think, it's perfectly understandable that in the end, maybe the rest option doesn't really have much of a long-term effect. Players will still continue to get beaten, bruised and nicked up, and muscles and cartilages don't suddenly become harder or tougher just because you took a one day vacation.

But as a coach who openly embraces his team's limitations? Pop would take any advantage -- psychological, physical or merely placebo-like in nature -- any chance he can get. Yeah, I think I'd still want to play for a coach like that.

3 - Gregg Popovich. He's either a magnificent bastard, or an arrogant old man too full of himself. One thing we can agree on -- he's been in this league too long and has seen everything the game has to offer.

2 - Kawhi Leonard is a stud. Pop went ahead and decided that the game's theme would be "R&R", but he played Leonard a whopping 43 minutes anyway. You read that right. Just 5 minutes of rest the ENTIRE game. That's Luol Deng's territory. Like Kobe "keep shooting 'til my blasted fingers fall off because I'm gonna get new ones installed in Germany anyway" territory. Like Jeremy Lin "turning the ball over ten thousand times while still Linning" territory.

Leonard is the modern day bionic man, and frankly, I won't be surprised if he had jet boosters in his hands similar to what Iron Man has. And the best part of it all was that he cared. He cared like it was Game 7 of the Finals. He battled like he was backed against a wall, and out of bullets with thirty people carrying M-16s closing in on him. He went out there and played as if the option on his contract hadn't been picked up and yesterday was the last day for the Spurs to decide on a new one. (Oh, wait... that wasn't Kawhi?)

1- It was James Anderson. Or at least, the part where "the option on his contract was not picked up." I gave him the 1st star as my contribution to helping increase whatever trade value he has.

Also see BlazersEdge's coverage of the game: The recap by Dave, and their media row coverage by Ben Golliver.

I hope the young ones on the roster learned a lot from this game. The absence of the top dogs shouldn't ever be used as an excuse for not playing hard, and most of all, for not playing the right way. The Jeremy Lin phenomenon has been great, but often overlooked is how, even if for several games, a team made up mostly of cast-offs came together and won games. We'll just have to see if the experience this brought will manifest itself positively when the games start to really matter.

Rest day and then the Denver Nuggets before the All-Star break. No more sit-outs please!