A breakdown of the Clippers 'Big 3'

Caron Butler is the third leading scorer for the Clips and before the Blazers game was averaging 20 ppg and 58% beyond the arc. He is essentially the Spurs Richard Jefferson but with more scoring. He shoots the second most amount of 3s per game for a swingman. He prefers the long jump shot or to shoot beyond the arc. It is understandable that he rarely drives to the paint because of his teammates, Chris Paul and Blake Griffin. So instead of driving, he tends to settle for the outside shot. With Griffin in the paint and Paul driving, Butler is a great 3rd option, who is capable of draining the 3.

Blake Griffin is going to slam dunk the ball. The only way this kid is not going to get a dunk is if he breaks his leg. He leads the league in shots at rim and makes at rim. He is 8th in scoring, 6th in rebounding, 3rd in double-doubles and 1st in dunking. He is the first player since Tim Duncan in 2002-2003 to average over 21points per game and over 11 rebounds per game. Although Blake is a great scorer he should not be the main focus of the Spurs tonight. Blake scored 28 on San Antonio in their last meeting and the Clips still lost the game.

Chris Paul is a threat from both the inside and the outside. He has a complete game that allows him to slice up defenses with three options: finish at the rim, pull up for a 3 beyond the arc or pull in the defense and dish out a dime to an open teammate. It will be interesting to see if Pop puts Leonard on Paul or keep Leonard off of Paul to disrupt the passing lanes. 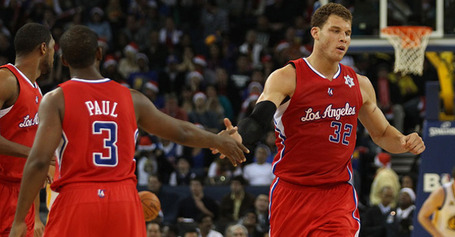 While posting one of the top records in the NBA, the Clippers have shown some weaknesses at home. Their record when trailing after the 3rd at home is 0-3. When their opponents have recorded more assists at their home, they are 2-3. When opponents have scored more than 110 points on their home court, they are 0-2.San Antonio needs to punish the Clippers lack of defense and put up a lot of points. LAC has very little defense and it needs to be exploited but in order to do this the Spurs need to avoid a RQC (especially in the 2nd half).

Two traditional strengths for the Spurs are negated when playing against the Clips. When opponents out shoot them from beyond the arc at home, the Clips are 3-1. Spurs are often outshooting their opponents from beyond the arc. Unfortunately, LAC does not seem to lose when this happens. When the opponent's bench has outscored their own bench at home, the Clips are 10-2. As a Spurs fan, we realize that our bench spends more time on the court than almost any other team. The LAC give their starters so much time that their bench is either unreliable, untrustworthy or just not up to par to help out the team. San Antonio can take advantage of this if, and only if, their bench is capable of staying with the Clipper's starters. Blake Griffin, Chris Paul and Caron Butler all log in more than 32 minutes a game. In fact, their starters are in an average of 31 minutes per game vis-à-vis the Spurs starters of 26.9 mpg. Expect to see San Antonio's bench play against the Clippers starters at some point. If the Spurs' bench can keep up with ‘Lob City', then we should see a Spurs victory. 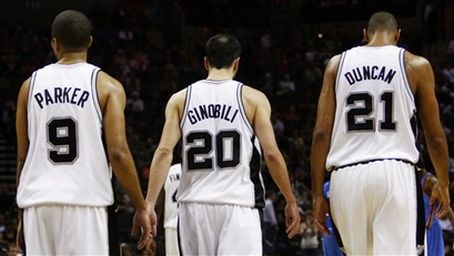 KEYS TO THE GAME

Keep them away from the Rim - this should be easy enough as San Antonio does a great job of keeping opponents away from easy buckets. Last time these two teams played, the Spurs allowed the Clips to make only 9 buckets at the rim. This is tied for the lowest allowed makes at the rim for the Clips. They also lost the other game that involved only 9 baskets at the rim as well. With Tim, Blair and Tiago forcing opponents to pass the ball to opponents outside of the paint, the Spurs should see some contested min-range shots from the Clippers. If the Clippers decide to challenge the Spurs inside, we could see the Clippers shoot a lot of freebies and punish the Spurs by putting them in foul trouble. That's a big if, because if they play the lazy game of going for the easier basket in the mid-range, then the Spurs should see a victory unless the Clips are hitting their mid-range jump shots.

Force to shoot long range jump shots in the 16-23 Feet area - Everytime the Clips have made 21+ shots at this range they have either lost or won a very close game.The Spurs are excellent at keeping opponents from shooting close range shots.Last time they played, the Spurs forced the Clippers to take out of the paint shots and the Spurs won the game. I suspect that we will not see a change of tactics here.

Tim, Tony and Tiago. The trip-C need to be in fine form as they seek to destroy the Clippers. Tony needs to drive the lane and slice through the defenders getting to the basket, making free throws and causing the Clipper frontcourt to get into foul trouble. Tim needs to pull out the opposing center by shooting his sweet, line drive mid-range shot and playing his usual dominant defense. Tiago is the keystone, because when the second team comes in, Tiago is their leader in the paint. Bonner, Neal, Green, Manu (for now) and Leonard will all look to get their a majority of their shots from beyond the arc. This leaves Tiago as the low man in the paint. With his sweet Brazilian moves, Tiago should school the opposing big man. With that being said, Tiago also needs to avoid any ridiculous fouls.

There you have it. A recipe for success.

If I was a Clipper fan my main points would be to keep Tony out of the paint, challenge every Spur 3 point attempt and force the Spurs to make stupid mistakes.If the Clippers can get a decisive turn over ratio against the Spurs, force the Spurs to take contested, unassisted shots, then the Clippers have a chance of pulling out this upset victory.