For those of you who don't know, DBB stands for "Detroit Bad Boys", and they are, officially, our unofficial sister (brother? cousin?) blog. In addition to being full of surly awesomeness, they are my blogging home away from home, and Mike Payne was kind enough to participate in another "Fraternizing with the Enemy" post this year, just like last year. It's only fitting that our teams play each other on Valentine's day, as the bromance between Mike and the rest of DBB and I would probably be overwhelming on any other day. There is a rich, rich history between our two blogs, starting last year with the FwtE Mike and I did. Many of them joined our game thread, and for a few weeks after several of us took time to post over there pretty frequently. The culmination came when Shinons mailed me a picture of a red panda...signed by none other than Robert Horry. I'd say that was the apex of the relationship, but I like to think of the apex as yet to come. 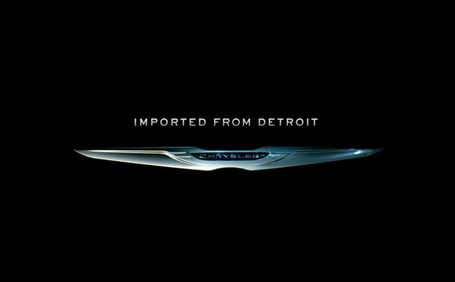 Due to the special nature of the relationship between PtR and DBB, we've done this post differently than the other FtwE's. First, you can read this post which consists of his answers to questions I sent him, and welcome the DBBers who visit us here. Second, go read my answers to his questions, and join them in their thread. And I've written the game preview for their site as well, so it's a triple dose today! Proceed to experience the primary stage.

SfS: So, the Pistons this year...young team full of potential, young team with no hope for the future, or just a team currently trying to rebuild?

"Trying to rebuild" would peg the Pistons pretty accurately, although "no hope for the future" is also accurate in the immediate term. The problems in Detroit remain at the top, where the Joe Dumars Convoy of Failure (tm) keeps on trucking. For the first time in years, the Pistons had a chance to begin to turn things around between the end of last season and the beginning of this one. Sadly, Dumars drafted another combo guard who can't pass, then was allowed to buy-out Richard Hamilton's contract only to re-invest in more-of-the-same. The expensive contract to a 31-year-old Tayshaun Prince was one thing, and the contract to Rodney Stuckey was another given that Detroit had him on the hook for a $3M qualifying offer. Last I checked, you don't rebuild by handing out more ugly contracts to players no one else wants.

So for the second year in a row, the only thing that really matters in Detroit is the draft lottery. I realize my tone has probably killed all interest in this game, but hey-- it's da troof. (sniff)

SfS: I haven't caught a Pistons game since the beginning of the season, so what is their general style of play like?

For the few games that it has worked, it's been a thing of beauty. There's ball movement, penetrating/passing, paint dominance and... dare I say defense? For the rest of the games this season, Detroit is playing ugly, they're not passing, they're turning it over left and right, and only Monroe is rebounding or doing anything remotely efficient on offense.

SfS: I know Monroe is a beast, and I know Jonas Jerebko has been the combo forward Joe Dumars dreams about. Tayshaun Prince still exists. You drafted Brandon Knight, how's that working out? That's mostly all I know about Detroit at this point.

Monroe is a quiet, gentle beast. If you're not paying careful attention, you probably won't notice that he just put up 20 and 10. His footwork-and-fundamentals (I really need to start saying that on DetroitBadBoys, as it describes the Monroad Warrior perfectly) style-of-play can be subtle, but also entirely exciting at times. When he's on, he is unstoppable in the paint. He'll use a series of pump-fakes and drives to swing around his opponent in either direction, resulting in a layup at the basket or the occasional dunk. He can connect from 16', although I prefer him to pass to a cutting guard from that position. The crazy thing is that this kid is still developing and still so young-- he's only 21 years old.

Tayshaun Prince still exists. And if you can't tell from my tone, I am none too happy about that. He is the fast-break killer, the shot-clock burner, the black hole that is known at DetroitBadBoys as Isolayshaun.
Brandon Knight... I wasn't happy about the selection of Knight this summer. In Kentucky, he was basically a shooting guard who was asked to play the point. In the NBA, he has a lot more in common with Ben Gordonthan he does even a serviceable point guard like, well, Rodney Stuckey. He's a turnover machine, and those turnovers come from poor ball handling, not from bad passes.
The crazy thing is that nobody saw the Brandon Knight pick coming. I had been promising that I would rob a 7-11 and hold a hostage standoff with police if Dumars drafted Kemba Walker, but I wasn't prepared for Knight. I didn't have a ricin-in-the-subway scenario laid out yet. So a bag of poop to the Dumars residence will have to suffice.
Knight might end up being a solid NBA player. For him to become a serviceable point guard, however, he'll have to develop a passing game. The likelihood of him doing that when he hasn't already established that core competency is terribly slim. I would much rather let someone else invest in that hope. By that, I would have preferred to trade the pick before the draft, and I'm just as open to trading Knight before the deadline. Will Dumars? Not a chance...

SfS: What are the hopes for this year: a high lottery pick, a new GM, a Greg Monroe all star appearance?

If I had my way, all three. Anthony Davis, slated as the top prospect in the draft, would fit together with Greg Monroe like a glove. Davis' above-the-rim, defensively-focused shot block bonanza is a great match for Monroe's cerebral, footwork-and-fundamentals style of play. A shot at Davis would make me a happy camper, and could push Detroit into the playoffs in the weak East.

As for Dumars, the Pistons new owner talked a big game about accountability and an itchy trigger finger if things don't go right, but I couldn't invest much in that. Tom Gores has kept Dumars around, hired a stats/analytics guy (finally) and suggested that moves would need to go through the Gores camp before getting ok'd. Then Dumars gave two big contracts to below-average players Detroit doesn't even need. I have a feeling the guy is going nowhere fast...
As for Monroe and the All Star Game, I'm not offended that The Moose didn't get The Nod. If you're a John Hollinger fan, he's been the 2nd most productive starting center in the league this season behind Dwight Howard. I personally don't buy into PER much, but in reality (and while wearing my homer glasses), I'd consider Monroe to be the 2nd best center in the East this season. But Detroit isn't winning, and Monroe isn't a highlight player, so I'm not rubbed by the snub. If it happens next year, however, Payne Brady will have to choke a coach.

SfS: How do you feel about Lawrence Frank?

Ya know, it's pretty difficult to judge at this point. The easiest way to get the feel for a coach's value is to see how they perform toward the end of close contests. That coaching chess match is a good way to get an idea for who's real and who's not, and Frank hasn't really had that shot yet. Let's hope he doesn't get it when the Pistons play the Spurs, as Gregg Popovich is the Kazsparov of Koaching. For now though, I have little reason to complain. The only thing that grinds my gears is when Tayshaun Prince attempts 17 shots in a game and Monroe only gets 9. Prince will hit, eh, six of his, while Monrobocop will have cleared 8 of 9. To quote Tayshaun Prince, "it's buffoonery".

On a blog-note, I've incorporated Red Pandas in to PtR culture. In my epinion, this is quite an accomplishment. I've attempted to make epinion take off, but no SUGARCOAT, the wisdom of coach DP just doesn't STICK over here like he does there.

To read my answers to Mike Payne's questions, head over to to DBB, and say hello while you're at it.