The Spurs and the Wild Wild West

Share All sharing options for: The Spurs and the Wild Wild West

So as we close in on the half-way point of this shortened NBA season your beloved San Antonio Spurs sit at 19-9 good enough for third in the Western Conference. Are the Spurs contenders in the West? If so, who are the teams to beat? In this uncertain year of weird schedules and even weirder results, San Antonio is getting back their best player in the midst of their longest road trip of the year and just happen to be playing their best basketball of the year. Teams like Dallas and the Lakers are struggling to keep pace, while the young guns in OKC and the "other" LA team are setting the bar. It's an odd year to say the least, so let's take a look at the contenders and pretenders in the West.

First, here are the current standings:

As you can see, the West is wide open with the top 9 teams separated by only 6.5 games, with the next 4 teams 3 games or less back of he 8th seed. I think the only team that is clearly out of it is the NOOCH with only 4 wins at this point in the year.

So here is a list, in order of current rank in the conference, of teams and my thoughts on them and their potential in the West:

The Thunderclaps are young and athletic, they can beat any team in the NBA on any given night. The two issues I can see that will hurt this team come playoff time is the lack of experience (although they did pick up a good bit of that last year) and lack of depth. The talent is just getting better, but can this team overcome the kind of mental break downs they had in last year's playoffs?

Even if they can't, they're going to be a tough out and will probably have home-court throughout to and thru the WCF. If this team can get it together on defense, they will be the top contender in the conference.

Don't take me rating this team as a pretender as me disregarding them. The main issue for Lob City is that you've got to do more than score and dunk when the post season starts. There is little to no defense played in Griffindor these days and if that continues they won't last long in the playoffs. The Clips rate 24th in Defense Rating at Basketball-Reference.com

I wouldn't be surprised to see the Clippers win a first round series against a lesser team and then get knocked out in 5 games or less in the second round. LA's other team will need to get some experience and defensive toughness before they can make a legit post season run.

Veteran laden teams usually do well in the post season, so you won't want to be looking past the defending champs. Of course if Dirk doesn't get right this team is doomed. Vince Carter, Jason Terry and Jason Kidd are not enough to get out of round 1, much less make any noise beyond. That said, this team with a healthy Dirk can get hot in a 7 game series and be the end of a better team.

I look for the Mavericks to improve throughout the year and possibly end up as contenders. That will mean that they remain healthy and don't get worn down over the year. As I said, veterans who have won will be tough outs and one does not want to be counting ones chickens before they hatch. 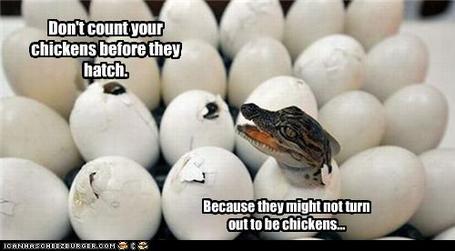 Veteran laden team with more talent that the Mavs and even more experience. I put the Lakers down as contenders for two reasons: 1. Kobe can go off at any time and 2. So can the rest of their team. The Lakers have some serious flaws. A lack of a solid Point Guard and no bench to speak of. That said they're solid on defense, 11th in Defensive Rating, and they're getting better as they become more familier with Mike Brown's defense.

We've seen a lot of the Rockets so far this year and needless to say they have given San Antonio problems, but you expect that from a division rival. I don't see Houston being a serious contender as they don't have that one "go to guy" that every contender will need come playoff time.

That said, the Rockets are a nice offensive team and are middle of the pack when it comes to defense. I wouldn't mind if the Spurs didn't have to play Houston in the post season, but I think that our boys will have come a long way from all these early season games that they struggled in. If the playoffs started today it would pit the old I-10 rivals against each other in round 1. I tend to think Houston might be on the outside looking in when the post-season starts.

Denver is young and fun to watch. They have slipped a bit from their early season form, but I expect them to make the playoffs. Denver has similar problems as Houston, good offense, mediocre defense. They also don't have that go to guy that you want to take those end of the game shots. I see the Nuggets being part of an entertaining first round match up with whoever they play, but not really having much of a chance of advancing.

I'd actually be surprised if the Jazz end up making the playoffs. With Portland and Memphis close behind I think Utah will come back down to earth a bit. In fact, that falling from the top seems to have already started with the Jazz. This is another team that lacks that true star to help them take it to the next level. The Jazz are a player or two away from being real contenders, in my opinion.

The only reason I consider Portland to be pretenders is because they are inconsistant. They rank in the top 5 in defensive rating and are 11th in offensive rating. So why are they 15-13 and currently in 9th? If this team can figure out a way to win consistently and develop that mental toughness they are going to be contenders and they will cause all sorts of match up issues for any team they face. The Blazers have the star and maybe more than one and I for one hope the Spurs do not face them in the post season as it would be a long difficult series.

With Zach Randolph out and the team having to lean on Rudy Gay and Marc Gasol they aren't scaring us this year. I'm not sure this teams wasn't a tad bit better when Gay wasn't there to lean on. I'm sure when Z-bo gets back that they will pick up more wins and ultimately make the playoffs. I'm just not sure that last year's run wasn't just a bit of hot shooting and bad play by our Spurs. Whatever it was, Memphis needs their big man back in order to make a run at the playoffs, much less a run in the playoffs.

I think the T-pups have taken over where the Memphis was last year as the worst match up for San Antonio. They aren't a great team, but they've got some really talented guys that can ruin your playoff run before it gets started. I doubt they'll end up in the playoffs with some many teams in front of them, but if they do manage to squeak in, I hope it's not against the Spurs. Kevin Love and company give our boys fits.

I am much more worried about teams with experience and veteran leadership than I am of teams that are young with little to no playoff experience. I think the Lakers and Mavs will be tougher than I'd like to admit if they are healthy. With guys like Dirk and Kobe you don't ever want to count them out. I do think that the Thunder will be the team to beat in the West. The experience they've gotten over the last couple of years will go a long way to helping them achieve playoff success.

As far as the Spurs go, there aren't any teams out that there that San Antonio couldn't handle. Every team in the West has a weakness to be sure, but a lot of them can upend anybody on any given night. The West is there to be won, but it's going to take solid play and a bit of luck to navigate this minefield of streaky teams.

SoS and other data from Basketball-Reference.com