The Assassination of Gregg Popovich by the Coward David Stern

Share All sharing options for: The Assassination of Gregg Popovich by the Coward David Stern

The Brad Pitt/Casey Affleck movie I derived the title of this from was slow (some called it boring) yet undeniably beautiful and rewarding to the few people who actually invested themselves in seeing the whole 160 minute film (Tell me that doesn't sound like a description of the Spurs before the last two year's offensive revolution). It told the story of Jesse James, the likeable renegade who had been living outside the law for years, and Robert Ford, the envious, petulant, man-child who obsesses over and eventually kills the protagonist. I don't think David Stern is so out of touch that he believes himself to be anything other than a loathed coward, so what better villain to emulate? 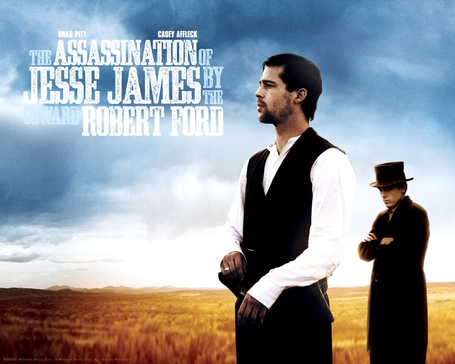 The problem is that he took his shot and he missed. In the same way that the outlaw's slaying, and how yellow-bellied it actually was, helped further the cult of Jesse James. David Stern's "substantial sanctions" bullet will only serve to galvanize people further in favor of Popovich, the renegade coach. Shoot, last week might be the most popular the Spurs have ever been, and they've won 4 Championships in the past decade and change!

Twitter was replete with variants of "Tonight, we are all Spurs" tweets from a diverse audience ranging from bitter rivals, to folks who on any other night, are largely apathetic to the NBA. So if you're scoring at home, that's Popovich 1, Stern 0. Well, in actuality, it's really more like Popovich 11 or 12, Stern 1 or 2 (depending on how you credit a parry or two).

But what's the real reason Popovich did it? Why bench the "Big 3" (and Danny Green, who must be absolutely elated at the company he now keeps) and fly them home? The naïve among us may answer that he did it simply to rest them, and it had nothing to do with the fact that they were playing the Heat at the end of a road trip that would've been one of the most formidable of last year's lockout-condensed season. The cynics could claim that he did it because he thought he would lose to the champs anyway, so, like a good military tactician, he knew when to retreat. The Spurs fan may offer that HE IS A GENIUS AND IF HE DECIDED IT, THEN SO IT SHALL BE.

I suggest that he did it because he's the guy who hacked-a-Shaq on the first play of the 2008 season after Shaq called him out about it that offseason. Because he's so good at trolling interviews that he takes your attention away from Craig Sager's outfits. Because he's secretly the funniest guy in sports. In short, that he did it for the LOLs.

And also because he's a genius.

Popovich is not only playing chess while everyone else is playing checkers, he is playing like 9 games simultaneously. He will usually outcoach his opponent, but his true transcendence is that he outcoaches his own team. When the Spurs get on a really long win streak, Pop might just go ahead and rest all of his starters so that they DON'T get that record, to help keep them humble and hungry. Pop knows full well that the turning point last season came against the Mavericks, when the bench battled back from nearly 20-down and almost beat the, yes, reigning champions. He let those bench guys play in overtime while the "Big 3," who were on an off-night, sat next to him and watched. For a player like Gary Neal or Roger Mason Jr. or George Hill, to have Gregg Popovich, the greatest currently doing this coaching thing, put his utmost faith in your ability against anyone, ESPECIALLY the reigning champs? Well that pays off huge. That's how those "non-marquee" guys end up making a clutch three pointer in the dying seconds of a playoff game to the commentator's disbelief (unless that commentator is Sean Elliot, of course).

Like Jesse James, this will be just another escapade in the ever-growing legend of Gregg Popovich. Years after he is gone, we'll glowingly recall stories of his feats and hijinks. And in the same position that Robert Ford occupies in history-anecdotal at best, if not abhorred-David Stern, too, will fade. He will get no grand recollections for his actions which were thought brave by no one else. The glory that he so desperately sought for his league (and really, for David Stern) will end up painting him a coward.