It's been a while since I posted any photos, so this will be a composite post of photos from home games in December. Enjoy.

Let's begin with the Grizzlies game on December 1, the first game after Restgate. 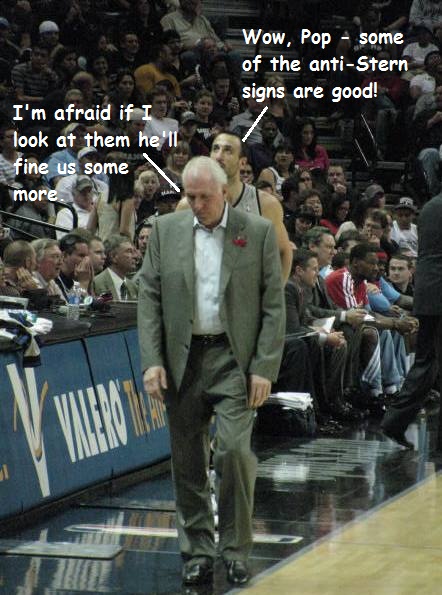 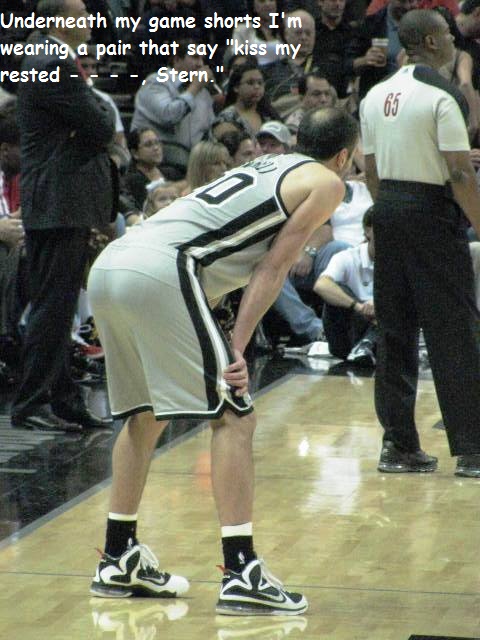 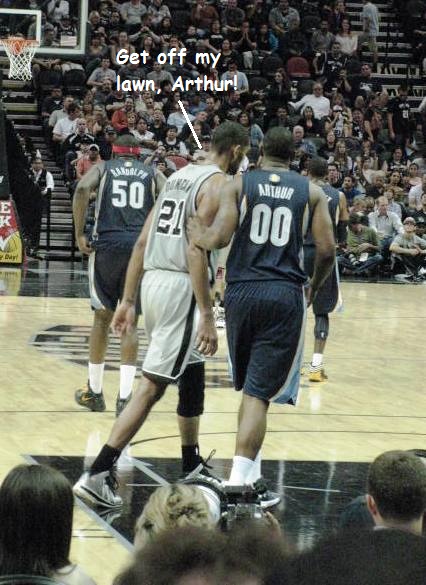 After a couple of days of rest, the Milwaukee Bucks came to town.

The Spurs were without the services of Green, Mills, Leonard, and Jackson for this game. 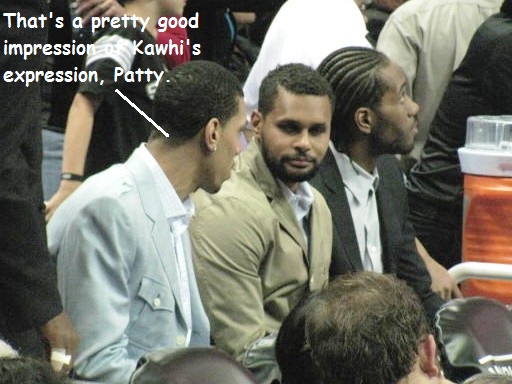 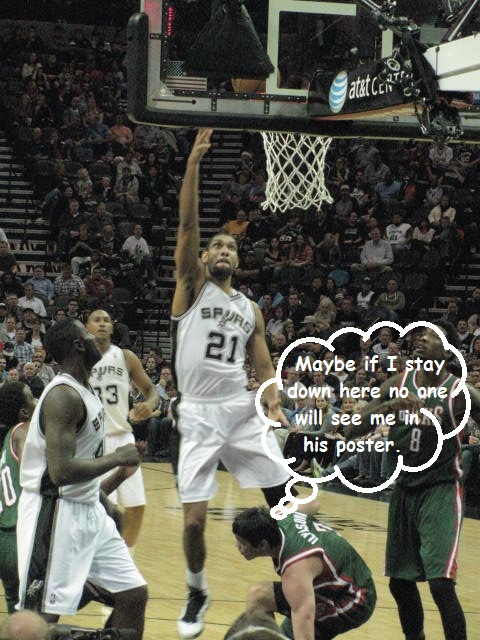 Parker led the way with 22 points. With the roster depleted by injuries, there were moments with Tony and Cory Joseph on the court together. 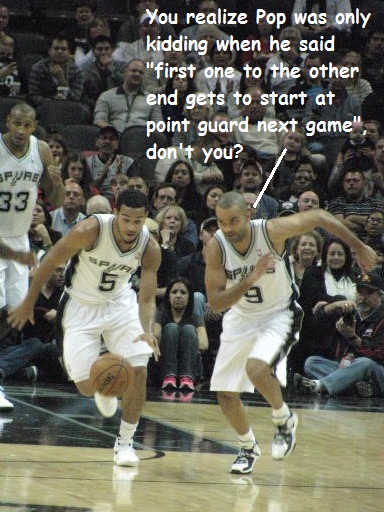 Just in case they were needed, Manu was seen giving the twins some pointers on dribbling before the game. One of them seems to have mastered the "Tony Parker stick out our tongue when you're concentrating" move. 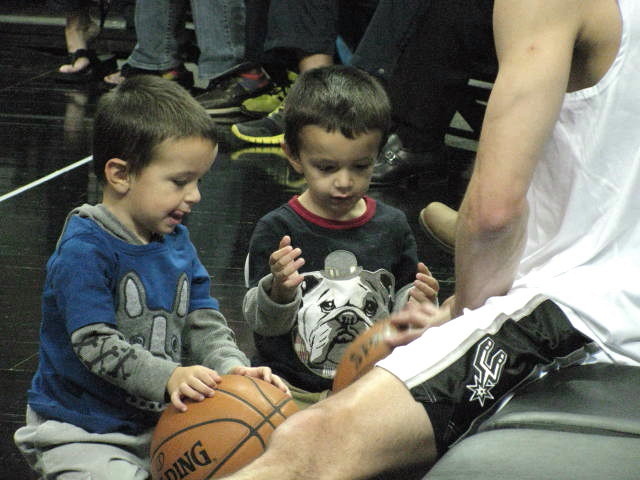 Next in town were the Houston Rockets with many new faces:

Tim appeared to be growing his beard out - with a bit of grey in it - just to show Harden he isn't the only one who can grow one. 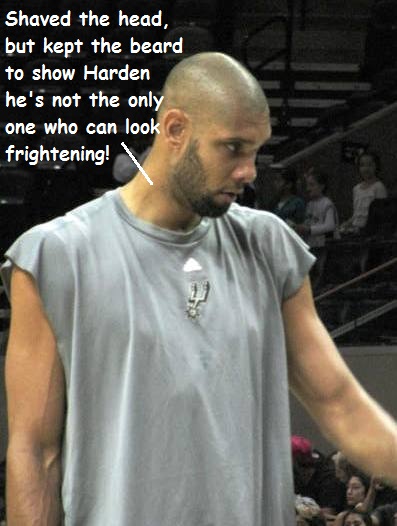 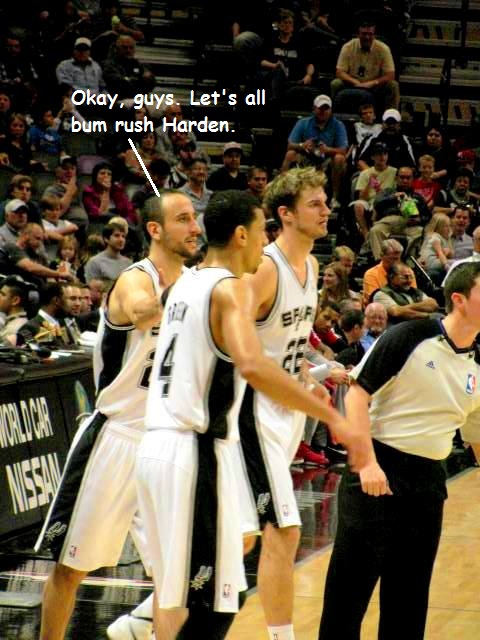 A long road trip ensued, broken only by a single home game against the Celtics.

Tiago seemed more than relaxed before the game, his first start at home. 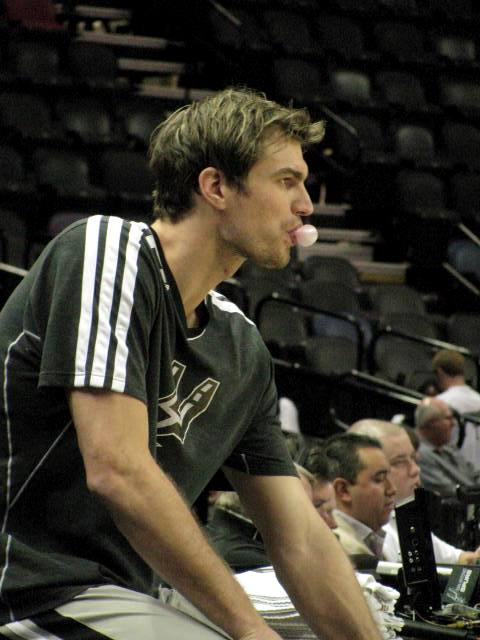 Jet Terry received as many boos in Celtic green as he used to in Mavs blue. 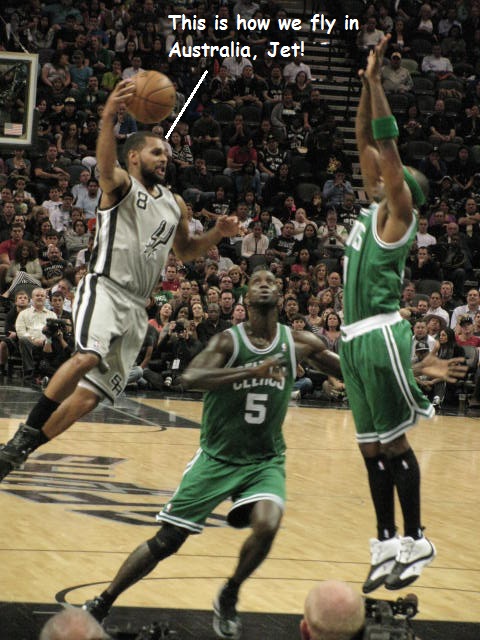 Brazilian teammates Leandro Barbosa and Tiago shared a smile on the court. 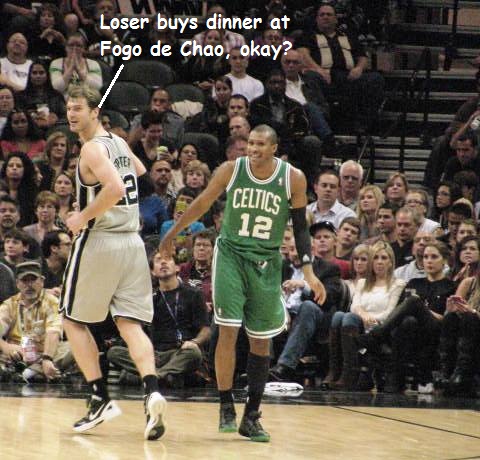 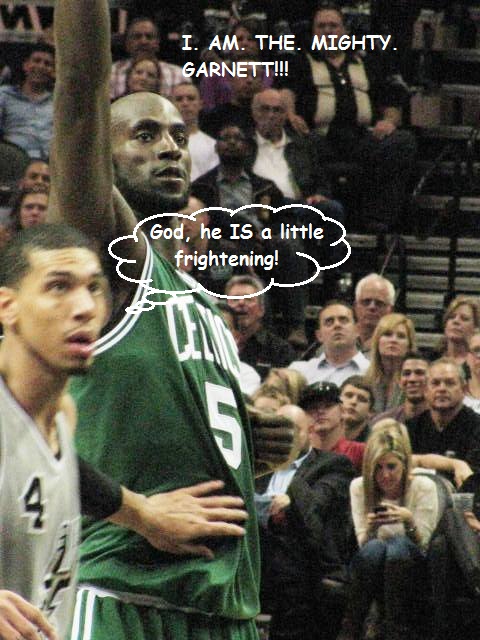 The Hornets paid a visit and proved a tougher "out" than expected.

Duncan brought the ball up court several times in this game. 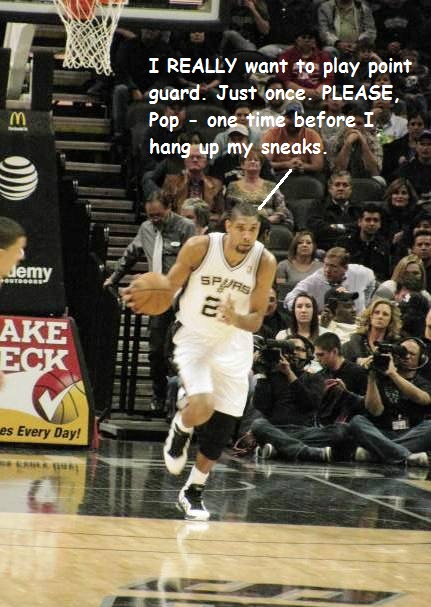 Tim also gave a few lessons to number one pick Anthony Davis (who is much skinnier than I thought he would be). 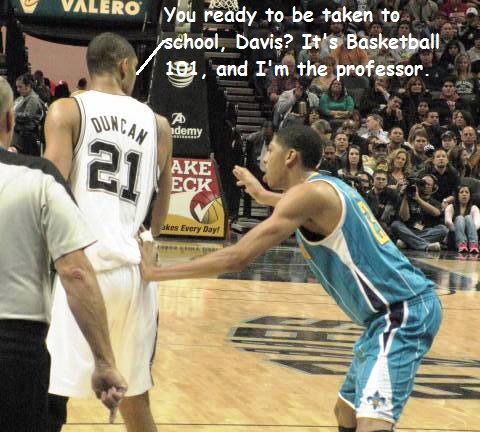 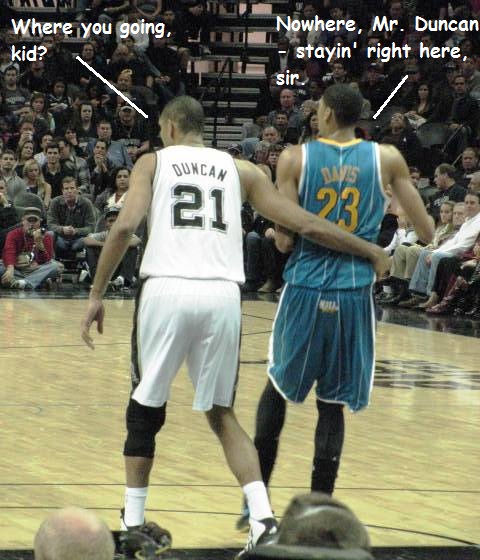 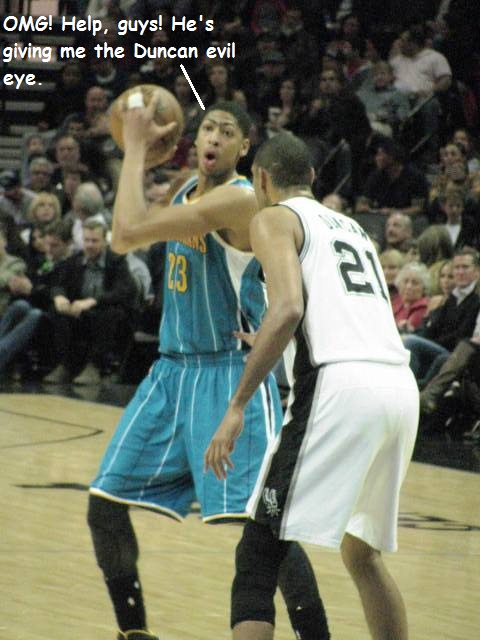 Davis wasn't the only Hornet to get the Duncan treatment. 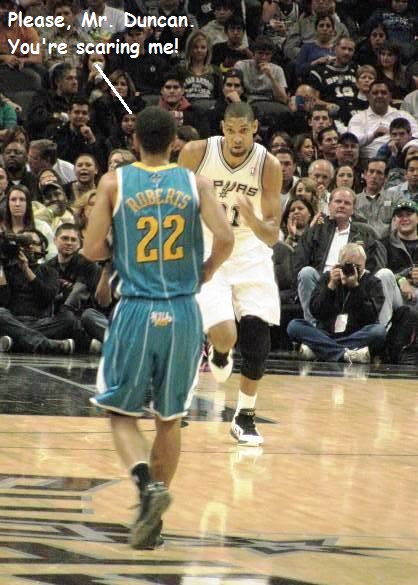 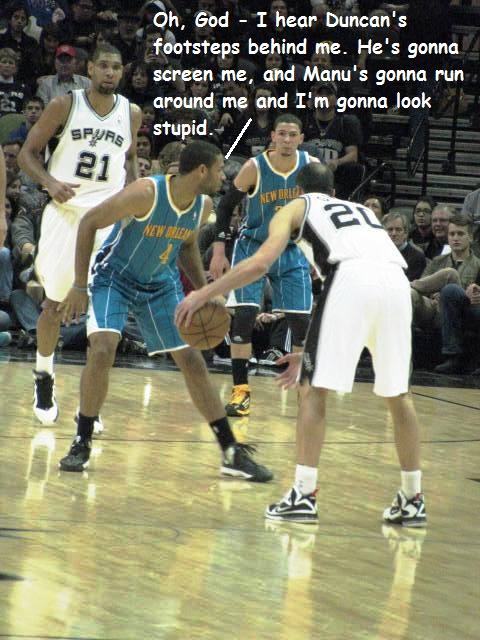