Just some random shots and stories from the first two home games of the season: 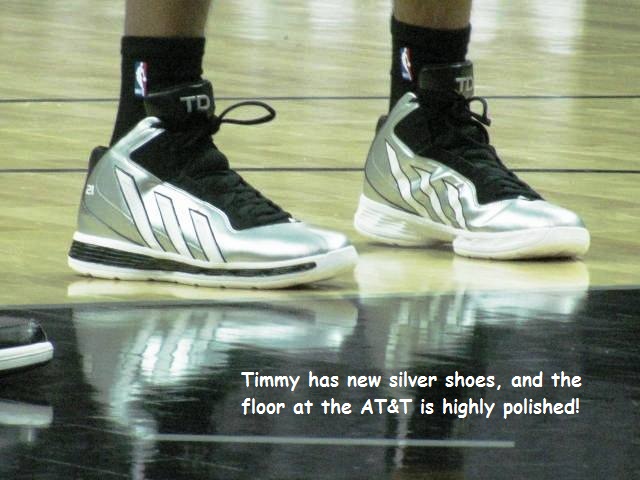 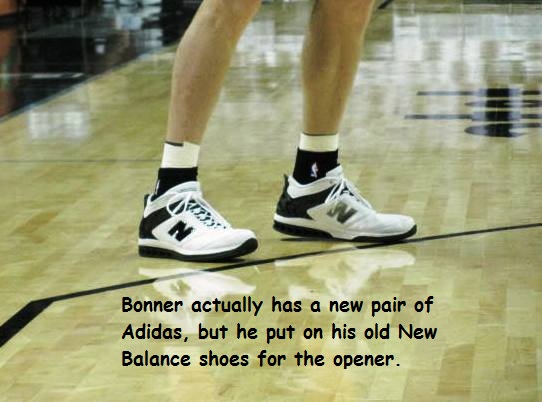 And Tiago is not laughing at Bonner's shoes. You will have to read all the way to the end of the post to find out what has him giggling during warmups. 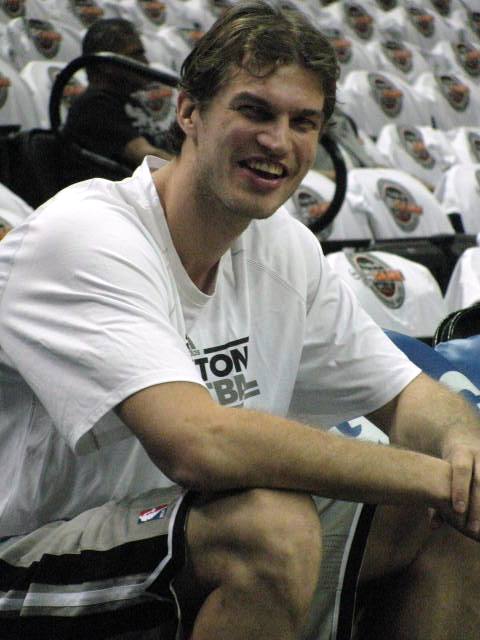 Stephen Jackson was selected to welcome Spurs fans to the new season. I really expected a rap! 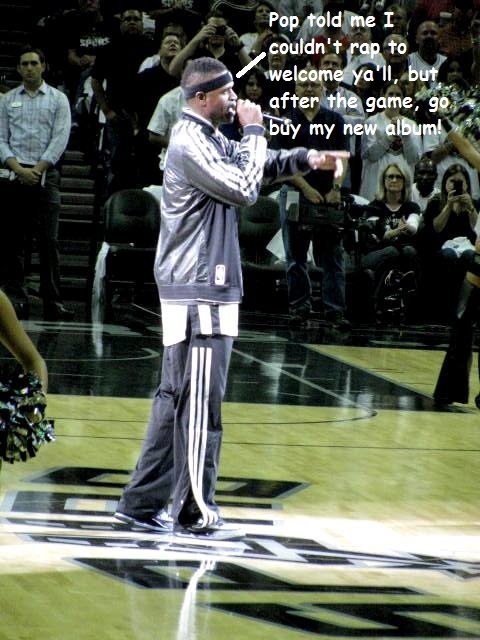 And then there was the first between the quarters interview with Pop. Here's what you didn't see on NBA TV: the expression on David Aldridge's face as Pop was explaining why "happy" was not a word associated with a basketball game. 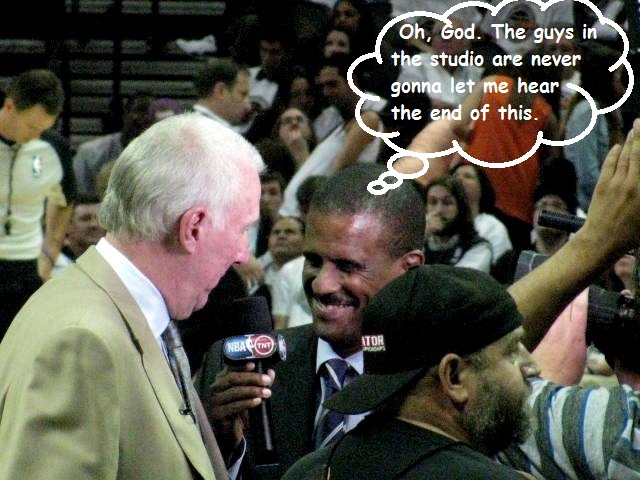 Zach Zarba was back as the lead official tonight. He came out early to check the replay equipment, wearing Spurs' colors. 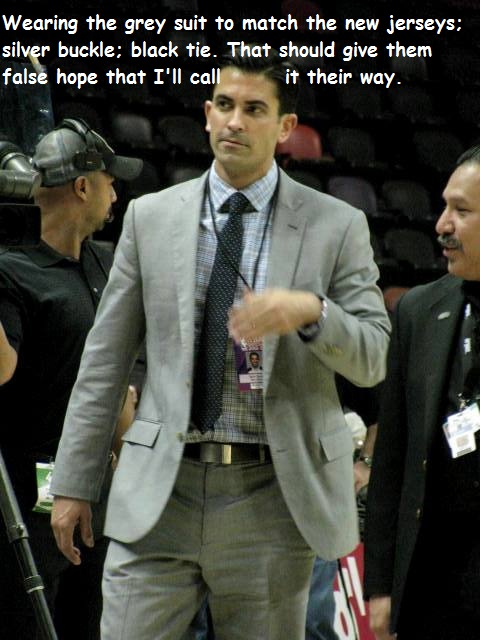 Manu's has returned, and didn't seem to be worried about his back as he drove hard to the basket for his first points. 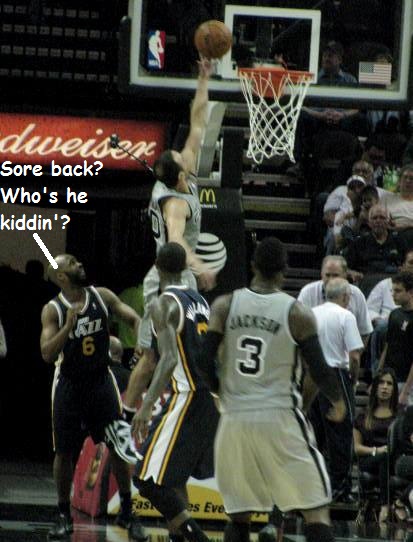 Tony also found the shooting easy in the paint. 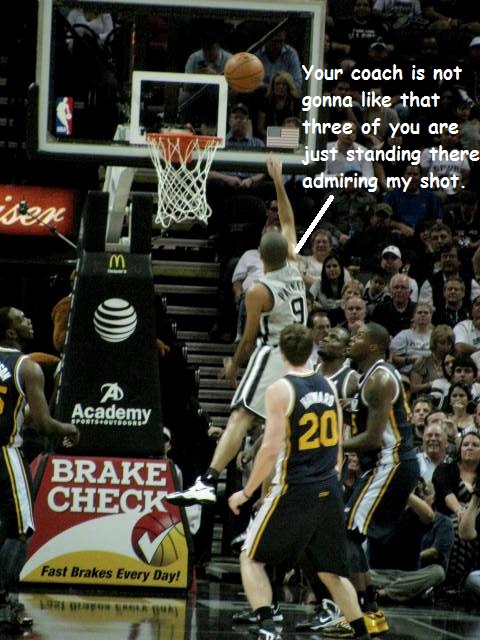 Timmy continues to amaze with his youthful energy, but I don't think he'll be the next model for the NBA logo. 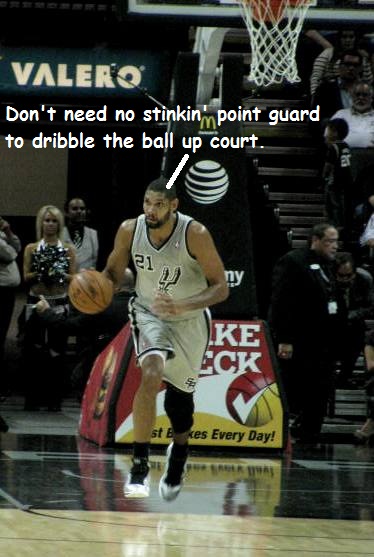 When the game got close in the second half, Tiago was like Linus and his security blanket: 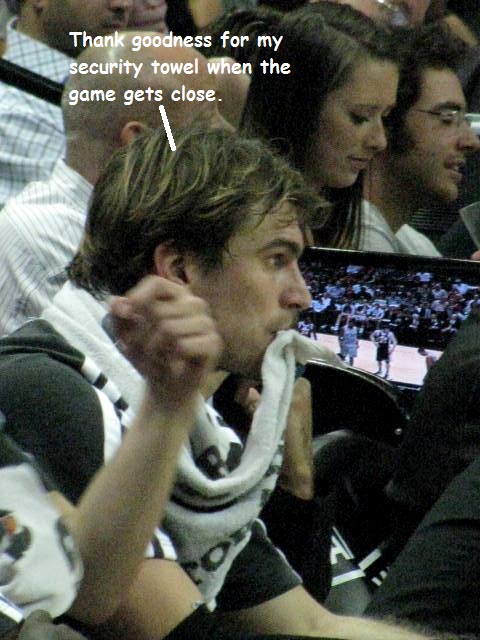 After he finished warmups, Manu sat down with his wife and the twins for a while. As someone who has done thousands of quad sets in physical therapy over the years, I am always envious of Manu's quads. Also, the little Ginobilis each get a ball to hang onto while papa warms up. They haven't quite got the hang of dribbling such a large basketball (but the one in green appears to favor his right hand). 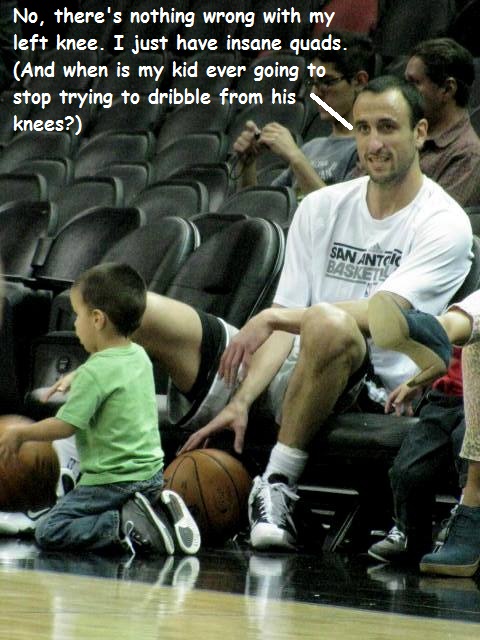 This photo is just a lucky "catch" - the ball at the bottom of a dribble, flattened against the floor. 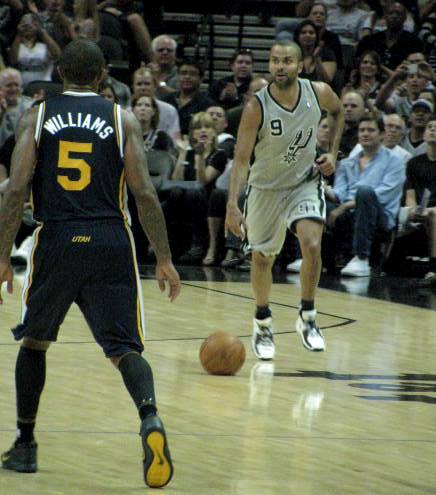 Okay - why was Tiago laughing during warmups? He had been chewing bubble gum and blowing bubbles, so I asked him to do it again so I could get a picture. He started giggling and blushing, just shaking his head. I knew if I waited he would forget and blow a bubble, and sure enough, I caught it. I had to react fast, so this isn't the best pic in the album. He knew he'd been "caught" and laughed some more. 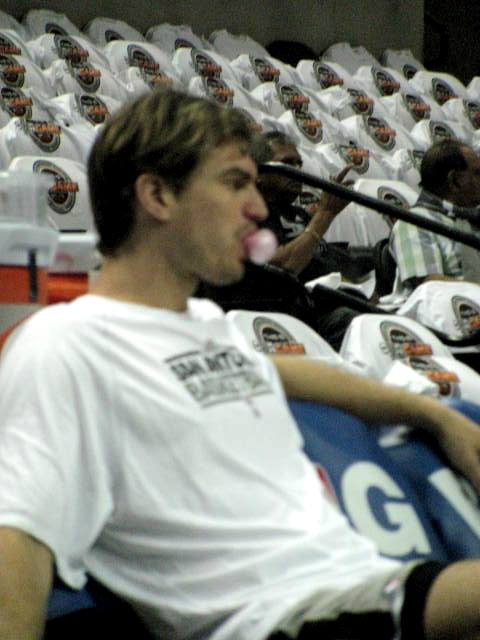